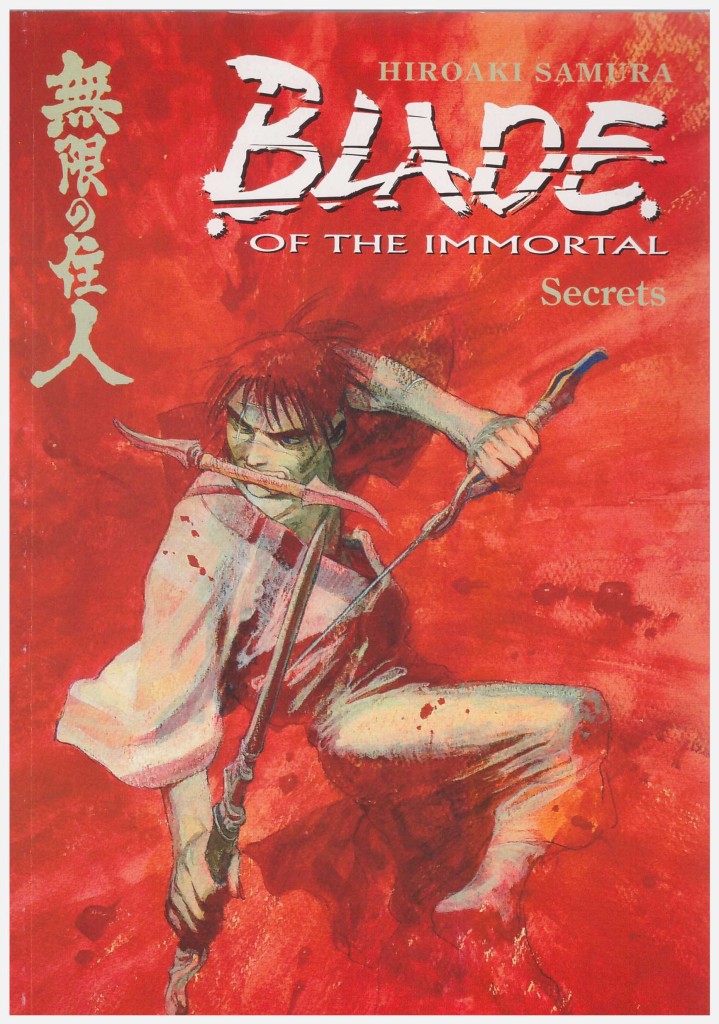 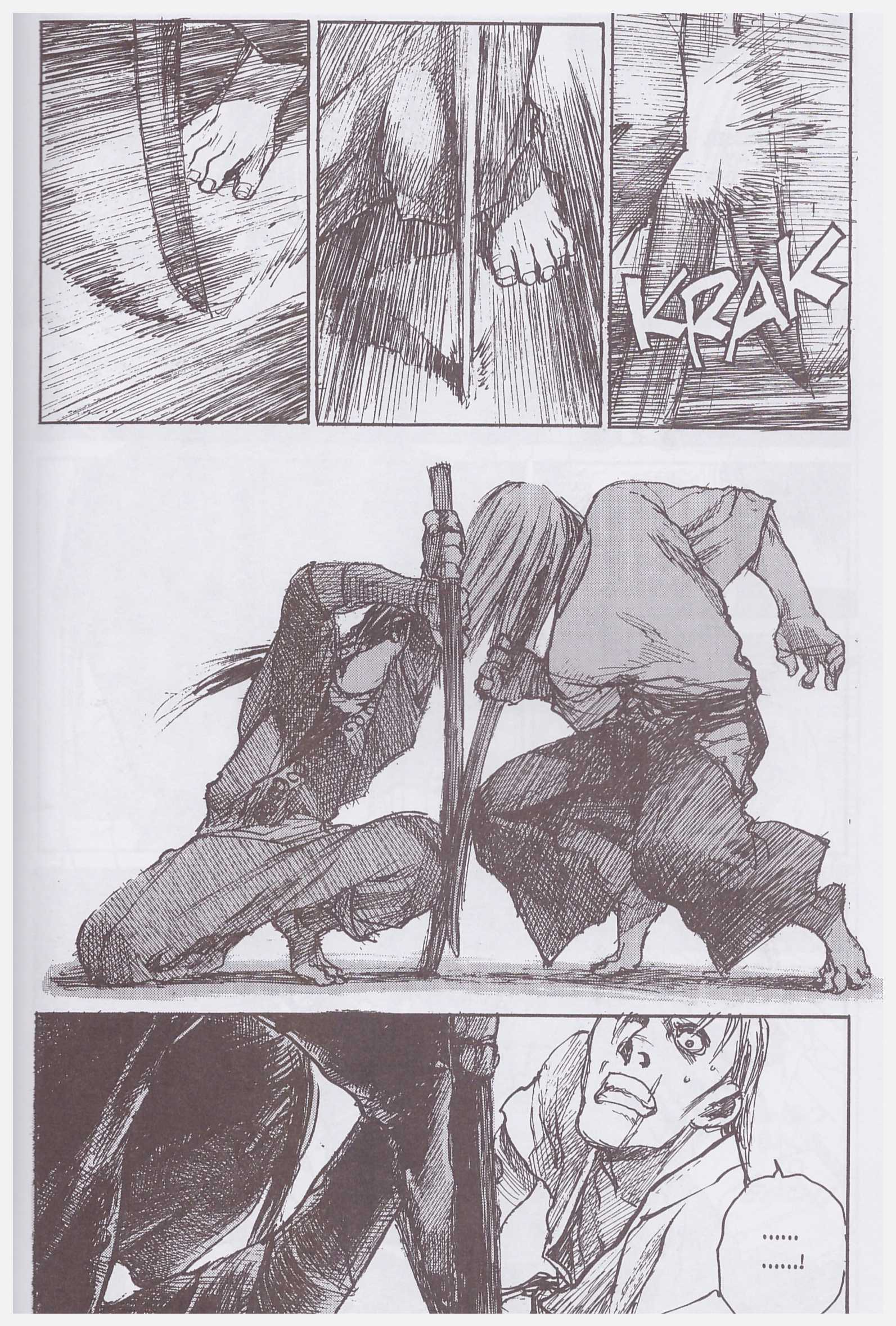 Hiroaki Samura’s confidence in spreading the attention around his cast is displayed by it being almost halfway through Secrets before we drop back in on Manji or Rin. Considering their circumstances concluding The Gathering Part II, it’s toying with the audience patience, but delivers a brilliant sense of suspense as we become embroiled instead with the doings of Anotsu Kagahisa, leader of the Itto-Ryu swordsmen.

By means unknown Anotsu has either evaded or passed safely through the checkpoint that caused others so much trouble, and is first seen on his way to the city of Kaga. Here he receives a surprise conditional offer, but not before there’s been a discussion of his philosophy and how this might apply to other schools of swordsmanship. To this point Anotsu has been very much an end justifies the means man, and while it’s apparent he’s playing an ambitious long game, will he have to modify his approach?

Secrets is an apt title as much is revealed here. We discover who the Mugai-Ryu are, and with that a likely stab as to why they’re following a certain course of action, and we discover that perhaps Anotsu isn’t as secure as he may have thought with a carrot that’s been dangled before him. He, though, isn’t aware of this. Samura throws in another secret here, one tossed off in passing and chuckled over by Manji, yet it undermines much of the foundations of Rin’s beliefs, even if she’s not present to appreciate it. It’s entirely logical, and will change nothing, but it’s a lovely touch.

Until this point any political element to events in Blade of the Immortal have been in passing and brief, but over the past few books political concerns have crept into the spotlight, and now move increasingly to the foreground. Official tolerance of the Itto-Ryu swordsmen lying waste to other dojos was a layer of revelation peeled back in Dark Shadows, while what Manji learns indicates problems in the future.

The book concludes with Manji making a surprise ally to see to some unfinished business, but that won’t be settled until the book after next, Autumn Frost. Before that there’s Beasts, which more than lives up to the title.