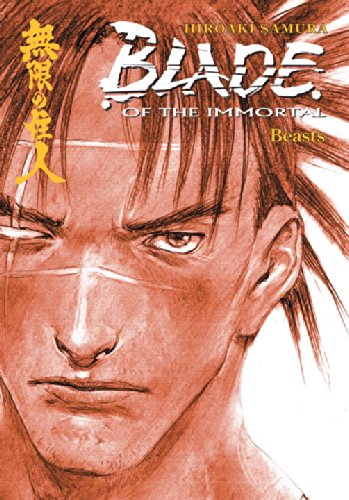 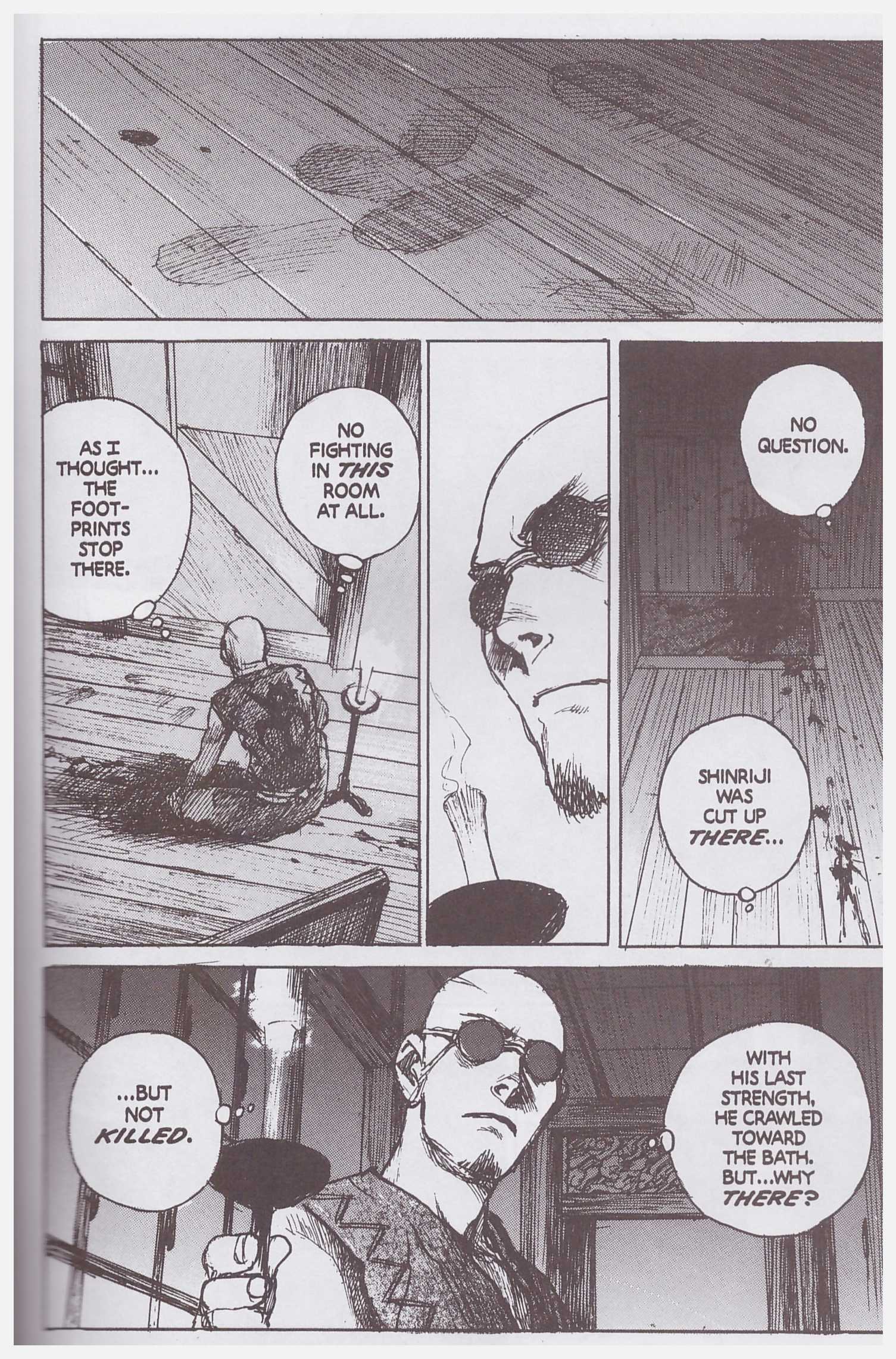 With all the attention that Hiroaki Samura has lavished over recent volumes in displaying some nobility and conscience among the upper echelons of the Itto-Ryu, he’s also constantly reinforced, verbally at least, their low class origins. The fact of the matter is that their qualification for membership is swordsmanship and fighting ability, and ethical concerns are minimal.

We’ve previously seen that not all Itto-Ryu swordsmen are paragons of honour, but Beasts is aptly titled, as within we’re introduced to some of the real scum among them. For all her occasional smugness, Hyakurin has been presented as a sympathetic character, yet Secrets revealed her past, importantly for Blade of the Immortal, without contextualising it. That context arrives in the final pages here, yet to claim anyone’s redemption lies in what she endures requires a distended view of life.

This is a graphically violent book, the brutality punctuated by brief interludes into the past, characterised as usual by the page borders switching from white to black. We eventually learn the full circumstances of Hyakurin’s background, and it’s suitably tragic, as might be expected.

Possibly not expected, particularly after a superb cover portrait of Manji, is that Samura would absent Manji and Rin entirely from the five chapters of this book. This hasn’t previously occurred, yet the world and cast Samura has created is so rich and evocative that despite Secrets ending on a budding and buddy quest (continued in the next Autumn Frost) we’re sucked into this new story. Another secret is revealed within, but it’s one that the more astute ready will have already guessed.

As ever, Samura’s art is a masterclass, delicate when required, emotionally subtle (not much requirement for that given the circumstances) and as richly textured as his plot. Giichi has featured in the past few books, more as a background character after his terrifying introduction in Dark Shadows, but the reason for his distinctive and memorable appearance is apparent as he plays a central role.

Some may find the relentless violence disturbing. It is harrowing, but there’s no glorification. It also contrasts the violence of the series in general, which is swift and usually fatal, rather than the prolonged torture seen here. As unpleasant as it may be, it’s required for the larger picture, and Samura has never shied from the unpalatable aspects of the society he’s depicting.