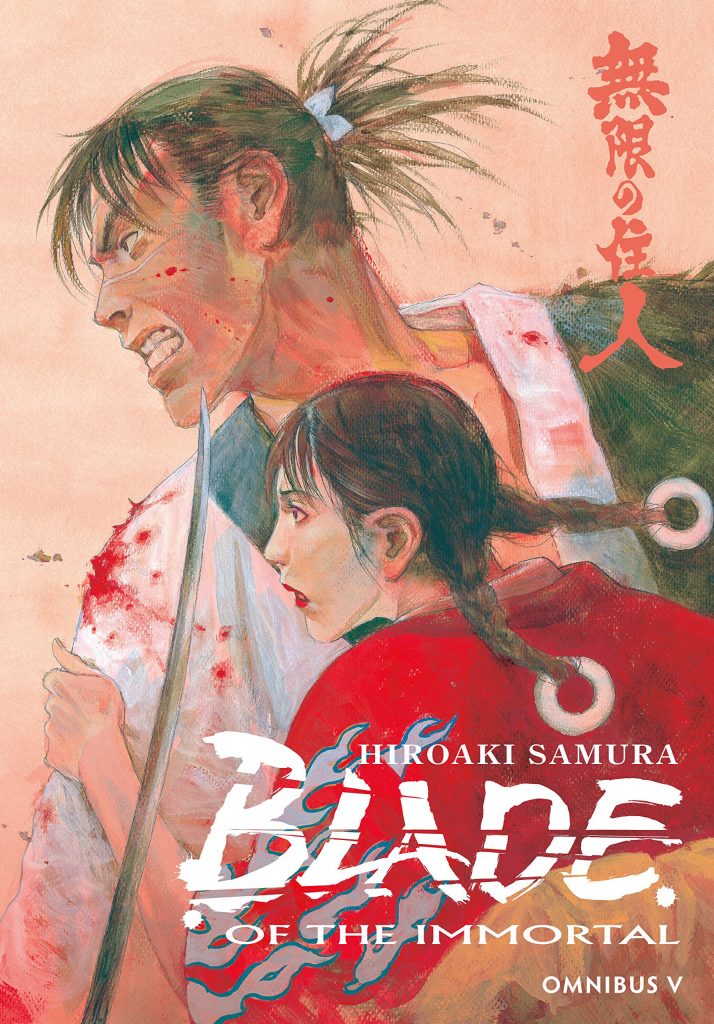 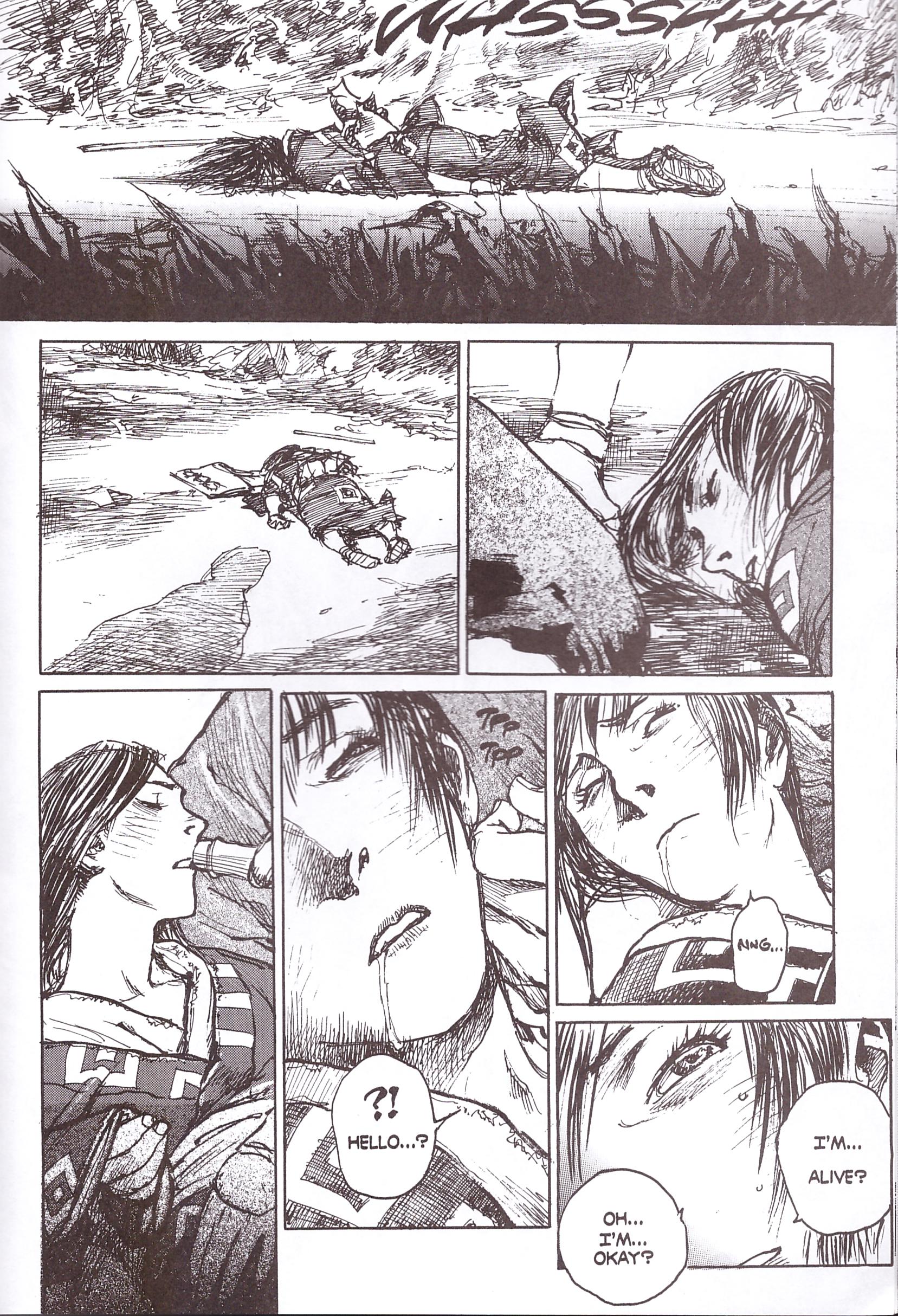 Blade of the Immortal’s starting point was Rin seeing her family, who ran a sword school, slaughtered by the Ittō-ryū swordsmen led by Anotsu Kagehisa, on whom she’s sworn revenge. She met the immortal assassin Manji, and the story took off. They’ve since been separated, and Rin’s self-reliance has taken a real hit. Hiroaki Samura’s astonishing storytelling instincts twist the knife by having Anotsu as the person available in her hour of need.

He’s been superbly characterised. When first introduced Samura ensured we made up our minds about his evil nature pretty well instantly. He and his Ittō-ryū swordsmen were introduced as monstrous, and indeed indulged in monstrous acts, but the more Anotsu has been seen, the more we understand what’s motivated him. The opening section here was first published in paperback as Mirror of the Soul, and it’s not only Anotsu and Rin that are explored amid some stunning revelations. It ends with a sequence fundamental to how the remainder of the series will play out as the Ittō-ryū attend a banquet thrown by the feudal equivalent of a local police chief.

Unless reading these Omnibus presentations one after the other, it won’t be obvious that Manji, whom the series is named after, has been all-but absent for around five hundred pages, but he’s back for the central sequence. Having delved deep and chillingly into the perceptions and motivations of the cast, Last Blood is a very different type of story, beautifully drawn balletic violence, with comedy undertones supplied via the complete overconfidence of what will become the victims. It’s funny and thrilling as intended, and the significance of that banquet is revealed.

In addition to Manji and Rin, there are around half a dozen characters here whose lives we’ve either cared about from the start, or come to care about, with Samura excellent at portraying the compromised person. This sequence also introduces Habaki Kagimura. While all the cast are multi-faceted, he has few redeeming features and will be Blade of the Immortal’s third great villain. He’s in a position of authority, a devious and manipulative man whose behaviour continues themes introduced early in this Omnibus, the twinned concepts of honour and obligation. Kagimura’s meeting with Manji late in the book will have appalling consequences, and there’s a reason the original paperback presentation was titled Trickster. However, taken in isolation, much of the final hundred pages seems lacklustre, particularly following another set of superb battle sequences. What it’s actually doing, however, is setting up the terrifying circumstances of the next Omnibus, in which Samura stretches his imagination yet again.