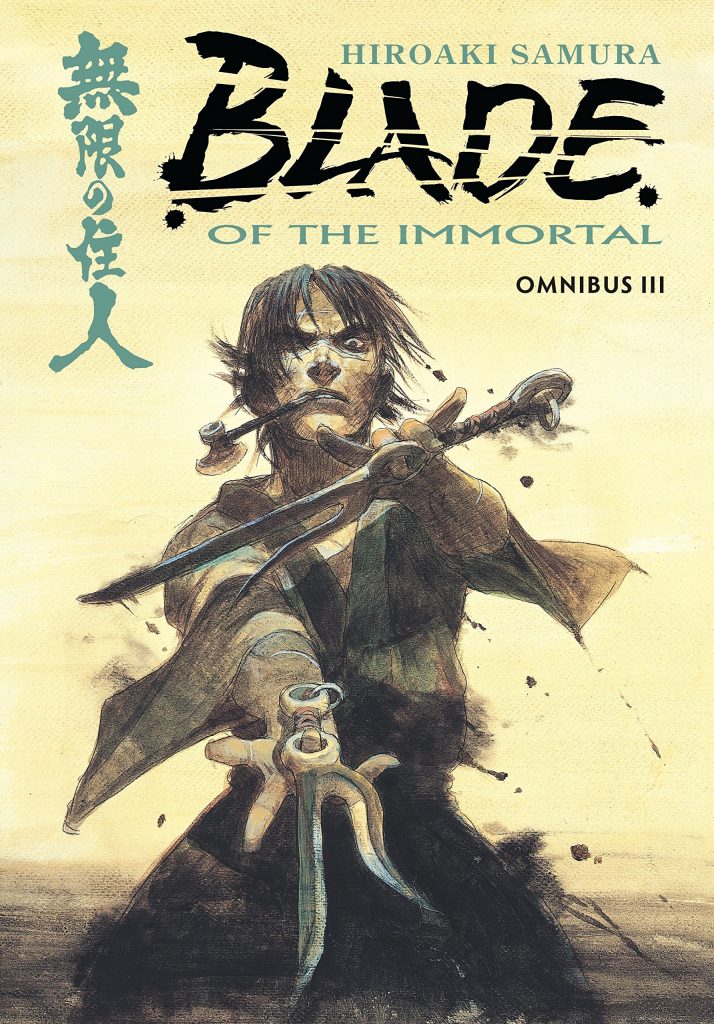 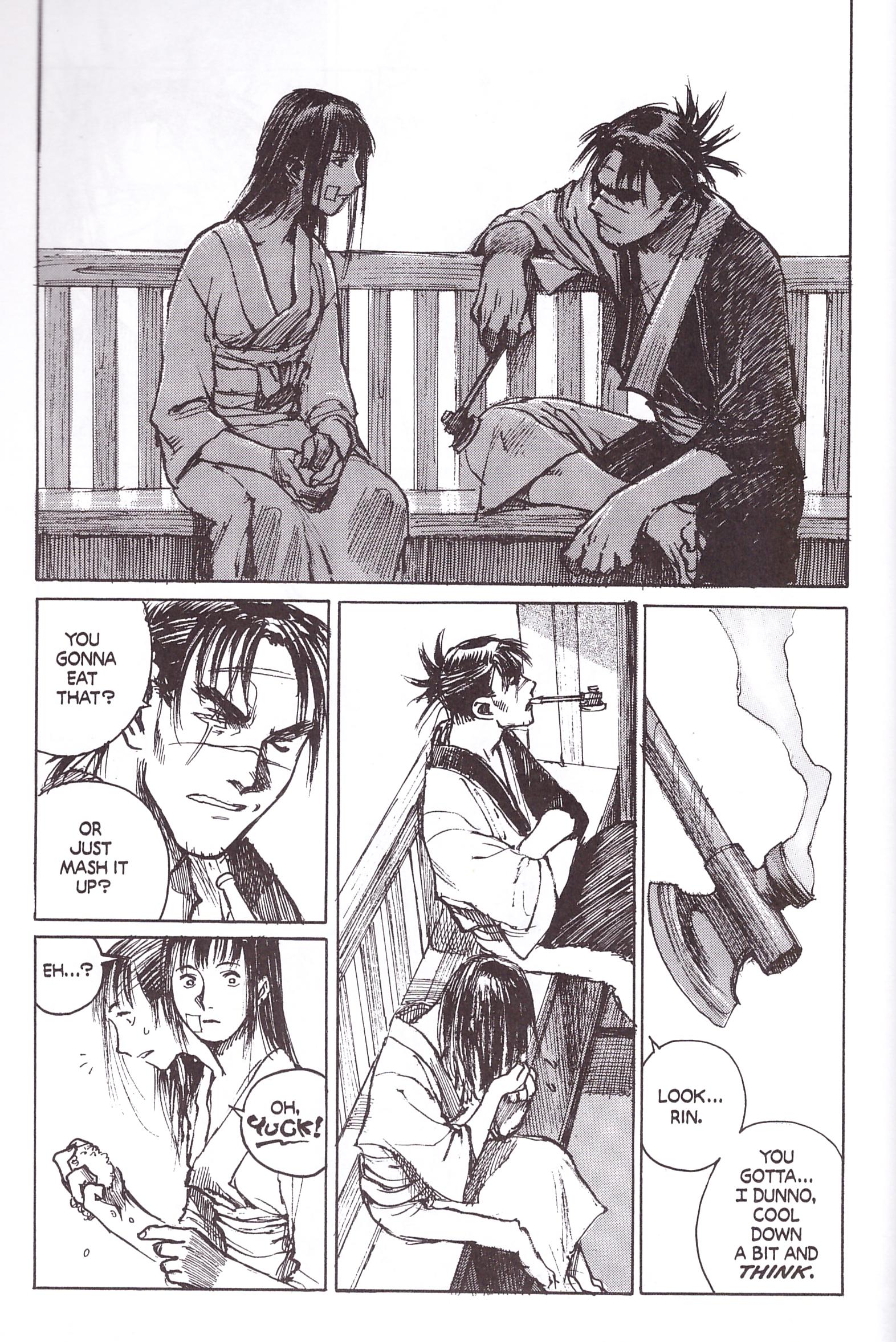 Key to much of the tension over these six hundred plus pages is the presence of checkpoints on roads between cities in feudal Japan, and the difficulty of crossing them without the correct papers, subject to significant scrutiny. The punishment for attempting to cross a checkpoint illegally is execution. Almost everyone introduced in Blade of the Immortal is an outlaw of some kind, and the necessity of crossing a checkpoint is fraught with danger. Rin and Manji need to cross, as does Anotsu Kagehisa, leader of the rogue sword school the Ittō-ryū, with those manning the checkpoints already on alert for him.

As was the case with the previous Omnibus, collecting what was previously three books between single covers makes for a smoother read, not least because two of the two sections of The Gathering are now presented together. However, it also displays Hiroaki Samura’s exquisite construction as he builds, slowly, to a crescendo, brings things to a pause and begins the process again. There’s actually very little action in what in the original paperbacks was Heart of Darkness, but there’s plenty of resolutely unpleasant graphic violence, most of it down to Shira. Samura has shown us his true character as a means of fostering suspense, but to begin with Manji and Rin are willing to give him the benefit of the doubt. He’s a masterful creation who’ll return every now and then, unique in Blade of the Immortal as a person with no shades of grey. He is what we see, and revels in that. He’ll feature in surprises, but never surprises by not being true to what Samura shows us here.

That building to a crescendo occurs again for the remainder of the book, and the mid point is an amazing action sequence. Having established that Manji is an expert swordsman who cannot be killed, Samura consistently comes up with effective methods of nullifying the advantages, making us fear that something could happen to Manji, and he delivers a corker here, effectively providing an alternative version of an earlier scene. You won’t see it coming, and it’s stunning.

So is Samura’s art, but for the first time the production process he insisted on for the English translation of cutting up and re-pasting the panels has a detrimental effect. It’s difficult to make out what’s going on during a couple of the battles, and panel to panel continuity also suffers. It’s minor, but a greater problem than elsewhere in the series.

Manji and Rin spend much of this third Omnibus separated, and in addition to Shira, the mysterious Hyakurin and Giichi and his distinctive weapon feature strongly, both very capable, but Manji now sure they’re concealing something. It’s an instinct matching that of a checkpoint inquisitor who features over the final sixty or so pages. By now there should be no doubts about Samura’s phenomenal dramatic skills, but anyone unconvinced can be directed to the tension generated by the interrogation that takes place, how masterfully Samura pushes it to the limit and his final piece of ingenuity. It’s utterly compelling and seat squirming throughout. If only all conversations in graphic novels were this skilfully constructed.

Although Samura has wound the tension down again by the end, neither Manji or Rin are safe, so Omnibus IV awaits.