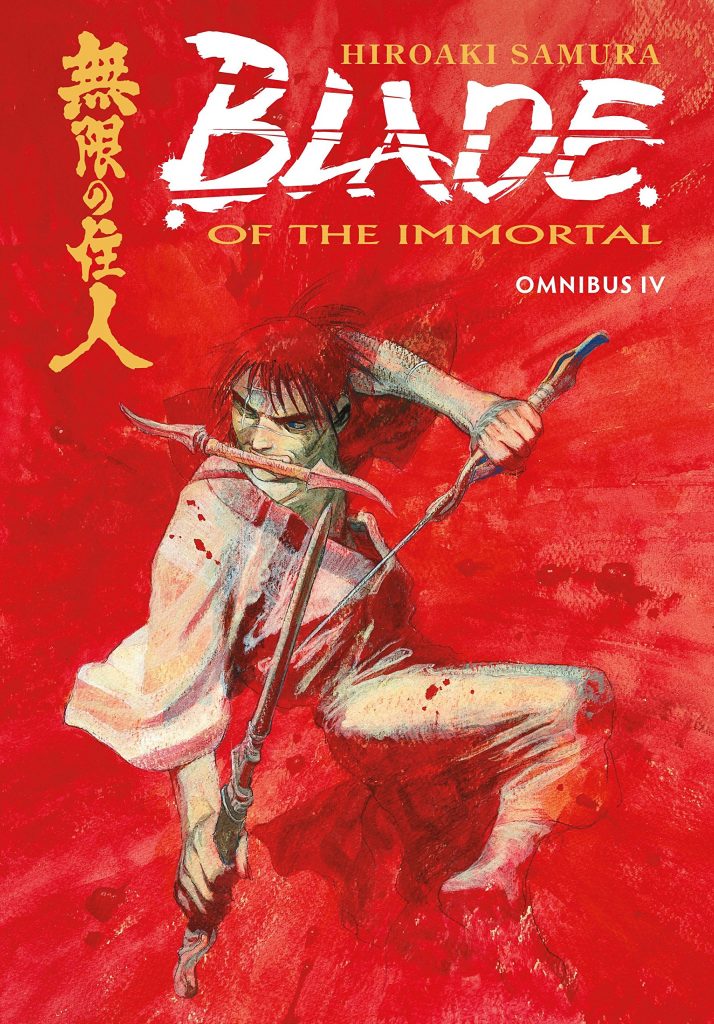 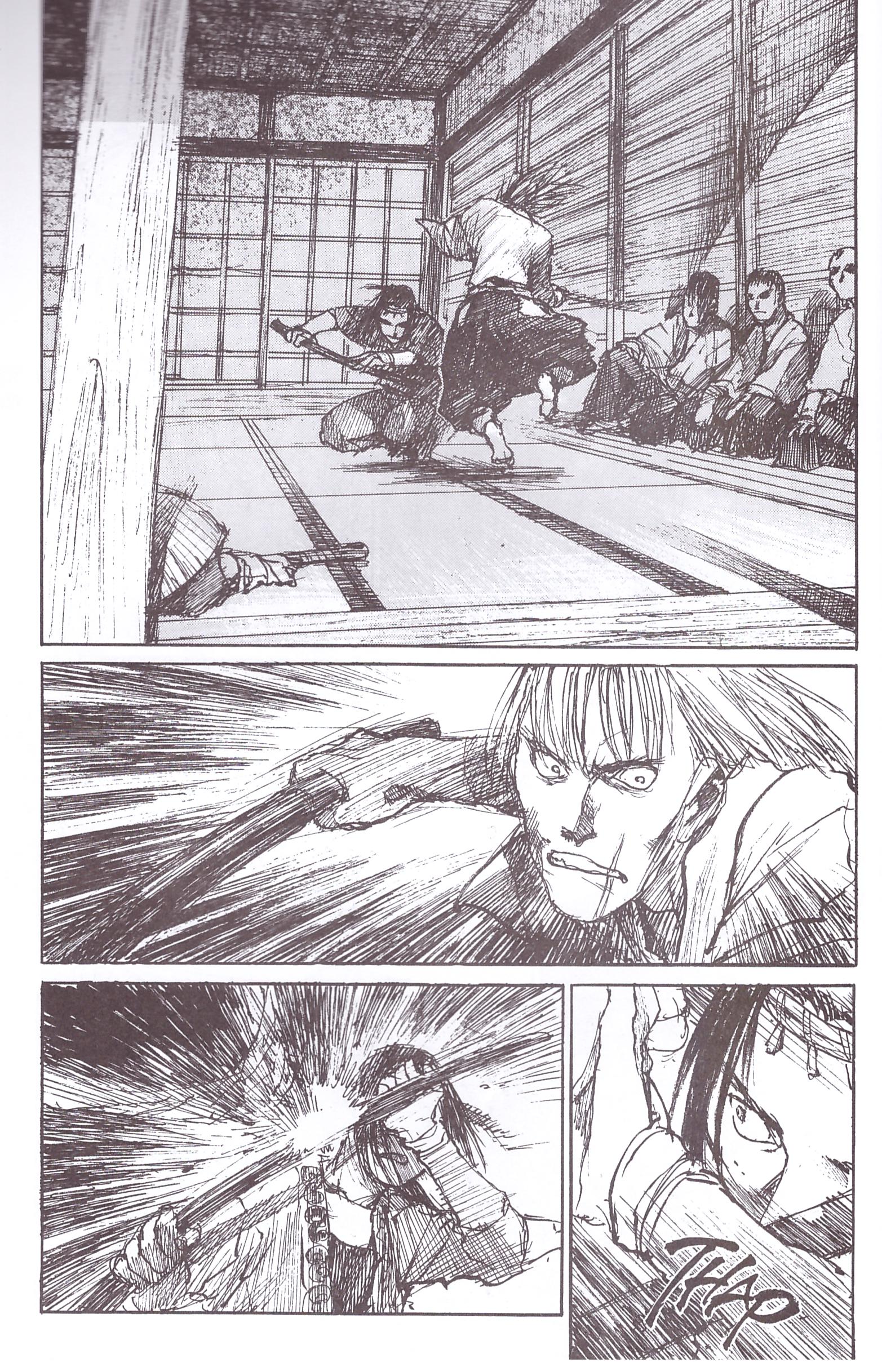 There are so many aspects of Blade of the Immortal that spotlight Hiroaki Samura’s awesome sense of how to tell a story, one of them being an instinct for perpetuating suspense, and he begins this collection with a demonstration. We’re desperate to see what’s happened to Manji and Rin after what they went through in the previous Omnibus, but instead what was originally published in paperback as Secrets begins with a prolonged look at Anotsu Kagehisa, leader of rogue sword school the Ittō-ryū. He’s a devastating swordsman, but can he be outfoxed by politicians? Samura has gradually been contextualising his characters within the bigger political picture of the times, and these opening chapters run through the political expediences that will resonate through the remainder of the series. They’re only occasionally overt, but the needs and desires of the elite propel Blade of the Immortal from this point to the end.

More so than any other Blade of the Immortal Omnibus, this collection showcases nearly the full range of Samura’s skills. While predominantly a period action thriller, he skates across genres with abandon. Blade of the Immortal is often very funny, not in the traditional manga manner of eye-popping exaggeration, but there is slapstick, accompanied by Manji’s bleakly comic view of life. There are hints of romance here, gruelling, ghastly grinding down of hope, and the revelations about assorted characters and their manipulation is up there with top class soap opera. So often nice touches are just dropped in passing, such as information fundamentally undermining Rin’s beliefs, yet something presented for Manji to have a laugh about without her ever learning of it. Because so many other multi-faceted characters have been introduced, beyond the tension of wanting to know about them, it’s no concern that Manji and Rin are off stage for considerable periods. It’ll get worse, but Samura doesn’t shy away from graphic violence. To date this has largely been with swords, but revealing Hyakurin’s background involves prolonged torture. It’s fundamentally disturbing, yet essential in establishing an audience sympathy, but without slipping into gratuitous exploitation.

Samura’s art is ever more impressive. He’s a combination of a fantastic, intuitive action artist, with someone able to convey emotional subtlety, frequently resorting to art alone to project what people feel. He also enjoys a few jokes along the way. An artist features here, as does Magatsu with his distinctively spiky hair, and there’s a nice scene with possible alternatives. Samura also uses different techniques. Internally it’s predominantly greyscale illustration with dense linework, but the covers show him as an equally good watercolour painter, often with a bold sense of colour.

It’s a comment that can apply to almost any single volume of the series, but by the final page Samura has significantly shifted perceptions and allegiances, and has presented awe and wonder. If preferred, this content is available in the thinner paperbacks Secrets, Beasts and Autumn Frost.