Black Widow: The Things They Say About Her 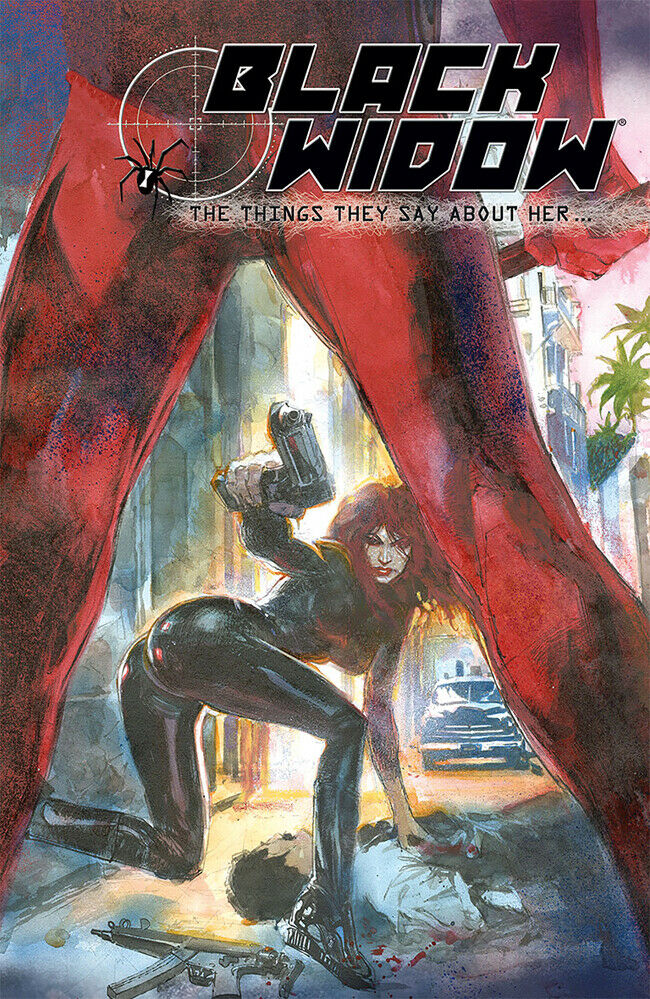 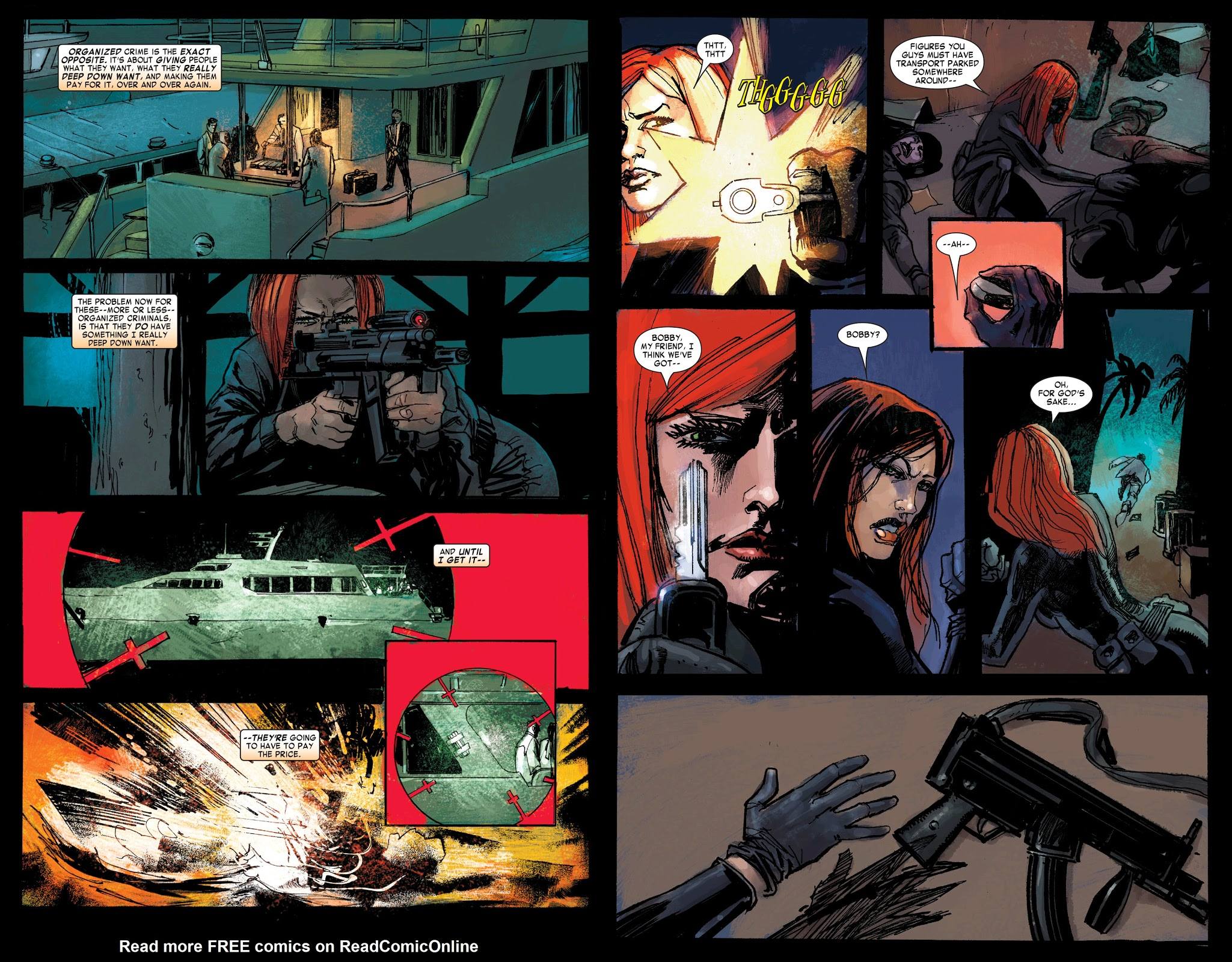 Bill Sienkiewicz’s cover isn’t his finest moment. Quite apart from contorting Black Widow into an impossible shape, the objectification wasn’t good in 2006, and looks worse now. It’s all the more inappropriate for the Black Widow saying early in Richard K. Morgan’s story that she’s long tired of using her body to get what she wants. It’s an issue that’s raised as she makes her way to Cuba, the events of Homecoming having made her a fugitive in the USA. The authorities may overlook some things, but not the execution of a major corporation’s CEO, no matter what he’s been up to.

It turns out the business wasn’t entirely dealt with in Homecoming, and a few loose ends need wrapping up. Morgan’s plot is another twister with some nice observations along the way, one being Black Widow finding that dealing with organised crime is a simple matter compared to her usual business of spycraft. The difference is the crooks being so stupid.

In principle the idea of Bill Sienkiewicz finishing the art over layouts from Sean Phillips ought to result in attractive pages, but the sample art provides the truth. For every effectively produced page like that on the left of the spread, there’s one as per the right looking as if it was drawn by both parties in a great hurry. Occasionally there’s something Sienkiewicz takes an interest in, and the result is a glorious illustration, but this is a patchy artistic outing.

Morgan concocts what is technically a fine thriller with plenty of twists and probably not too distanced from some real world atrocities. That being the case, to many potential readers it’ll be irrelevant that it’s not really a Black Widow story. Sure, she has an impact, but she’s just one of an ensemble cast as Morgan switches the attention around half a dozen other characters, and when we arrive at the ending it’s not the righteous sting of the Black Widow. She has to be rescued by others in order to deliver a predictable and anti-climatic final blow.

With the Black Widow movie imminent, Marvel combined Homecoming and The Things They Say About Her as Welcome to the Game.