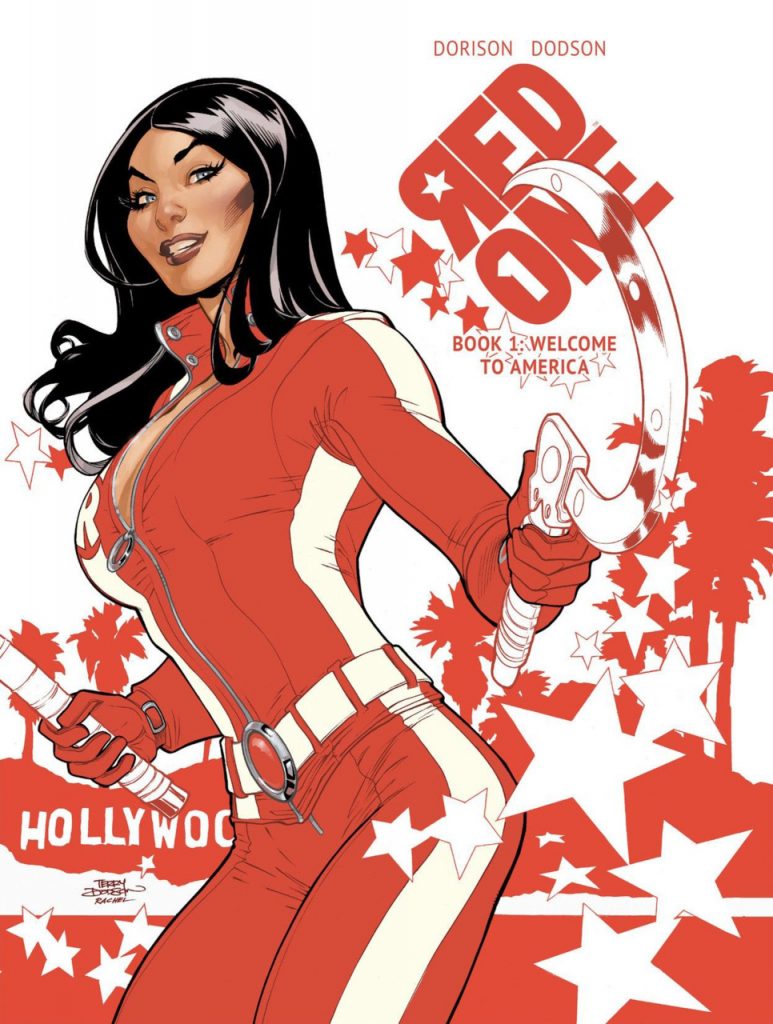 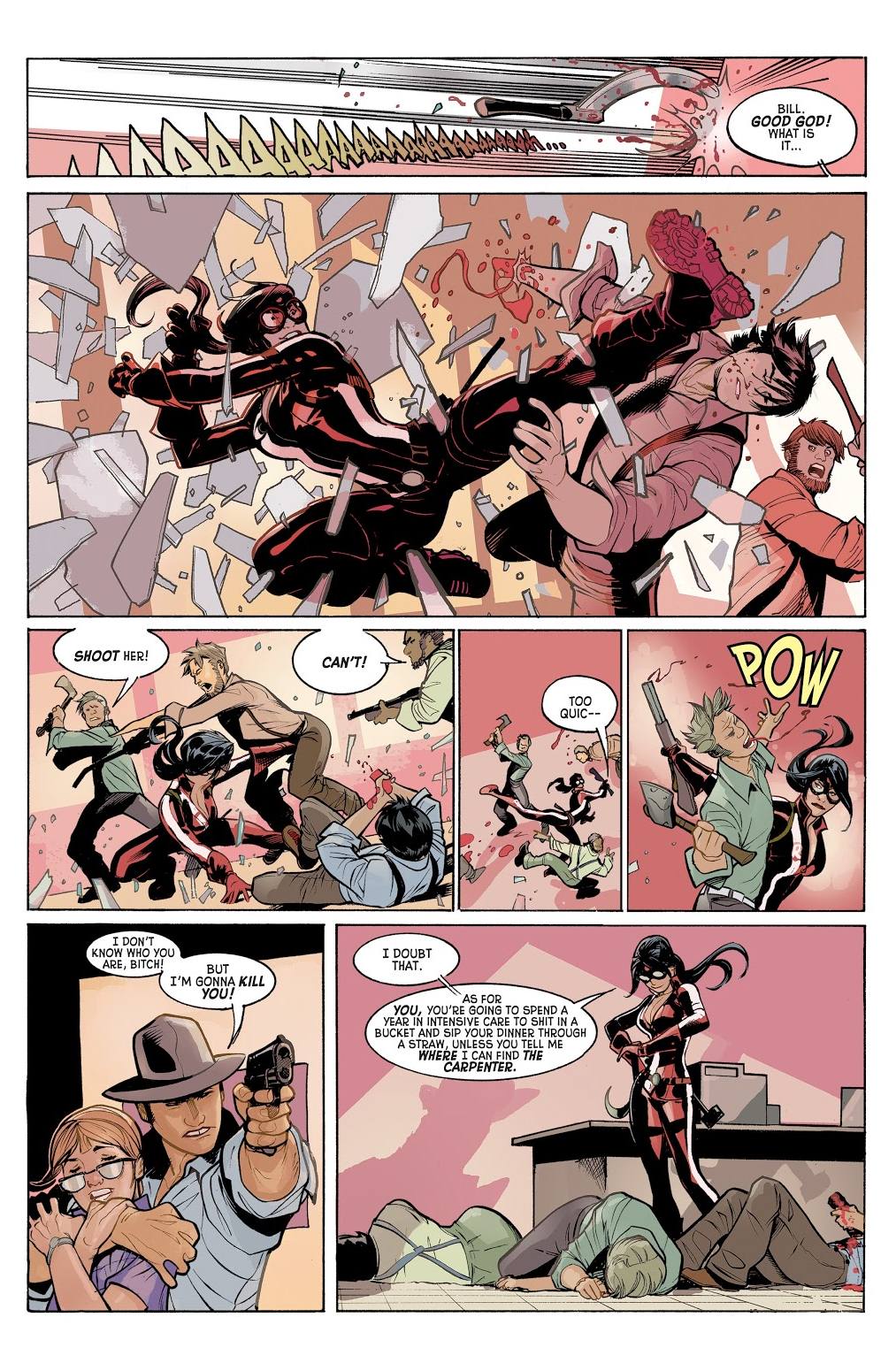 It’s not only in America that Terry Dodson’s lush art is stratospherically popular. He’s in demand in Europe also, and Welcome to America begins a series first published as French albums, Image considerate enough to present it an equivalent oversized hardcover format. Xavier Dorison has a substantial reputation in France, to the point of being a go-to writer for continuations of much loved series such as Thorgal and XIII.

As the cover image indicates, Red One is set during the 20th century Cold War, Vera Yelnikov a superbly athletic woman so well trained as a soldier that she carries out missions for Soviet President Brezhnev. Her latest task is to boost the popularity of superheroes in the USA by becoming one. The only current example is a polarising individual known as the Carpenter, a ruthless executioner of those he deems to have strayed from God’s path. Despite the darkness of that, the overall tone is light as a couple of eccentrics are introduced to bolster Vera’s new life in Hollywood, and Dorison sells us circumstances intended as tongue in cheek, but which in the wrong hands could lack any credibility.

Dodson’s certainly not the wrong hands. His lavish layouts, fine figurework and the effort put into embedding Vera into her new world indicate the craftsman we know him to be. His Vera is a whirlpool of motion, a more proactive Emma Peel in leathers rather than the vest and semi-automatic leading woman of more recent action movies, and while the costume is intended to draw attention, it’s an objectification kept within boundaries.

Likewise, Dorison’s script has a sardonic undercurrent. He aims some gentle digs at both the excess of the USA and Soviet Russia’s control, while ensuring that Vera is someone who follows her own path in either environment. Beyond the Carpenter, her task is to discredit the supposedly Christian army of a moral crusader moving into politics, but that doesn’t mean she can’t enjoy herself in the meantime. It’s all frothy fun, although the cliffhanger ending leading into Undercover is very arbitrary.

The back pages are filled with sixteen sumptuous pages of Dodson’s sketches and designs, leading off with the pin-up style cover to the French version of Welcome to America, which is what earns the adult designation for Red One. It continues with Undercover. 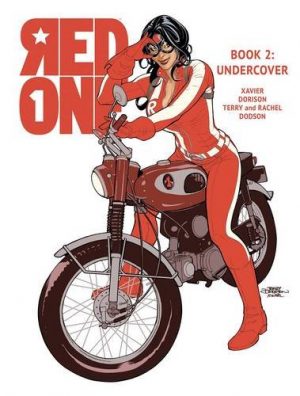