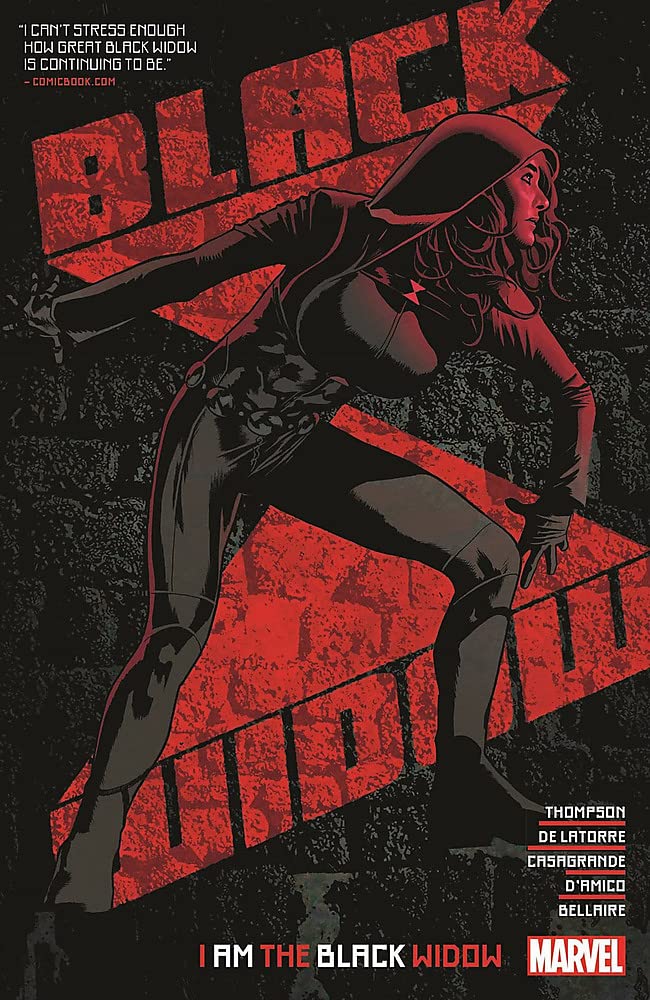 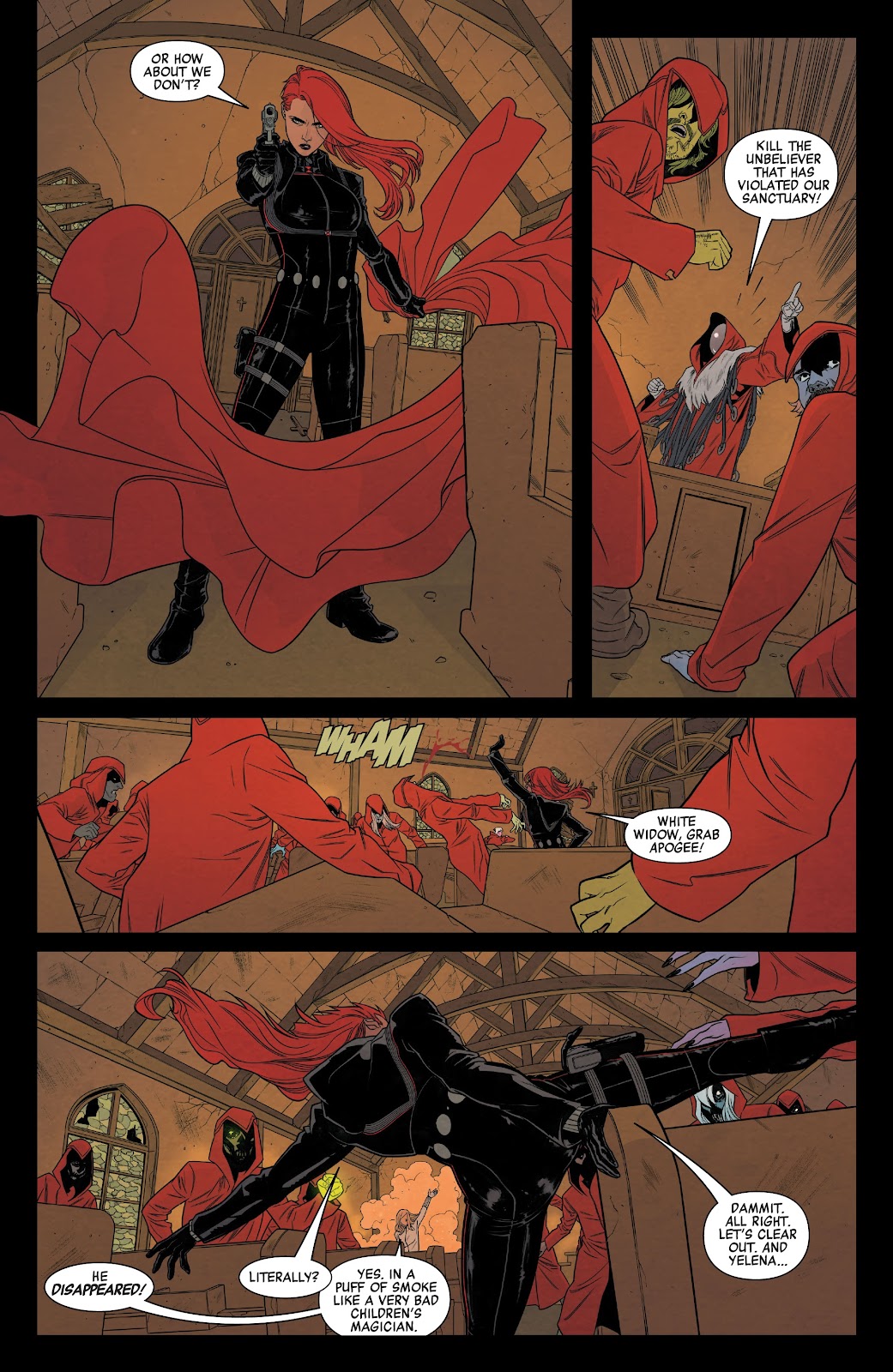 Natasha Romanova has been placed in what was almost the most perfect trap, but because she’s the world’s premier super spy her instincts kicked in and she escaped. However the mental scarring of what she lived through in The Ties That Bind isn’t so easily discarded. A new start is in order, so she’s relocated to San Francisco, and has fellow Black Widow training course alumni Yelena Belanova as company and assistance. A chance meeting alerts them to a villain calling themselves Apogee, who’s handing out serums to disaffected youth giving them super powers.

Kelly Thompson and Elena Casagrande really impressed last time out, and I Am the Black Widow continues their winning streak, although not without reservations. There’s an authentic voice coming from the entire cast, down to the slightly awkward speech patterns of those not born in the USA. “Do not worry. Natalia has been leaping from buildings her whole life. She always has a plan”, says Yelena admiringly, adding “and looks good doing it”.

Casagrande’s pages again combine dynamism with grace and an enviable sense of panel composition along with a talent for making everyone look attractive without objectifying them. When it comes to the pages drawn by Rafael De Latorre, primarily on the opening episode, Jordie Bellaire takes a different approach to the colouring, highlighting the central figure over a single colour wash for the looser backgrounds. It also works as a style, but provides a greater contrast when De Latorre’s pages mix with Casagrande’s.

While thrilling, I Am the Black Widow doesn’t match The Ties That Bind. The mystery isn’t as page-turning, Apogee’s disappointing in the end, and the move to a greater ensemble cast means the spotlight turns away from the person whose name features on the cover. Considering the emphatic title, it’s a strange choice. Several new supporting characters are introduced, a couple known to Marvel readers, others created for I Am the Black Widow, and while they’re all interesting and integral, more Natasha would be desirable. Perhaps that happens in Die By the Blade.