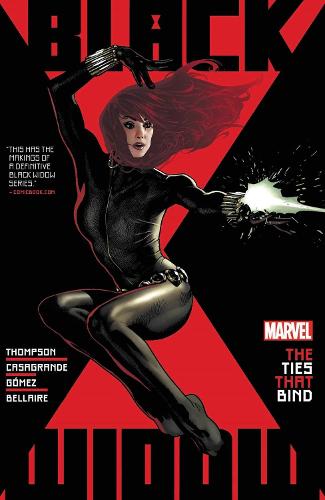 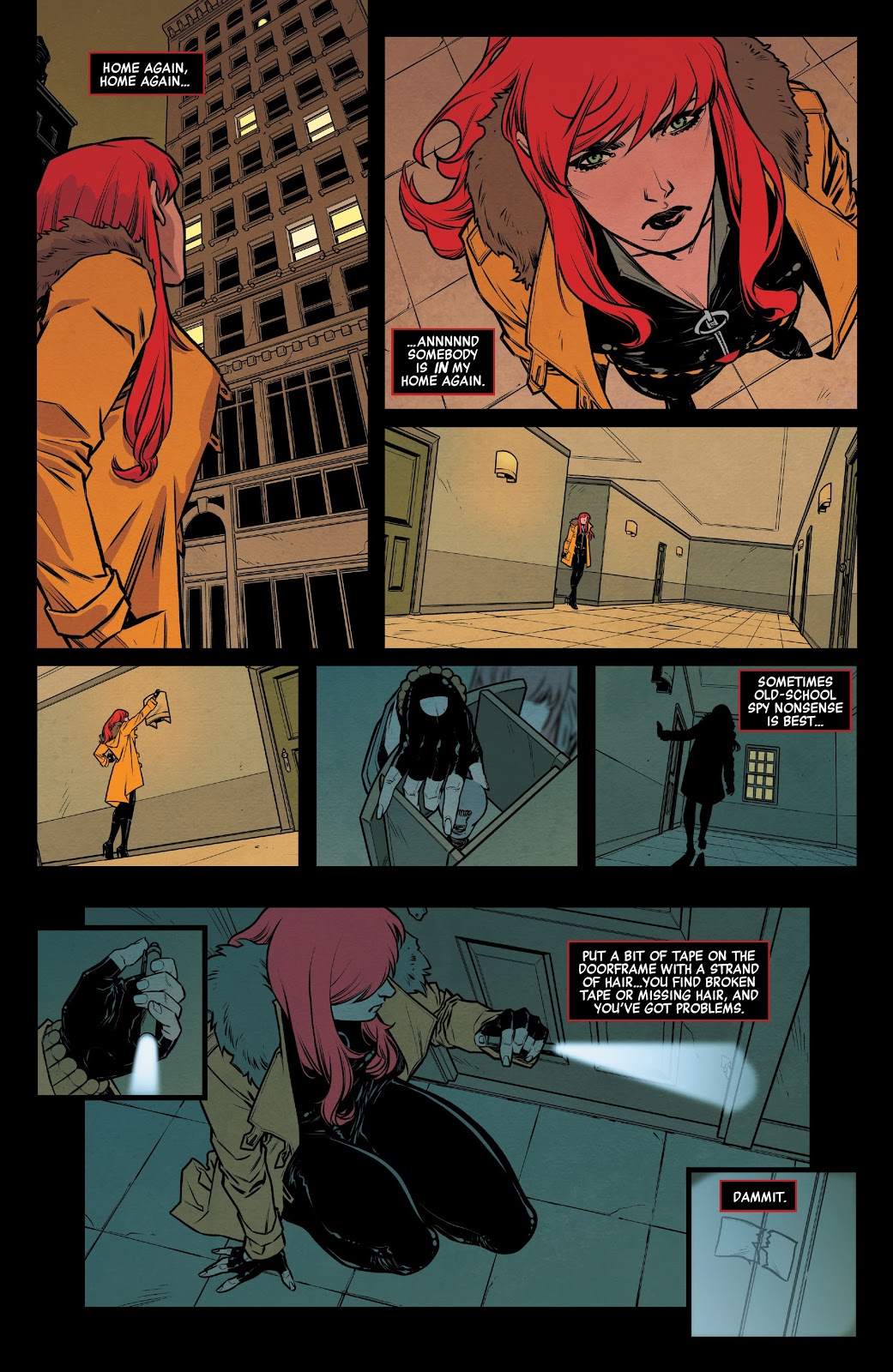 In the Marvel universe, Natasha Romanova, the Black Widow is the number one spy, the person who can access any place, anticipate any threat and react quickly enough to avoid it if she can’t. The circumstances under which Kelly Thompson has her shot and falling from a building are therefore puzzling, but that’s what’s intended. The next time we see her she’s in San Francisco, instincts intact, but memory possibly not.

It’s all meant to intrigue, and it does, especially as drawn by Elena Casagrande with Jordie Bellaire’s startlingly effective colour, drawing attention to all the right moments, while otherwise taking the red of Natasha’s hair as the leading shade. Casagrande draws a sympathetic cast, and has a great sense of what makes for stunning visual dynamic. Everything about The Ties That Bind looks stylish and attractive, and that applies to a chapter drawn by Carlos Gómez also.

Thompson stretches her puzzles out, but never to the point where they become frustrating. We want to know why Natasha’s seemingly lost her memory, why she’s being constantly monitored by villain Arcade, and who the shadowy people behind him are. Hawkeye and Winter Soldier are both involved, as puzzled as we are as to what’s going on. “We can’t pull her out of there”, considers Hawkeye, “She’s so damn happy she’d murder us for ruining her life”. Halfway through, the answers come tumbling out, logical and sinister, and from then the story switches immediately into how the Black Widow’s going to deal with what plays out. That portion’s equally satisfying, both creators showing exactly why Black Widow is everything noted in the opening sentence of this review.

It was inevitable with a movie on the way that Black Widow was going to have a new series, but at Marvel that’s no guarantee of success, creative or financial. The jury’s still out on the latter, but at least there’s going to be a second Thompson and Casagrande graphc novel. In terms of creative success, however, this is a Black Widow story to rank alongside the best of them.