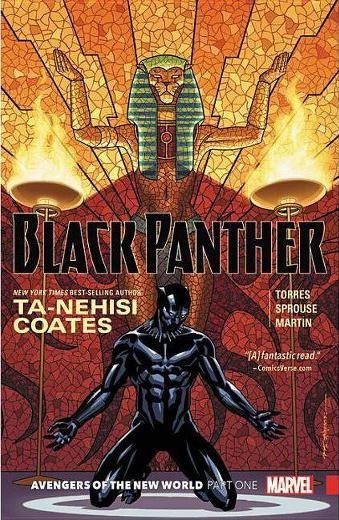 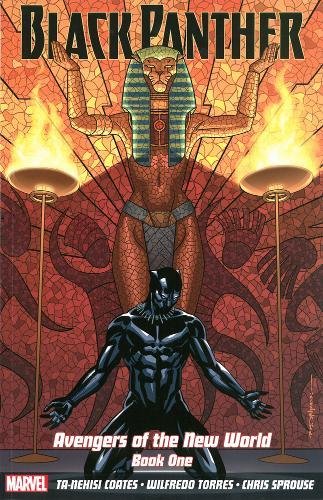 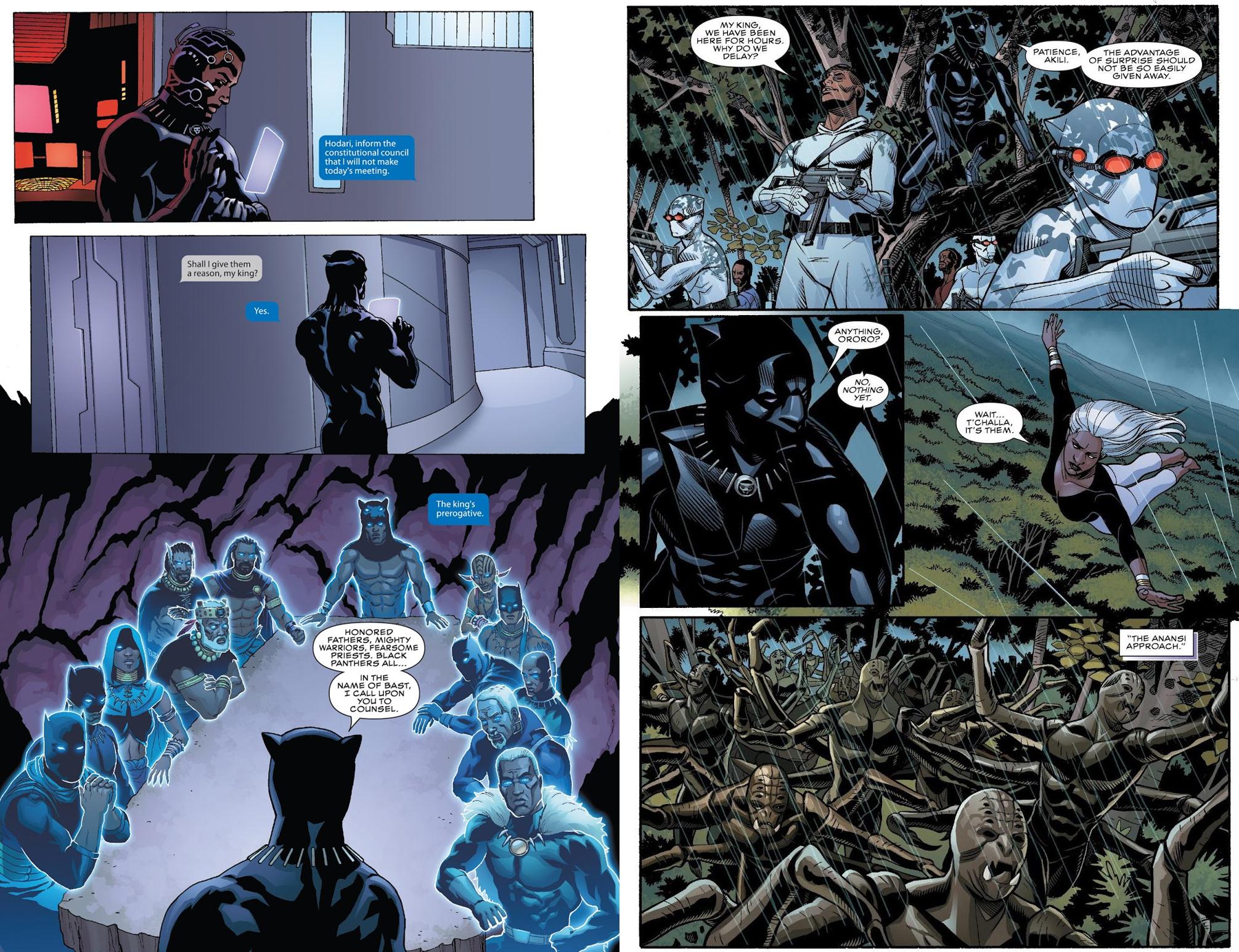 While he mixed in other elements, broadly speaking Ta-Nehisi Coates addressed the politics of statehood in his opening Black Panther trilogy A Nation Under Our Feet. With that behind him Coates turns his attention to religious beliefs, beginning with the Black Panther’s concern that the Wakandan gods have deserted the people.

Coates continues to take an intelligent approach to the Black Panther, one that attempts to remove him from the trivialities of superheroes and place him as a statesman with the concerns of his people closest to his heart. At its absolute best, such as the reclamation of Dr Eliot Augustus Franklin, the Panther’s constantly adaptive personality engages and inspires, but too much suffers from being, well, dull.

Over the opening third of the book the Black Panther and his supporting cast consult one learned source after another. In one sense it’s Coates attempting to expand and add colour to Wakanda, and it could well be that his ultimate legacy won’t be the actual stories, but the characters and concepts he’ll bequeath. However, an injection of pace is desperately absent amid the continual explanation, much of which isn’t actually required. We don’t need every person at every meeting identified, and it comes across as the absolute veracity of sources Coates transfers from an academic and journalistic background slowing down his fiction. What’s puzzling is that journalism also requires the effective distillation of ideas, which this doesn’t do, and there are some Coates just discards. The introductory chapter could be read as an allegorical exploration of real world faith in crisis, and as such is one of the stronger sequences, but that idea’s lost in what follows, with discussions of divinity confined to Storm’s status. What Coates seems to be getting at is that we construct our Gods, but as this only the opening half of the story that may change.

The primary artists are Wilfredo Torres and Chris Sprouse, their styles broadly similar in sharing a clarity, but Torres’ people slightly stiffer. Both are good at portraying the Panther and his world as one that straddles ancient ways and modern technology, and with the design of the people who represent that. Jacen Burrows and Adam Goreham are restricted to pages firmly set in the modern world.

This entire graphic novel is a form of build-up, the essence being that Wakanda’s old gods are missing, which has allowed ancient evils to take tentative steps back into the world. How far the machinations of Wakanda’s enemy state Azania are connected, if at all, is something to be explored in the continuation, but the final page here drops interesting clues for those who know the villain who manifests. Alternatively, both of these volumes are combined in hardcover as Avengers of the New World. 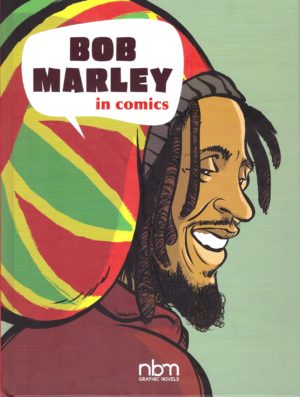