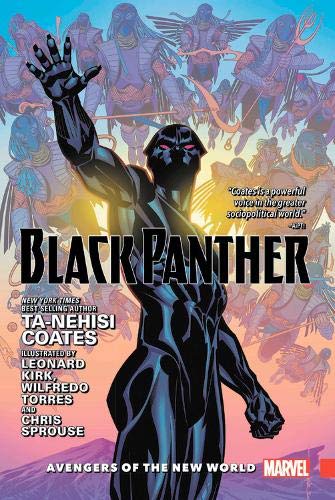 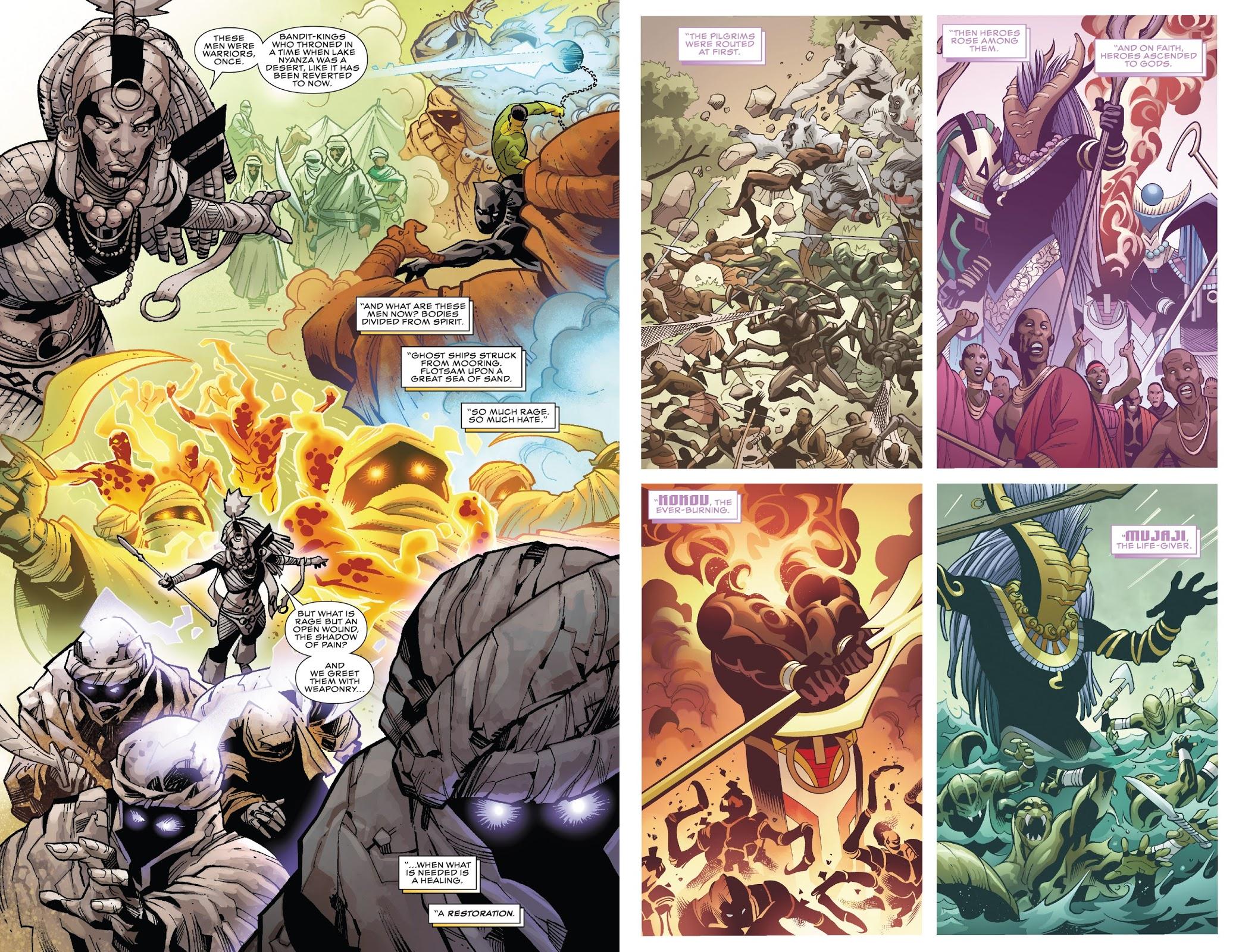 This hardcover collection combines Part One and Part Two of Avengers of the New World as originally published in paperback. It’s a puzzling title. Ta-Nehisi Coates knows there’ll be an instant thought of Marvel’s Avengers, and by the end there’s a sort of comparison, but the ‘New World’ tagline is ultimately confusing. Part of the plot concerns beings from an earlier age returning to Earth, and so validating the title, referring to the current inhabitants.

Avengers of the New World is the crossover stage where Ta-Nehisi Coates managed to combine the intelligence of his plots with the needs of telling effective stories in comics. Earlier chapters still take unnecessary detours, insist on introducing and naming people who have no relevance, and avoid the effective distillation of Coates’ ideas. However, move past the halfway stage and this is a different Coates, sometimes content to let the artist tell the story without plastering the pages with captions, and when doing so ensuring those captions have meaning and purpose. It’s also a story that takes some surprising thematic swerves, beginning with what can be read as an allegorical exploration about real world faith in crisis, as it seems Wakanda’s gods have departed. There’s some consideration about whether we construct out own gods, concentrating on whether Storm is what other people see her as, and by the end the Panther’s oldest enemy has been reintroduced in what’s the closest to a traditional superhero slugfest in Coates’ run to date. It’s invigorating.

Among this Coates keeps introducing fascinating new characters and concepts, to the point where his ultimate legacy on Black Panther may not be the highly acclaimed stories, but what’s bequeathed to future creators exploring Wakanda. By the end of this story his view of T’Challa as a master strategist has been underlined, while the closing chapter questions how far that tips over into manipulation.

The art switches from Wilfredo Torres to Chris Sprouse, with cameos for Jacen Burrows and Adam Goreham, before settling on Leonard Kirk (sample page) to draw the most of the second half. Torres and Sprouse are both clear, efficient, and in possession of a good design sense when it comes to displaying Wakanda as a country straddling ancient ways and up to the minute technology. Torres’ people are slightly stiffer. Kirk is a more traditional superhero artist, which is what’s required for his chapters, but also capable of stunning moments such as the transformation of heroes into gods as per the sample art.

While Coates’ earlier Black Panther was highly praised, A Nation Under Our Feet was a story packed with ideas, but also more often than not a plodding, dull trudge. Avengers of the New World provides far greater focus and entertainment, and that continues in The Intergalactic Empire of Wakanda.