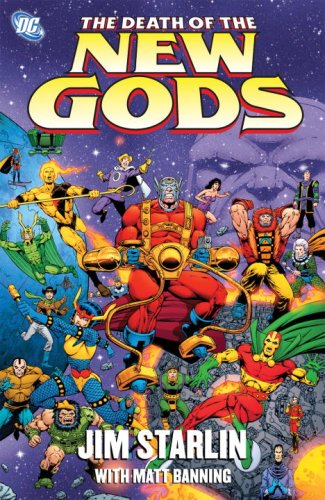 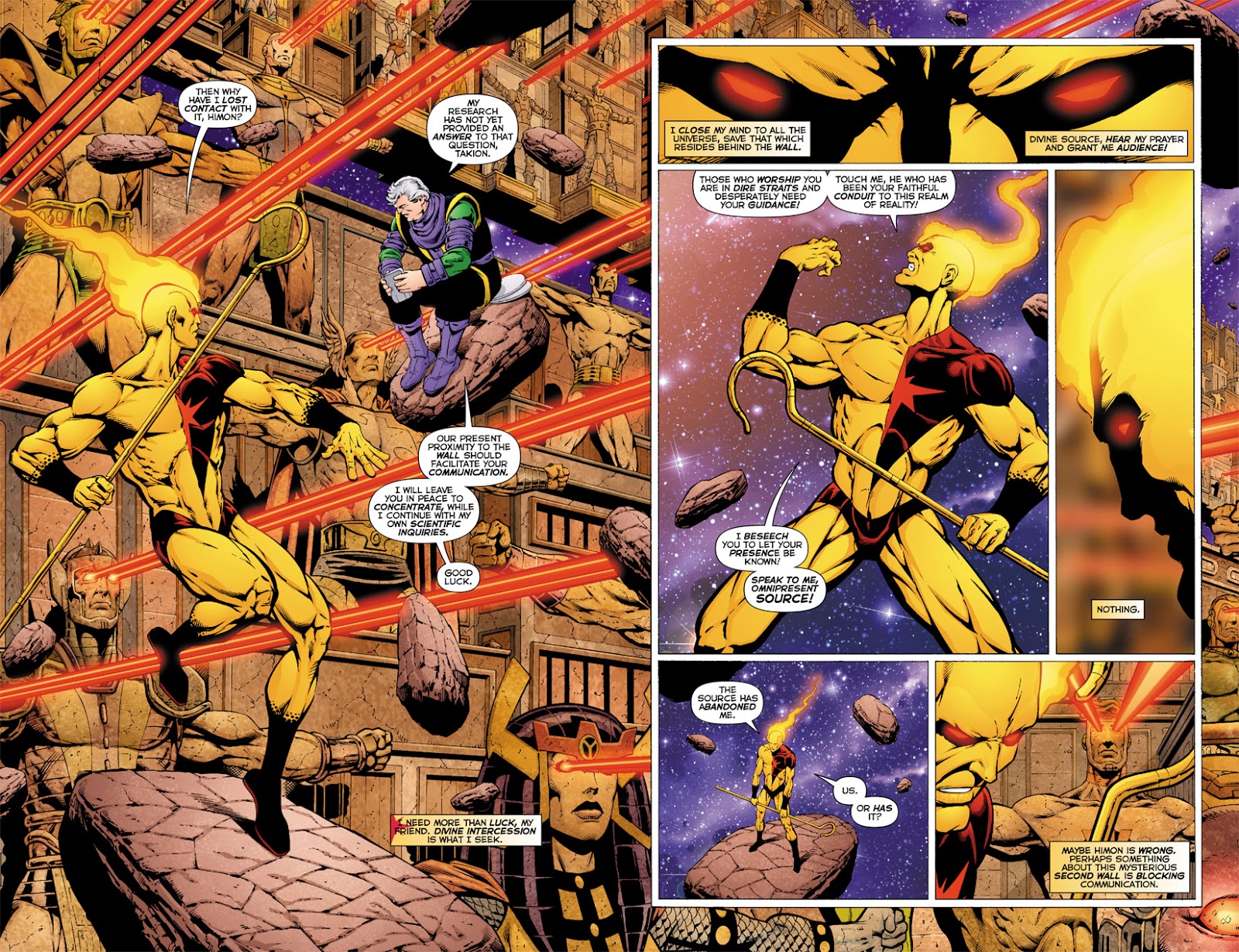 It’s a rare superhero event series that doesn’t fall back on the contrivance of killing a hero in the misguided belief it somehow makes the event more meaningful. As the trick has been pulled so often, and with the ‘deceased’ usually rapidly returned to life, to have any credibility the casualty has to be someone important enough for the audience to care, but not a headliner who they won’t believe for a second has really been killed. Sadly, the New Gods fit the bill, and when Final Crisis required victims they drew the short straw.

Anyone opposed to the entire premise will find little comfort as one by one the New Gods perish, and even those willing to keep an open mind and acknowledge that Jim Starlin has considerable pedigree with the cosmic epic are likely to have a few problems. The transformation of Mister Miracle’s generally upbeat personality is one, if given some justification. Approached, however, as an individual adventure there’s a fair bit to recommend this. Jack Kirby’s original New Gods and associated series, the bible if you will, stressed there had been old Gods whose time had passed, their deaths being a new beginning, and Starlin underlines this is now the fate of the New Gods. Someone is killing them individually, and only Darkseid is initially aware of this, Metron adding to his suspicions by realising the universe is somehow askew. Adding Superman to the large New Gods cast of heroes and villains is a nice touch, his power needed, but also used both as the reader’s substitute voice and a detective standing apart as not one of the New Gods, so not a target.

Artistically Starlin’s on good form. He applies his own style to the cast, but that’s one with the necessary power and adaptability, and as might be imagined, he draws a phenomenal Darkseid. Strangely, until the final stages at least, there’s only one massive throwdown, and Starlin pulls no punches with it. It’s great.

The assorted characters involved attempt to figure out who’s killing them along with the readers, and here’s where the plot becomes divisive. Starlin’s source is the Kirby material, and while he incorporates later additions such as Takion, anyone reading The Death of the New Gods without at least a passing knowledge of Jack Kirby’s Fourth World is going to be left scratching their head in places. The big revelation, for instance, is logically set up, but involves someone even Kirby only used sparingly, and a leap is taken in personifying some of his concepts. It twists them considerably in fact. Set against this is that the entire foundation of superhero comics involves taking from the past and creating for the present, and there’s no compulsion for Starlin’s incredibly creative mind to be locked in. Anyone displeased only needs to reference DC’s wholesale deliberate shedding of their past in the years following The Death of the New Gods, and in that context it’s a positively respectful project.