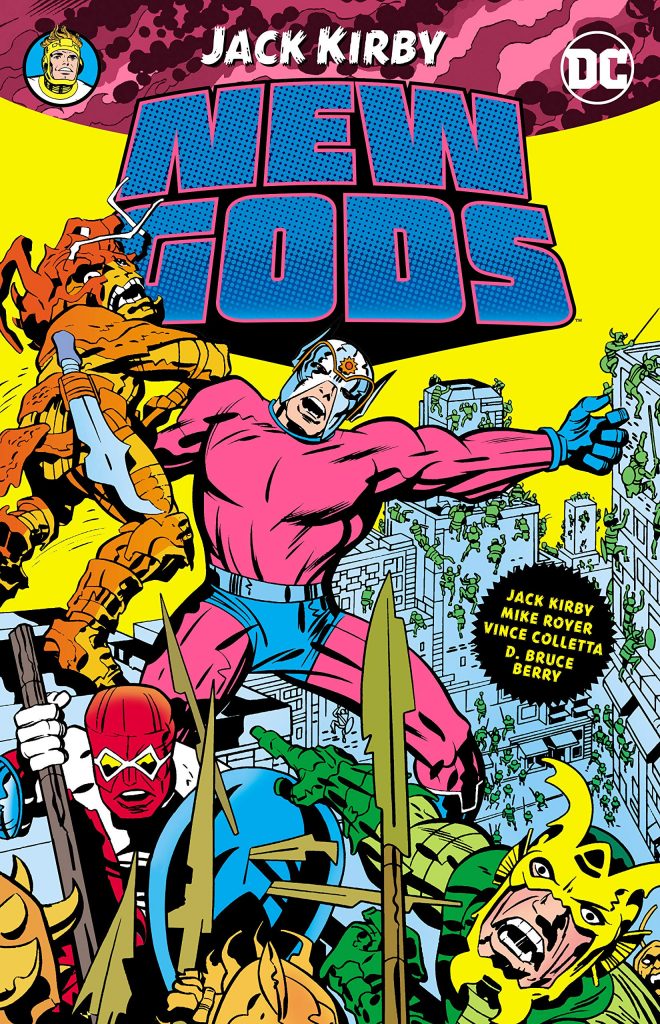 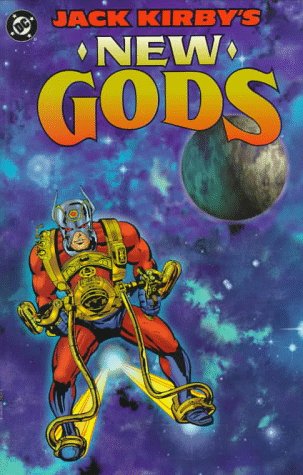 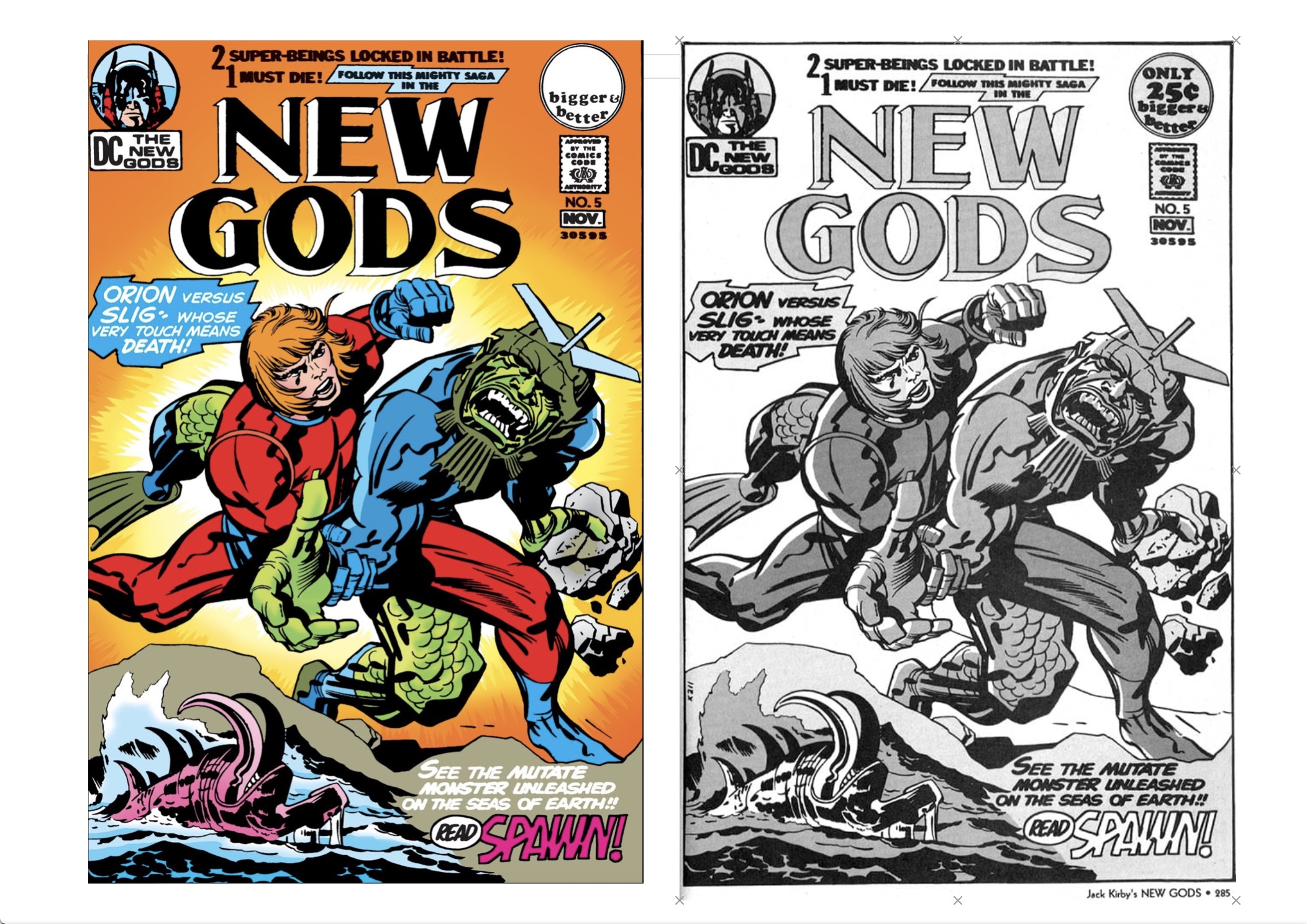 Feeling under-appreciated at Marvel after a decade co-creating their ever more lucrative superheroes, Jack Kirby negotiated a deal with rivals DC. This let him create his own set of interlocking series, with full creative control, and for the first time credited (instead of Stan Lee), as writer and editor. The most ambitious result was the Fourth World saga, which was launched in the ailing Jimmy Olsen series, and continued in all-new titles Mister Miracle, The Forever People, and New Gods.

New Gods is an epic, opening with the destruction of a world and its ‘Old Gods’. The successor New Gods are split between the dualistic extremes of idyllic New Genesis, and the orb of gaping ‘fire pits’, industrial blight, and prison camps, aptly named Apokolips. As war breaks out between the two worlds, Kirby has Orion (cover image) undertake to protect Earth, with the help of a handful of humans rescued from Apokolips, and visiting allies Light Ray and Metron. It’s a riot of ideas, as Kirby introduces a parade of new characters and concepts. The first episode alone introduces the Anti-Life Equation, the Boom Tube transporter, a secret network of tunnels beneath Earth’s great cities, and, er, the Dog Cavalry. For more details of the stories, see the reviews of the 2018 New Gods Part 1 and Part 2, and The Hunger Dogs.

The art is always strong, and often stunning. Kirby clearly relishes creating the all-new characters, costumes, settings, and miscellaneous paraphernalia of his world. He’s wonderfully extravagant with space, each episode typically starting with a splash-page, followed by a double-page spread, and a further title splash page. The spread of the Promethean Galaxy is breathtaking, indeed, a career highlight. Finisher Vince Colletta achieved singular notoriety as “the inker who ruined Kirby”, but turns in creditable work. Mike Royer takes over from the fifth of the eleven original episodes. His (pre-digital) impossibly sharp and fluid inking created the definitive Kirby look, subsequently credibly aproximated by D. Bruce Berry.

This 2018 edition is the first to collect the original series in a single, colour volume, although a 1998 volume did so in black and white, and Jack Kirby’s Fourth World mixed them with the associated series. This collection also features Kirby’s later additions to the narrative, amounting to over 130 pages of additional content, though this was fatally compromised by tensions between creator and publisher. According to Kirby staffer and biographer, Mark Evanier, Kirby wanted a definitive ending to what he’d always seen as a novel, whereas DC wanted to save their ‘properties’ for future use. This caused a lengthy back-and-forth, ending in brutal cuts. So it’s no surprise that the resulting work disappoints.

‘Even Gods Must Die’ offered a new conclusion for 1984’s ‘prestige pamphlet’ New Gods reprints. Orion assaults Apokolips, in an extended (48 page) action sequence that’s low on story, but high on visual thrills and bold page designs. It offered a prelude to the following year’s The Hunger Dogs, in which Orion, New Genesis allies, and the Apokolips underclass (the eponymous Hunger Dogs), rise up against tyrannical overlord Darkseid. It’s a thoroughly ‘Apokolyptic’, yet strangely underwhelming, ending. The art on both falls short of the 1970s work. The, then state-of-the-art, painted colour on The Hunger Dogs is occasionally dazzling, but too often intrusive, adding modelling where it’s not needed.

Extras include the cover artwork for both the 1970’s originals, and 1980s reprints, pin-ups, pencilled pages, and concept designs – including a revelatory painted and collaged Metron. The later material reduces the overall star rating, but this is nonetheless the definitive edition, and clear best buy.