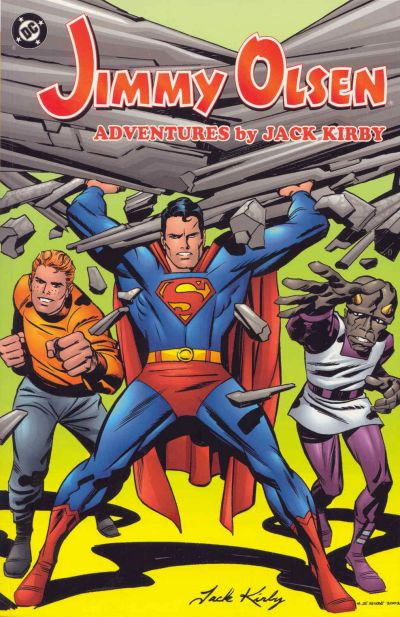 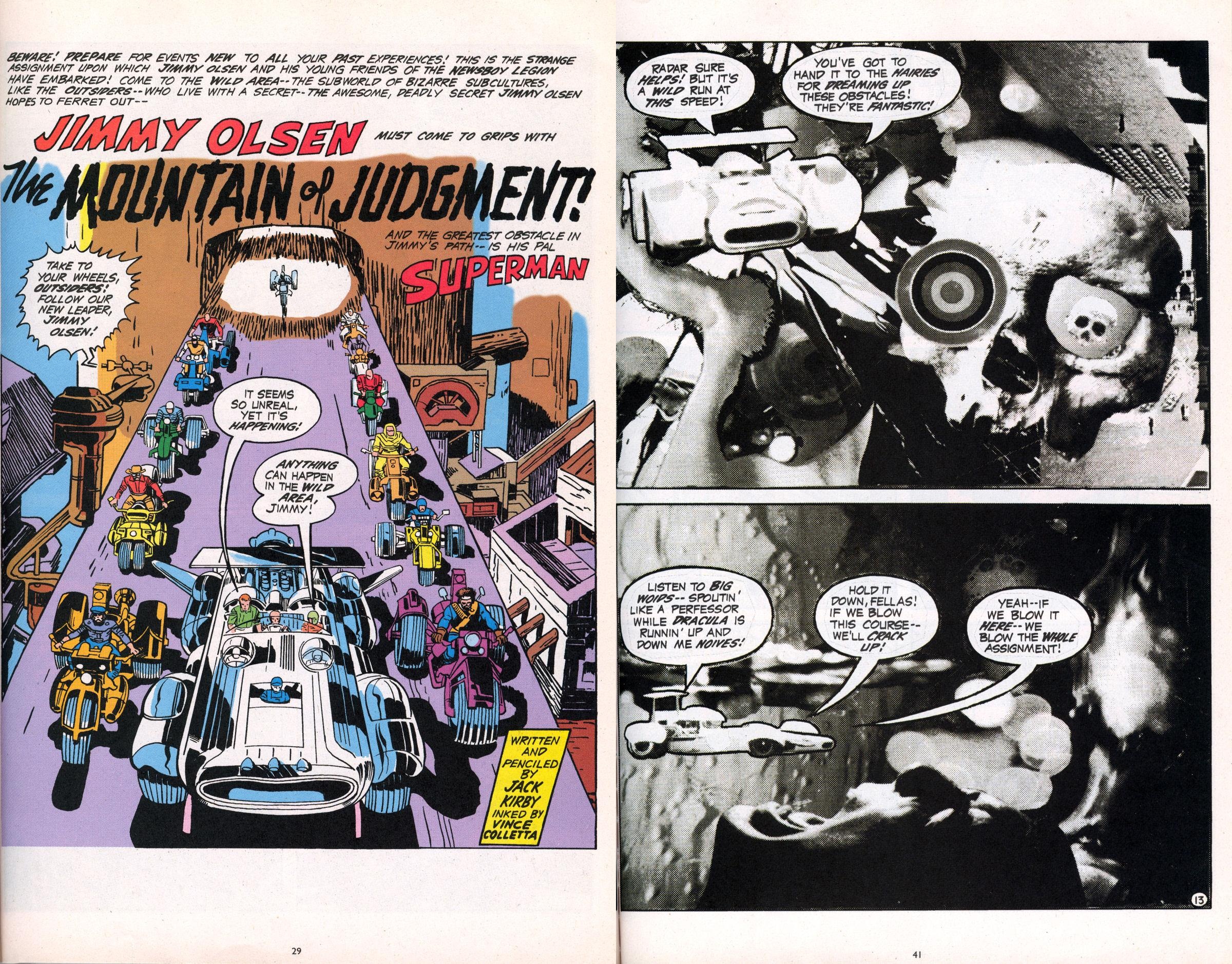 A widely circulated story has it that on moving to DC and keen to begin work, Jack Kirby was asked which title he’d like to take over. Kirby is supposed to have responded that DC just give him their lowest selling feature, and so his first DC work of the 1970s was on Jimmy Olsen. In his introduction Mark Evanier fully addresses how that story contains some truth, but a fair amount of exaggeration.

Even so, Kirby and Jimmy Olsen was a bizarre combination. Cub reporter and photographer Olsen was Superman’s pal, prone to being deposited in odd circumstances so Superman could rescue him, or donning outlandish disguises in search of a scoop. It was, however, a title without a creative team at the time, and Kirby was confident enough he could turn around the unlikeliest feature. This was usually by doing what he wanted, and ignoring anything other than the primary components. It certainly brightened up Jimmy Olsen at the time, and ensured these stories from 1971 are still readable today without first donning the irony hat required for most other Olsen stories.

If the conservative 1970s DC hadn’t really considered what they were getting, then the first few pages set them right. Olsen enters a garage occupied by the scrappy Newsboy Legion, kid gang characters Kirby had created in the 1940s, and the page turns onto a spread featuring an amazing futuristic vehicle, unfortunately partly swallowed in the central binding. Equally unpleasingly, DC considered the way Kirby drew Olsen, Clark Kent and Superman violated their character models, so other artists, primarily Al Plastino and Murphy Anderson, redrew them throughout his run.

Those are the negative aspects, none down to Kirby, who according to the introduction delivered the biggest sales leap ever seen between two issues when he started on Jimmy Olsen. There’s an exciting energy from the start as it’s established that the Daily Planet’s new owner is a crook, and Kirby moves subsequent events at such a pace there’s no time to question the lapses in logic. Kirby swerves the plot all over the place. Superman takes on counterculture bikers on fantastic vehicles, there are some amazing black and white montage pages, and at the end of the second episode Darkseid makes his debut. It’s an astonishing thrill ride and Kirby follows it through with even more stunning adventure, but what makes it work is that although Superman is around, it’s Olsen, an ordinary human, whose heroics and intuition save the day.

In the 21st century Jimmy Olsen is still mind-expanding adventure. For every slapdash element such as one of the Newsboy Legion strolling around in full scuba gear including flippers, there’s something incredible to compensate. Kirby was surely the first to include stories based on cloning in comics, and because of the eye-popping machinery and processes he drew it looks fantastic. Switching tone entirely, his final story features comedian Don Rickles, known for his insulting style, and his mild mannered Daily Planet lookalike. Kirby’s storytelling instincts are strong enough that with Rickles now a fading memory, his personality nonetheless comes through.

For extra colour the collection also includes the essay pages Kirby wrote for the original comics. The production problems were rectified when most of these issues are included in Jack Kirby’s Fourth World Volume One, but that’s an expensive hardcover. A second paperback in this format followed, collecting the remainder of Kirby’s Jimmy Olsen stories, or later still a complete collection was issued.