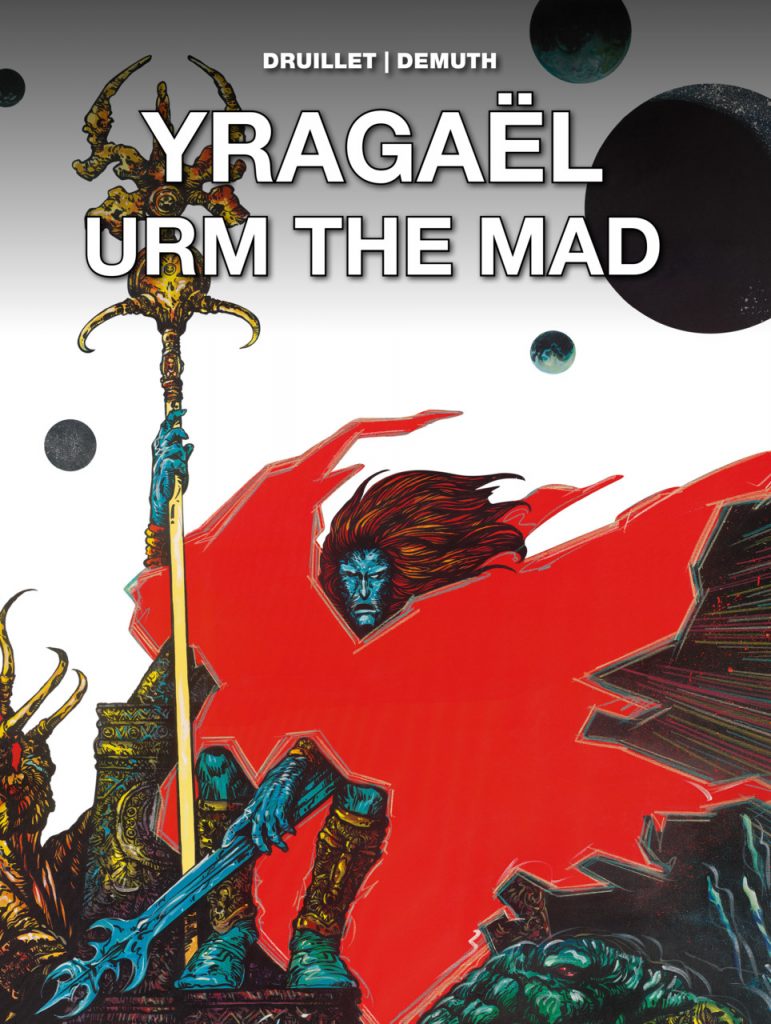 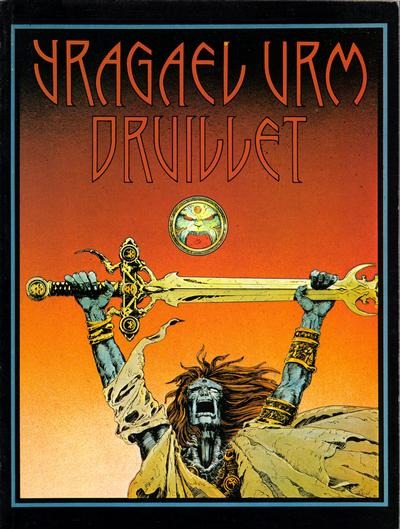 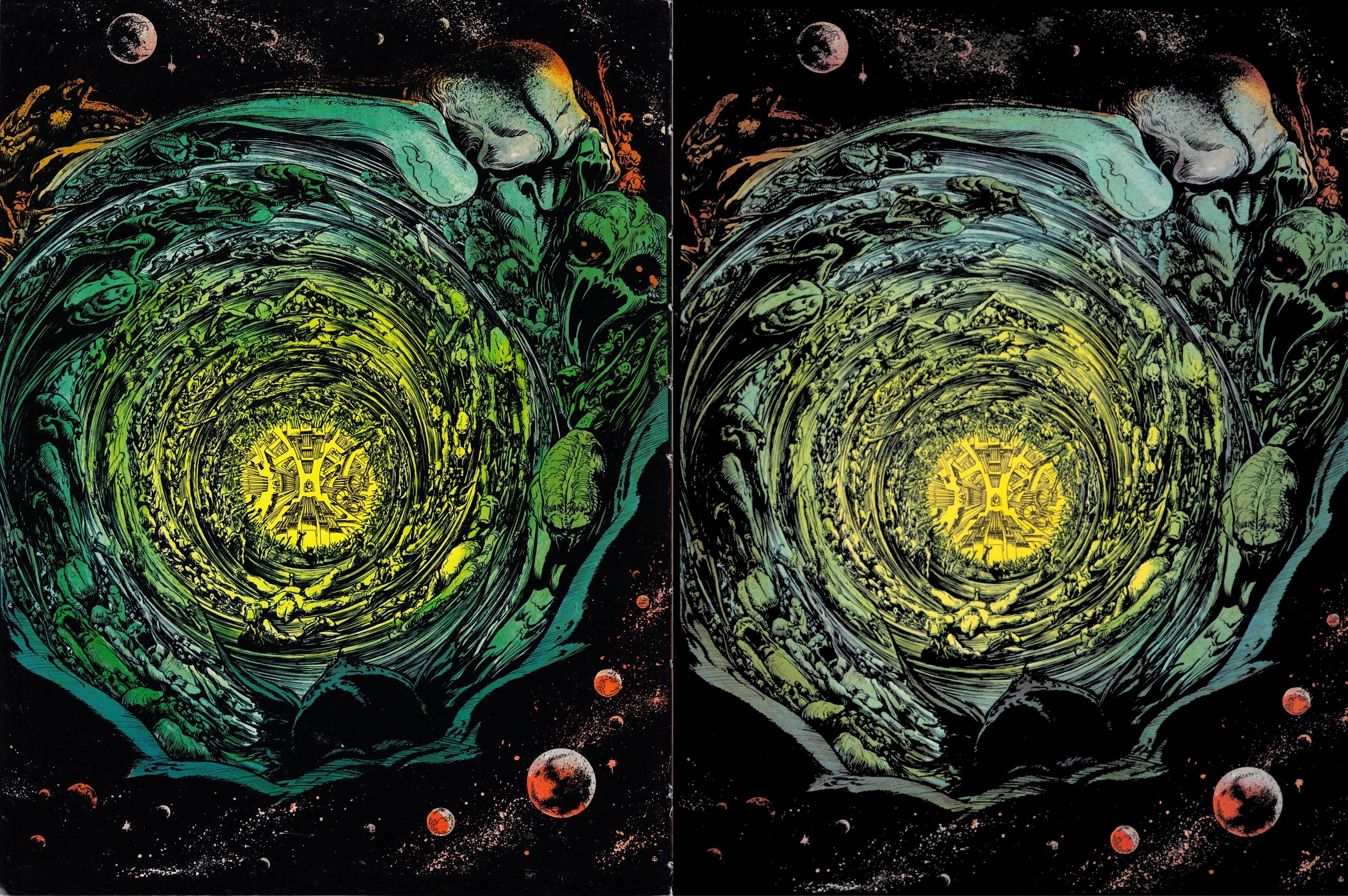 As is the case for pretty well all of Philippe Druillet’s projects, the ambition is mighty and can’t be faulted. Collaborating with writer Michel Demuth, more commonly known for translating science fiction novels into French, Druillet begins with the origin of the known universe in both biblical and scientific terms, filtering it through his own unique perspective. He then recalls Cemeroon, the most magnificent of civilisations, with the evil city of Spharain at its heart. Can the prophet Yragaël prevent the coming pestilence?

The illustrations are fantastic, every single one a prog rock album cover, Druillet’s imagination providing the swirling spiral seen on the sample page, or millions of humans pouring as if a water torrent from destroyed baroque constructions, or Yragaël surfing the galaxy on a giant red disc. Living brickwork comes to life, abstract shapes collide with ancient symbols, imposed on towering edifices unimaginable before Druillet. Everything is on a mind-boggling scale, the detail Druillet depicts almost sanity-shattering in its minute construction. However, try actually reading any of the captions and they make little sense, constantly introducing new names, invoking new Gods and new civilisations in the most pompous terms. It’s utter gibberish, but looks fantastic.

A century later the mad Urm starts hearing voices explaining that he’s Yragaël’s heir. If he can return a talisman discarded by his father he can return as king. There is some sense to this portion as the hapless Urm receives contradictory messages and is sent on a series of missions. Unfortunately for him, though, he’s nothing more than the thread used for Druillet to connect his fantastic illustrations, now slightly more controlled, with Urm all too often merely a dot needed to display the scale of what Druillet draws.

What Druillet draws is stunning throughout, and because he’s taken the pagination into account when preparing his spreads, he also provides chapter separators, intricately decorative beauties involving as much work as the story pages. No-one comes to Druillet for the plots, they come to have their horizons expanded by the art, and this is page after page of beauty. However, there is a caveat…

For all that Yragaël is prime, mind-blowing Druillet, production problems afflict each of the two English language editions. Poor binding of the Dragon’s Dream paperback meant pages were falling out in the late 1970s, so the possibility of them staying in place now is slim. On the other hand, the original edition was at least faithful to Druillet’s intention, with bold clashing colours. The renamed 2018 hardcover features a better, less florid translation from Edward Gauvin and pages that remain in the book, but the printing is a disaster area, with colours toned down and washed out. If you’re unaware of this, maybe the book will still look good, but if you are aware it’s astounding how such a mistake could have been made. The changes to the lettering from hippy central to legible is, however, preferable.