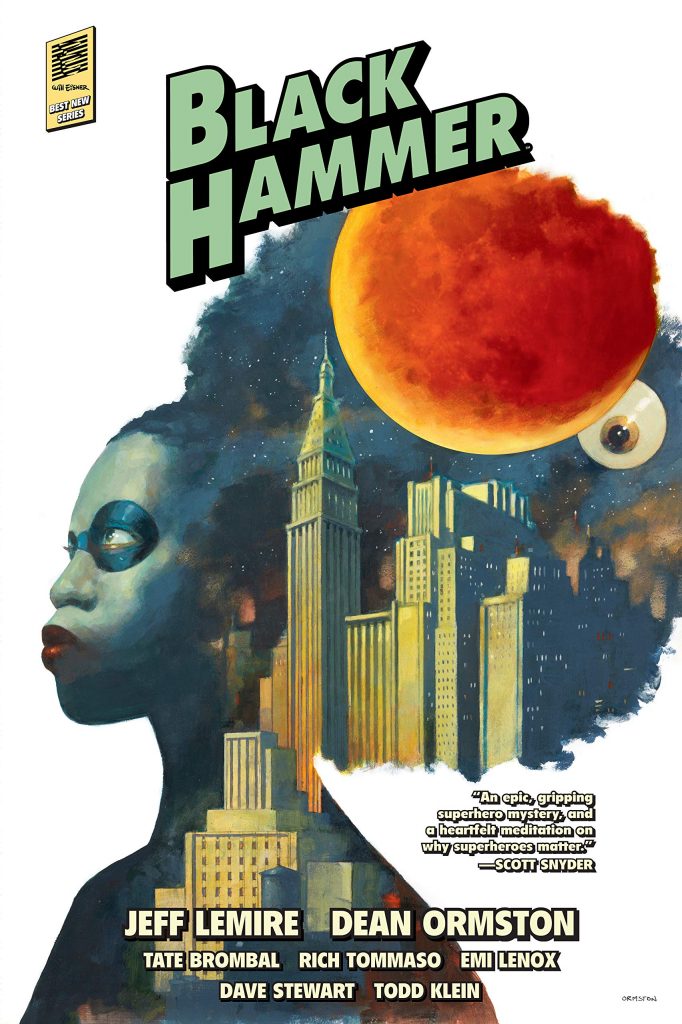 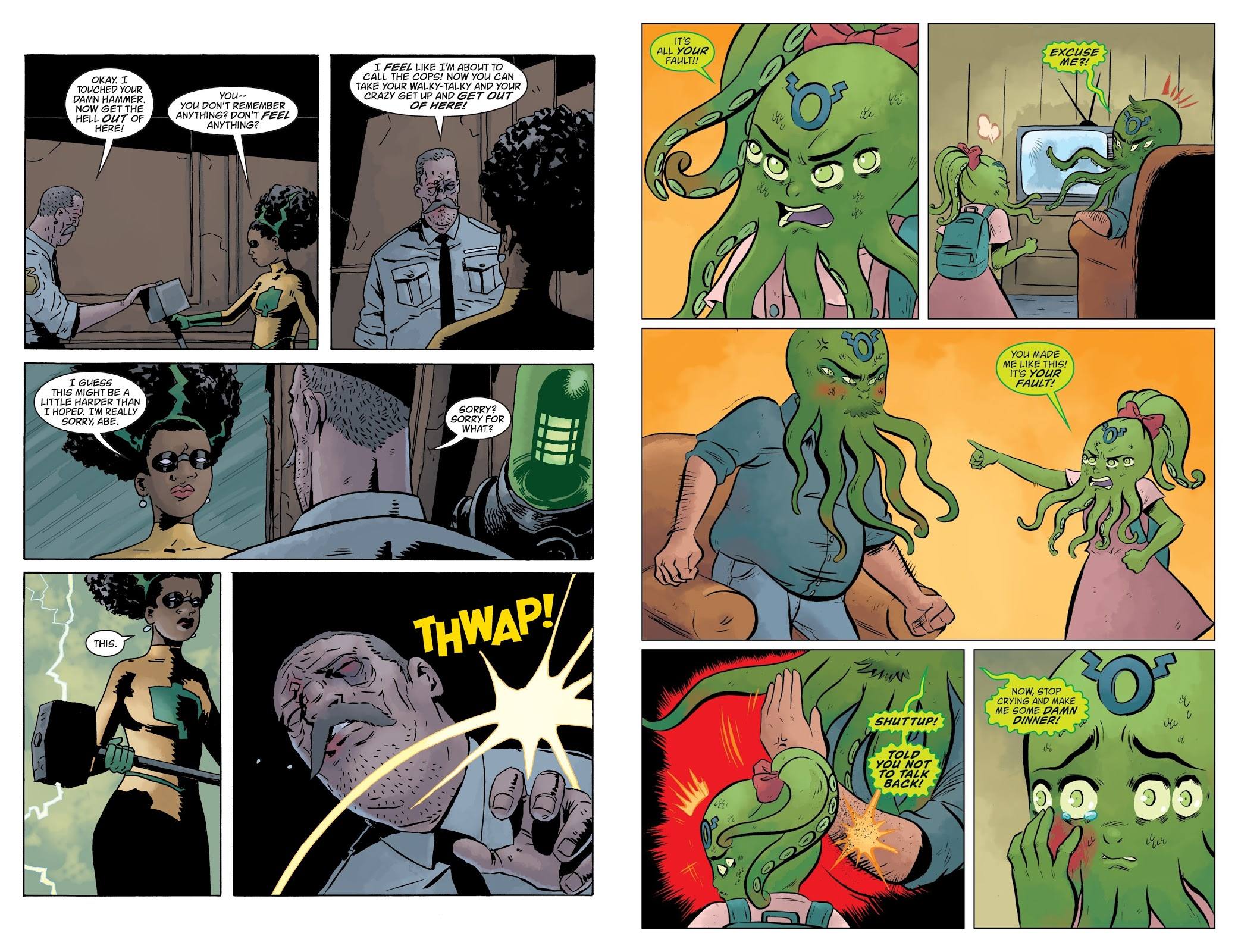 The first Black Hammer Library Edition ended on a thunderbolt. Lucy Weber, daughter of the original Black Hammer, had picked up his hammer, been transformed into a costumed superhero like he was, and announced to the other lost heroes that she knew what was going on. Of course every reader’s come back for more! Jeff Lemire, however, isn’t giving everything away that easily. It’s not until midway through what originally issued as Age of Doom, that we discover what Lucy knows, and why a group of superheroes are languishing in an American rural town that they’ve been unable to leave for a decade. The truth is unlikely to have been predicted by any reader, and getting to it involves a creatively strange journey during which Lemire investigates different genres of storytelling.

Dean Ormston’s art has been excellent throughout, adding to the mood of unreality by presenting superheroes, but not as we know them. His versatility truly shines when it comes to supplying different locations and exotic people. The mood remains resolutely downbeat, but Ormston also applies a sense of the wacky. So does Rich Tommaso, stepping in for two chapters seemingly unconnected to the main plot, but actually integral.

In effect, the final chapters of the main story press the reset button, and it’s fascinating seeing the characters we’ve become used to now reconfigured. Because Lemire and Ormston have established them so diligently they transcend what’s the most traditional superhero segment building toward the end. Despite the decree of the fates having to be followed being frustratingly convenient, Lemire supplies a solution as smart as Black Hammer has been all along. It’s a rare experience, and thoroughly recommended to anyone who thinks they may have outgrown superheroes, as these are superheroes, but not as we know them.

The benefits of the hardcover Library Edition extend beyond just the presentation of all art at larger than usual size. Lemire and Ormston are fullsome with the extra pages, which account for around a quarter of the content. All covers to the serialised chapters are present, minus logos, all aspects and characters are featured in thirty pages of background information, including those from associated graphic novels. There are some roughs and pre-inked art from Ormston along with his thoughts, and a thirty page back-up strip. That’s by Lemire and Emi Lenox, starring Cthu-Louise, as seen on the right hand sample art and introduced in Sherlock Frankenstein. It’s another of Lemire’s stories about isolation, here enforced by Louise’s unconventional appearance, which makes each day at school one of torment. As her name indicates, there’s some toying with the Lovecraftian horror of the Elder Gods, but that’s just a veneer. It’s a glib piece overall, Lemire also influenced by the twist ending horror stories of the 1950s, but Lenox supplies a suitably sympathetic Louise, and not everyone will see the ending coming. On it’s own it would be average, but as a bonus it’s fine.

Lemire explored the nooks and crannies of Spiral City in the company of other artists, and these are collected in two separate Library Editions titled The World of Black Hammer.