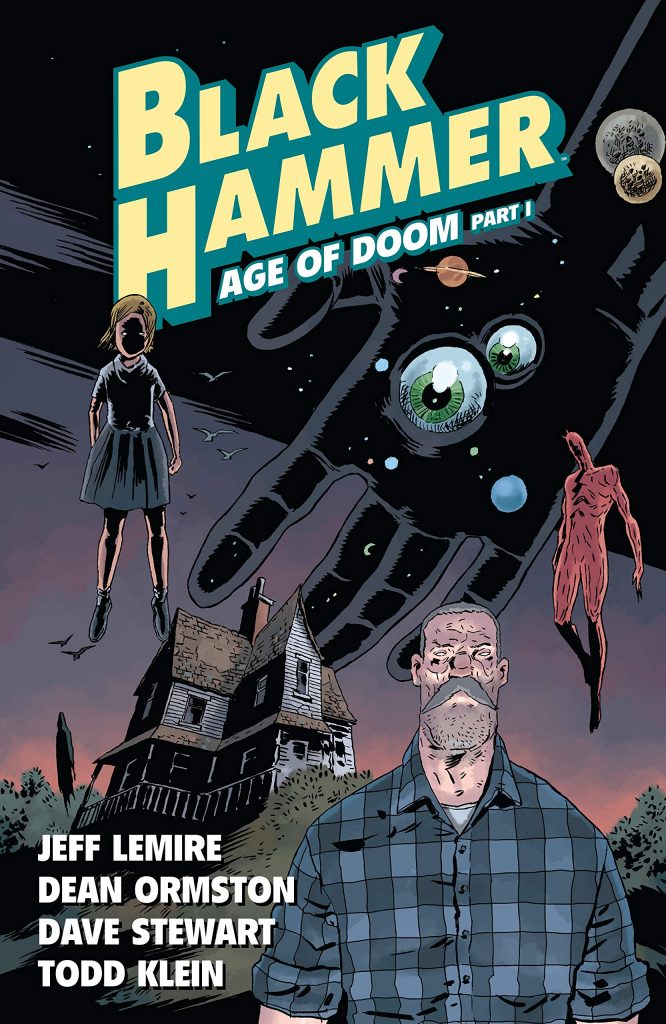 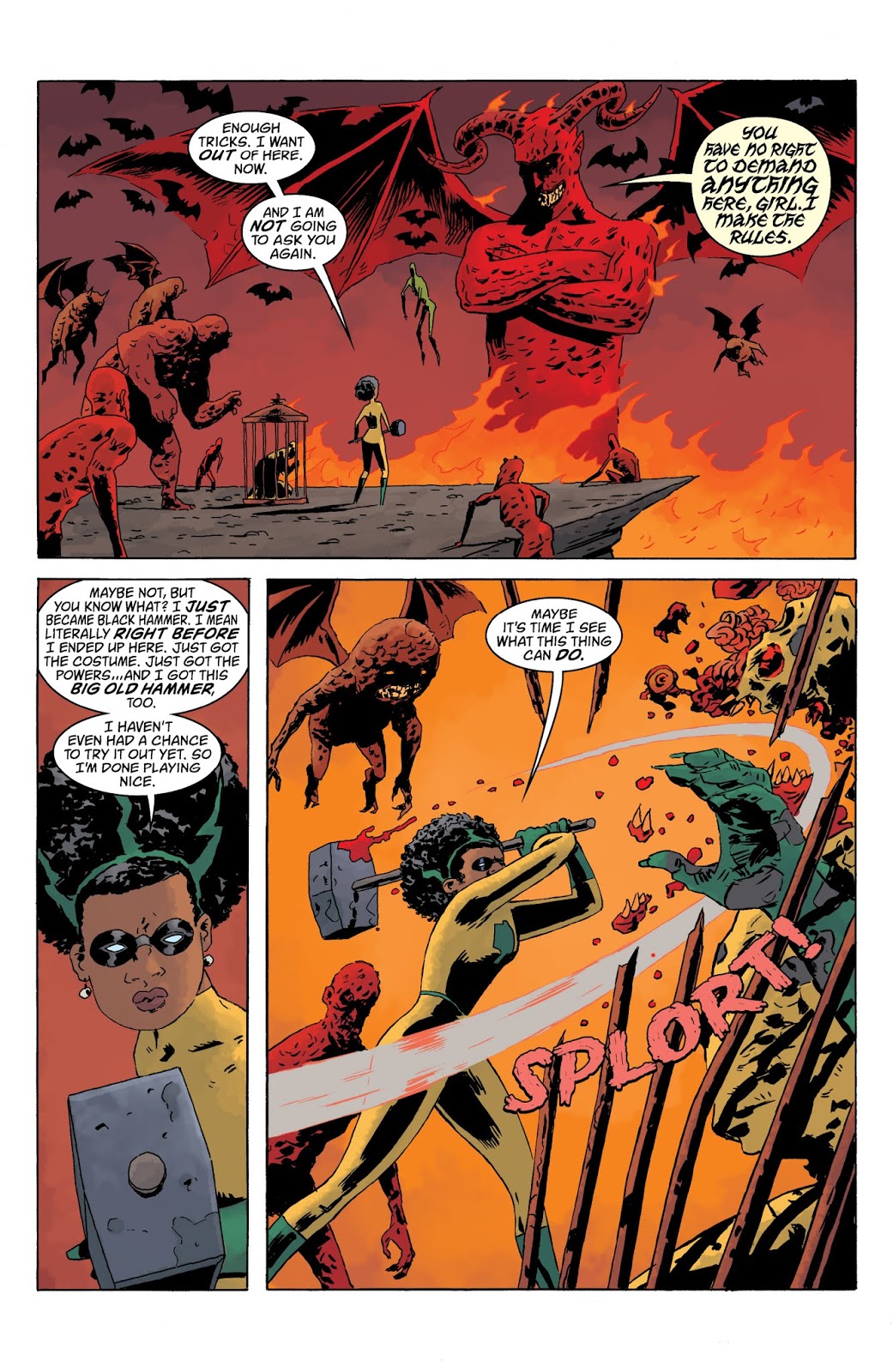 The Event ended with one hell of a shock. When the group of superheroes followed over two volumes became trapped on the rural farm, the mightiest of them, Black Hammer, was instantly killed. His daughter has spent years tracking him down, and when she grasped her father’s hammer she announced she knew everything that was going on, knowledge that had eluded the other heroes for years. Jeff Lemire masterfully shreds our expectations over Age of Doom’s first few pages. There are revelations, but they don’t come immediately, and when they do arrive they’re well beyond the notions usually found in a superhero story.

Six panels after she reiterated her position the new Black Hammer disappears, leaving an even greater sense of despair behind her, as the other heroes were oh so briefly offered hope after so long without it. We should be used to that, as from the start Black Hammer has been a series defying superhero conventions, and over five chapters Lemire manages that again by completely altering what his story’s about. It’s ambitious, possibly won’t be to all tastes, and isolated from the conclusion there’s some doubt that Lemire’s going to pull off what he’s set in motion, but uncertainty’s no bad thing. Along the way a few loving nudges are made toward other features.

Strangely, as good as he’s been to date, this is the story arc where the choice of Dean Ormston as artist really pays off. To date his jagged, depressed cast have set a downbeat tone in a consistent environment, but that now changes, and he has to switch from one location to another and at some pace. Without wanting to throw in a spoiler, let’s just say he draws a fantastic Satan, simultaneously fearsome and farcical, which is the point.

Lemire does play fair with us, and the revelations hinted to close The Event flood out in the final chapter. It leaves the cast even more fractured than previously, and in the midst of problem that appears to lack a viable solution. Can there be one? We’ll find out in Age of Doom Part II. Alternatively both are combined in an oversized hardcover in the second Black Hammer Library Edition.