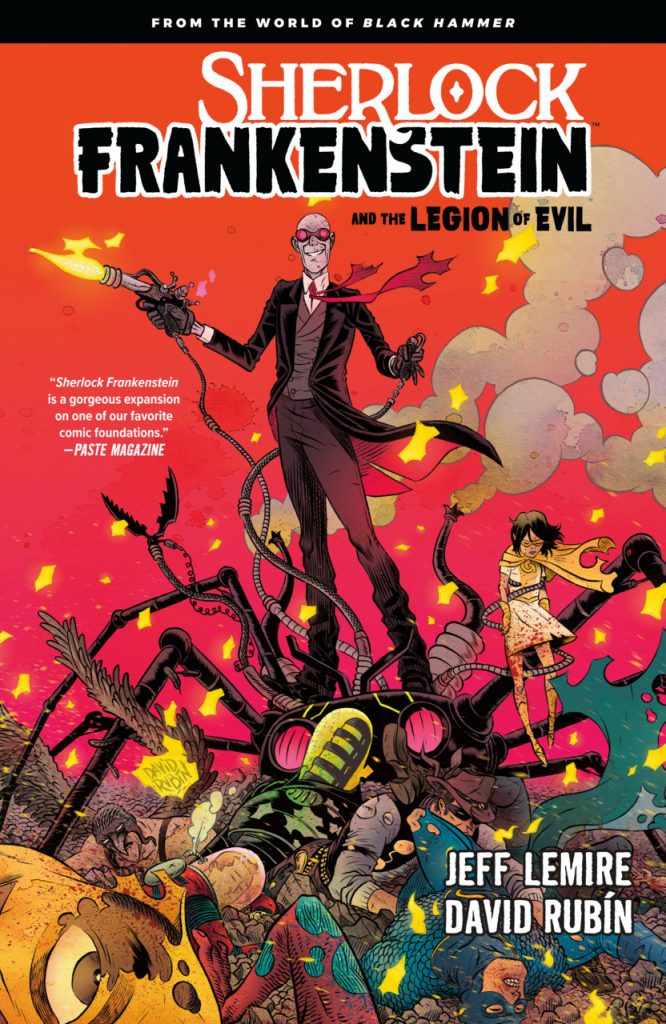 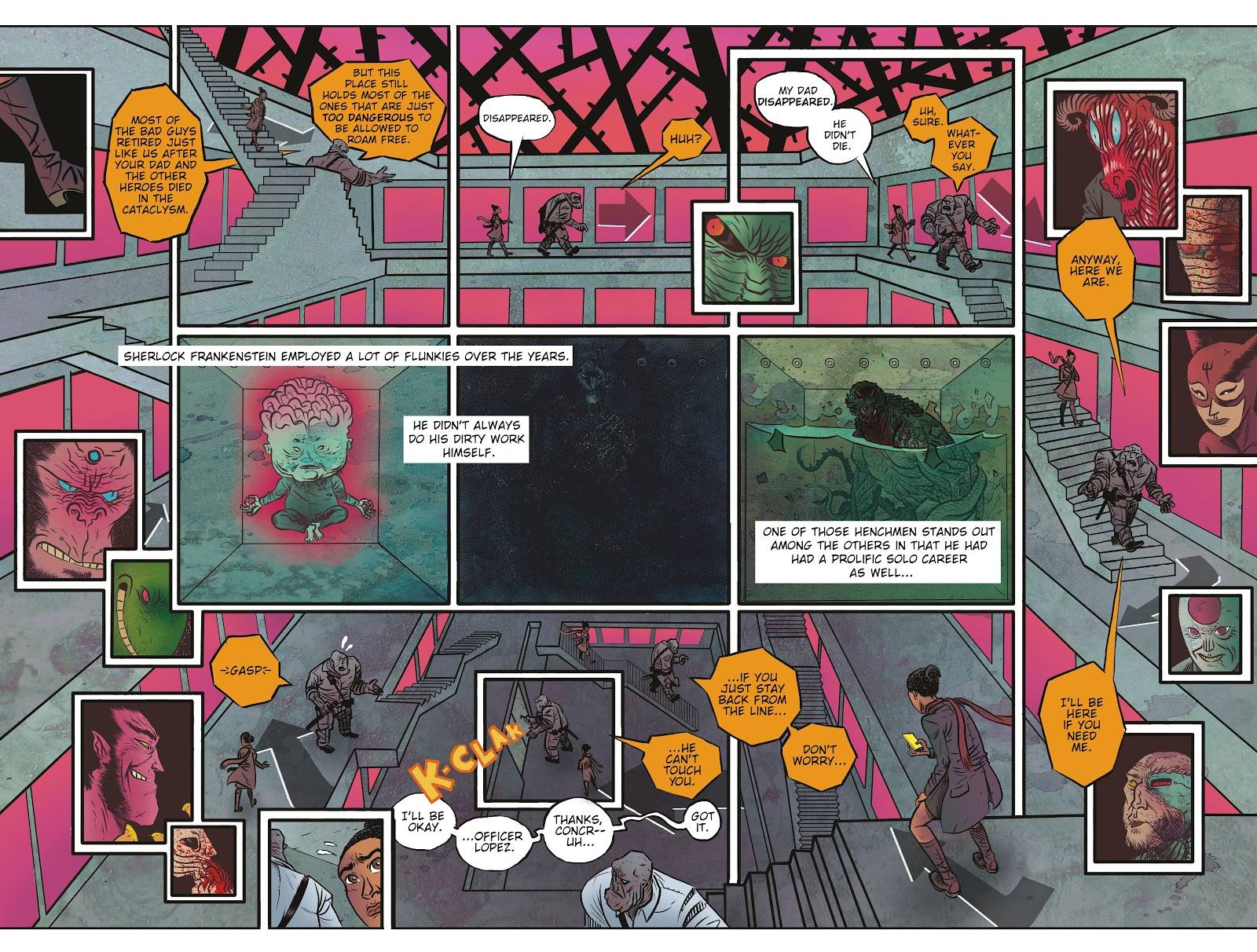 Unlike most other tie-in graphic novels Jeff Lemire created around his core Black Hammer cast, Sherlock Frankenstein and the Legion of Evil looks to the past, but picks up shortly after the disappeared heroes saved Spiral City from the Anti-God. In the main series Black Hammer’s daughter Lucy Weber finally makes a breakthrough and locates the missing heroes, and a chapter of that explained how she set on the path (reprinted along with this in the first World of Black Hammer Library Edition). This begins with a continuation, Lucy figuring that if no heroes are left to help her find her father, the next best bet are the villains. Lucy doggedly interviews one after another, beginning by searching for the most troublesome villain, the genius that is Sherlock Frankenstein. The only problem is that he’s not been seen since escaping from an asylum in 1993.

In the main Black Hammer story Jeff Lemire continually drops hints about what life in Spiral City is like, and about the other characters who populate it, occasionally providing glimpses, and he uses this story to flesh things out, as some have been briefly seen in the main series. In passing we’re introduced to some former heroes, numerous villains, and a few who’re given more space. Unlike much of Black Hammer’s world, these aren’t such obvious analogues of other characters. Their personalities are very different, but there’s a darkness to all of them, much in the same way there’s a darkness to the main cast after their long exile. Because David Rubín’s loose cartooning is so quirky he might not occur as a great choice to investigate these dark characters, but he remains true to his own style while also thoroughly letting us know what these people are like. Early in the story we meet Grimjim, who’s like something Kevin O’Neill would conjure up, demented, dangerous and drenched in evil.

Rubín tells much of the story in spreads, meaning there’s the occasional loss of detail as the pages slip into the spine, but the spreads have been designed with this in mind, so no dialogue goes missing, and any illustration is incidental. As seen by the sample art, those spreads can be complex and ambitious, with time taken way beyond the effort most artists would put in. His sometimes wild colour selections add to the mood. In what’s essentially a bunch of character studies, Rubín ensures they live longer than usual.

Sherlock Frankenstein remains out of reach for much of the story, but when his past is revealed he proves the most compelling of an interesting bunch, living up to both aspects of his name, and with a healthy injection of Lex Luthor. He spans the history of super beings in Spiral City and although there’s only enough space for a few dips away from what’s in effect a list of his achievements, he has infinite potential, and Lemire and Rubín ensure he’s someone we want to see again. While Rubín’s art has been excellent all the way, for the final chapter he pulls out all the stops, and Lemire continually surprises, although anyone who’s read Black Hammer: Age of Doom Part II already knows one of the best. The emotional roller coaster of the final chapter alone makes Sherlock Frankenstein worth reading, and there’s a lot more to enjoy besides. 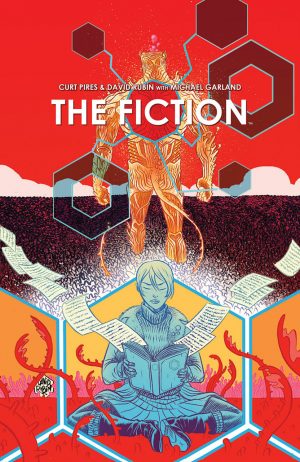