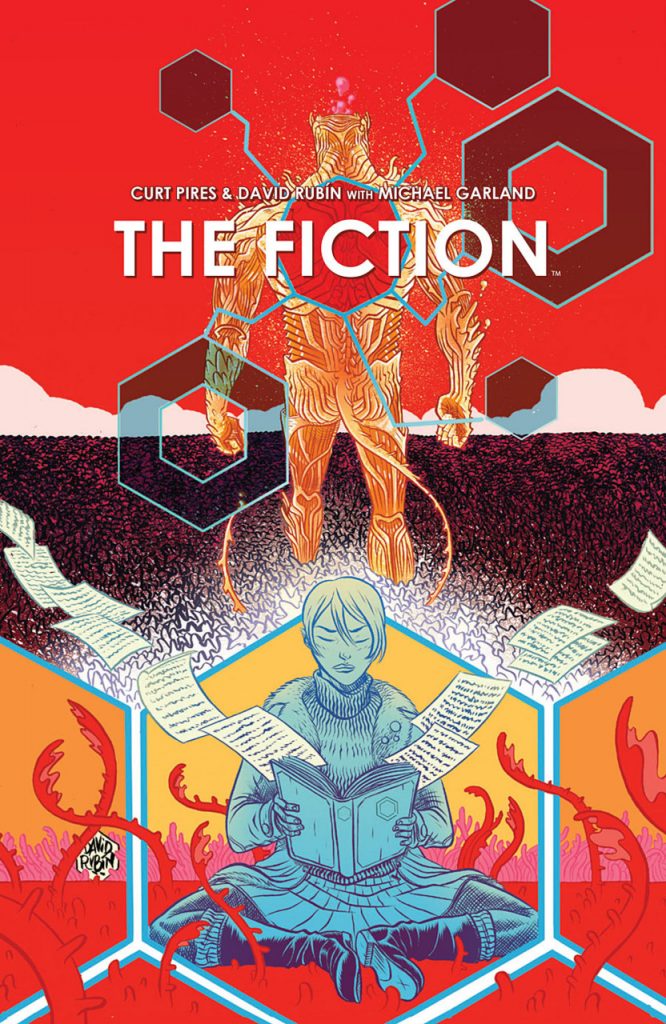 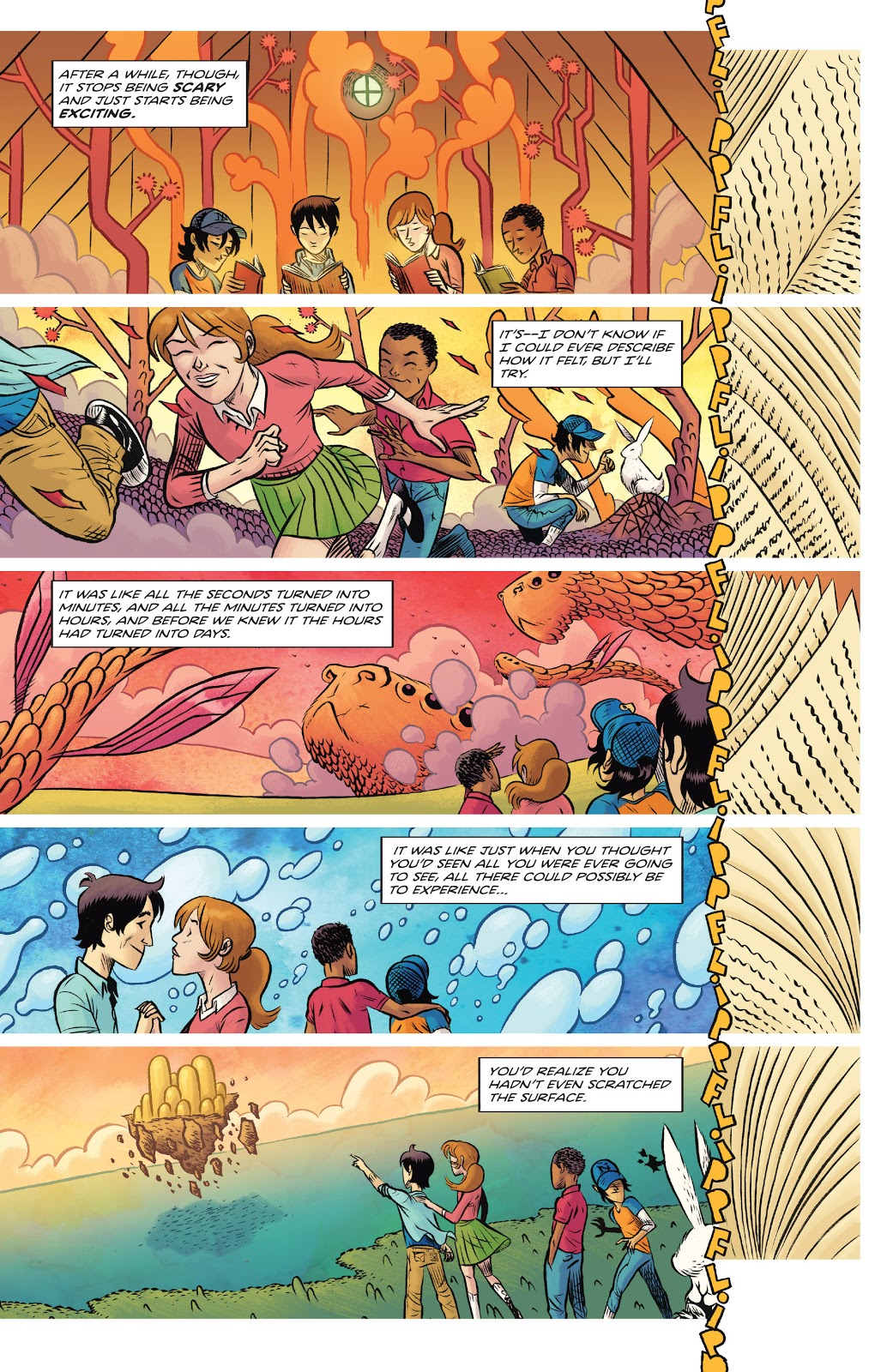 In the past, four teenagers are in the attic with a pile of books while all their parents argue below. Tsang starts reading from a book and they’re all instantly transported to another land. In the present Tyler is now an adult, and when a book falls from his shelf he begins reading and disappears. Tsang never returned from that trip as children, and the other three have grown to adulthood processing their fairyland experience in different ways. Max has convinced himself it was all a fantasy they concocted between them, but Kassie who’d previously suppressed her own memories decides that’s no longer acceptable.

Curt Pires takes an interesting approach with The Fiction, the title having a dual meaning for a start. The alternative place isn’t a comforting Narnia world, Pires doesn’t ignore the real world procedures applied when a child disappears, and he has a few comments about the nature of reality. Is it really just what we project onto it? Perhaps someone ought to ask Donald Trump that. This is a dark meditation on the sins of our fathers and the events that shape us, making us who we are.

Over the years David Rubín has become somewhat of a go-to artist when the creation of another world is needed. As seen from the sample page, he puts the effort in for the cheerful child friendly fantasy land, and he’s also on point when it comes to the nastier version seen later. He supplies this as a stark, angular place, primarily using shapes and counting on colourist Michael Garland to add the depth, but also delivering what’s necessary when it counts.

A brilliant piece of plotting transforms events just before the final chapter, something to be admired for its audacity and simplicity. Also admirable is how much Pires packs into four chapters, helped by Rubín’s ability to cram one hell of a lot into a spread. There’s a directness to The Fiction, meaning many possible diversions aren’t taken, and a casualty of so much being packed in is that some aspects could do with greater explanation. Taking the mechanics for granted is fine, as they’re a means to an end, but slightly more about the people would be nice. Alternatively, a form of god as an alcoholic and a poor parent is a neat touch in isolation. It’s not perfect, but there’s much to admire and enjoy about The Fiction, not least the ambition, and it began an impressively diverse writing career for Pires. 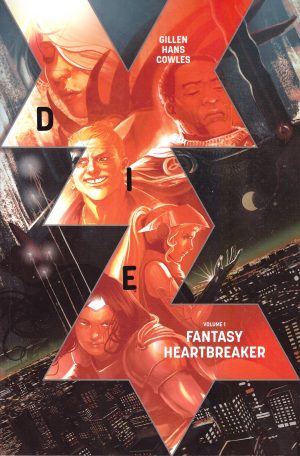