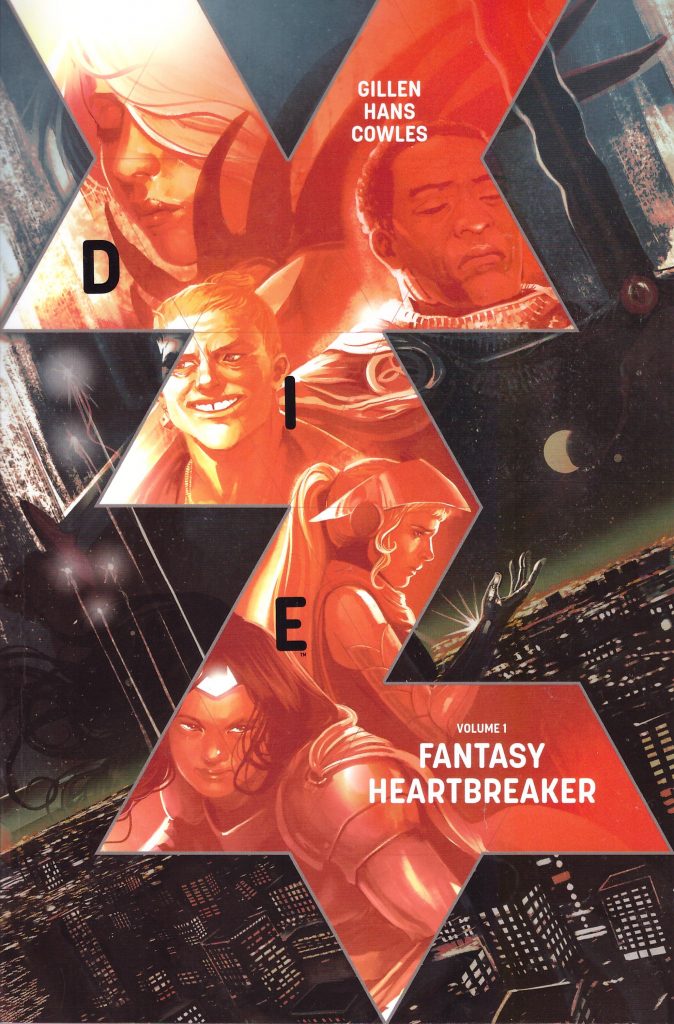 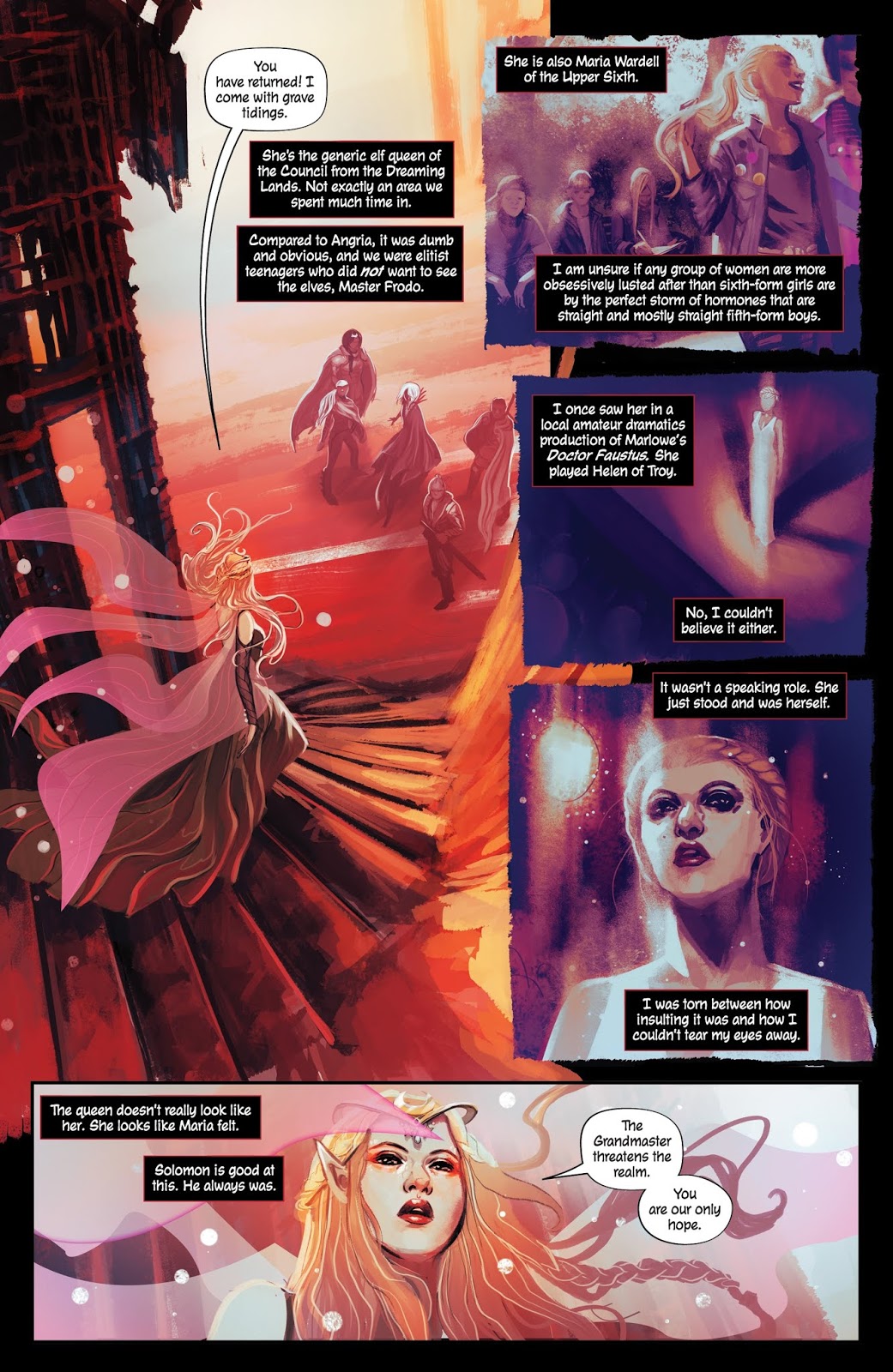 In 1991 the teenage Dominic takes his younger sister Angela along to a role playing game session with his mates, about whom in hindsight he’s largely judgemental. A jump two years forward, then another to the present day don’t begin to explain why, except that the game’s instigator Sol disappeared all those years ago. Dominic is now forty, and Angela has long since learned to live with a missing right arm. No-one will speak of what happened.

Kieron Gillen has a good reason for that. The characters the six teenagers created when beginning their game in the past were the characters they assumed when actually transported to the fantasy land they believed to be their creation. In the past it took them two years to escape, except Sol didn’t. The last thing any of the others expected was to be transported back to the fantasy land in their forties. What’s changed most are their personalities, apart from the gung-ho Chuck, forever sixteen, which might be a help with everyone trapped in a land created by sixteen year old gaming enthusiasts. As we discover, their earlier selves have a legacy.

That Gillen has participated in his share of gaming is in no doubt, and in the essays at the back of the book he talks about how he wants Die to have the common seductive elements of role playing, while also coming at it from a new angle. He succeeds at that, reconfiguring the familiar for gamers by making it have consequences. The lives of a group of people aged around forty are dependent on the abilities and unforeseen limitations they devised before full emotional maturity. The backdrop into which the cast are dropped is an eternal warzone resembling the conditions of World War I with fantasy additions. An interesting bonus is the references Gillen throws in, a teenager’s approximation of J.R.R. Tolkein’s wartime experiences being one. It results in a strange, melancholic interlude.

On a panel by panel basis Stephanie Hans’ art is phenomenal, and Gillen has it just right when he refers to her “operatic intensity”, but over the course of an entire graphic novel it begins to wear. She’s overly reliant on combination of red and black to set a mood, and there’s no emotional resonance to the cast. With a single exception (powers reliant on being miserable) they’re all either pouting or grimacing, so there’s no transmission of what anyone is feeling.

The title, by the way, is clever, perhaps not as obvious as it seems, and as Gillen and surely almost anyone thinking of buying a graphic novel based on RPG formula is aware, The Quest is paramount. Gillen sidesteps that beautifully, leading into a final chapter that throws everything up into the air. It’s not that Die has been shabby before then, but after a great opening concept it hits a rut that’s wiped out at a stroke. The final page again redefines everything in the manner of a true games master and you’ll want to be back for more in Split the Party. 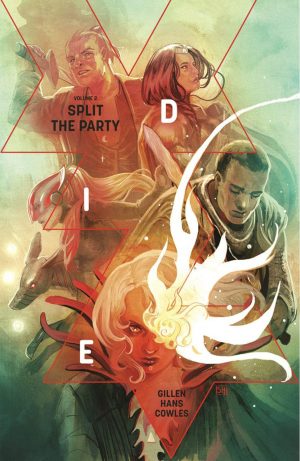 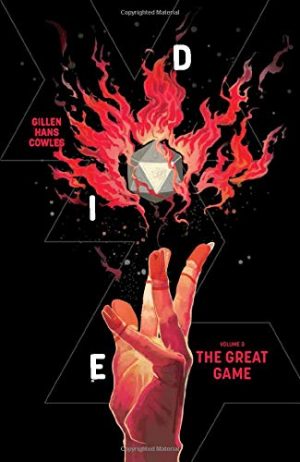 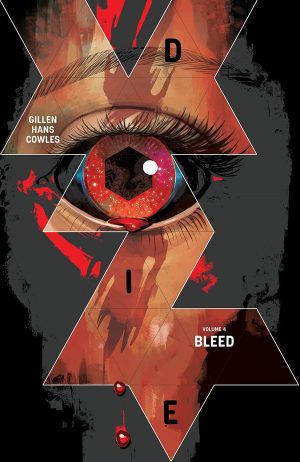