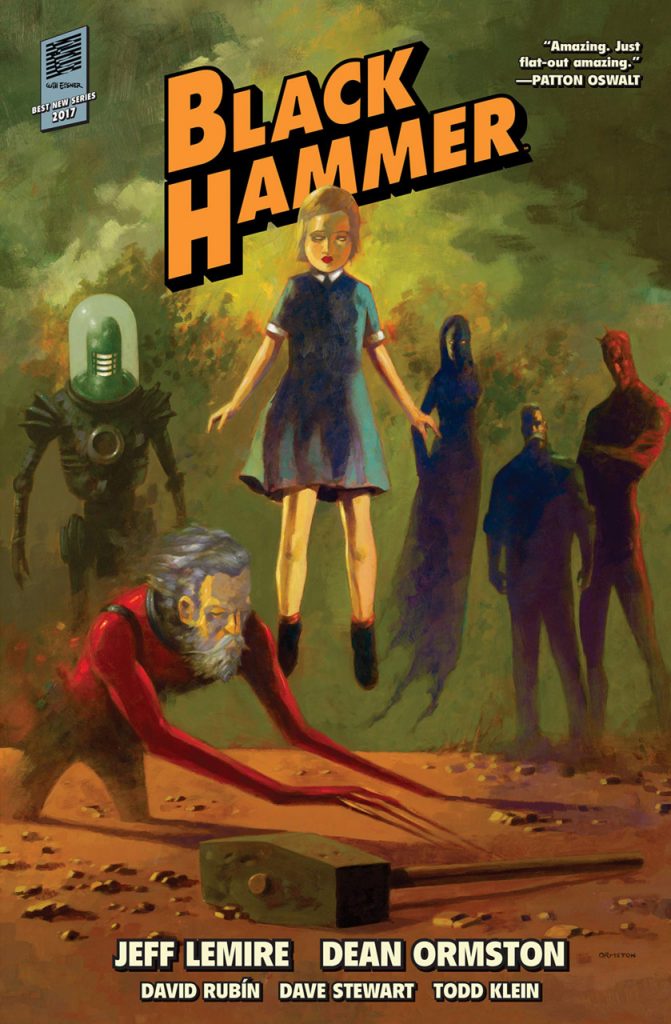 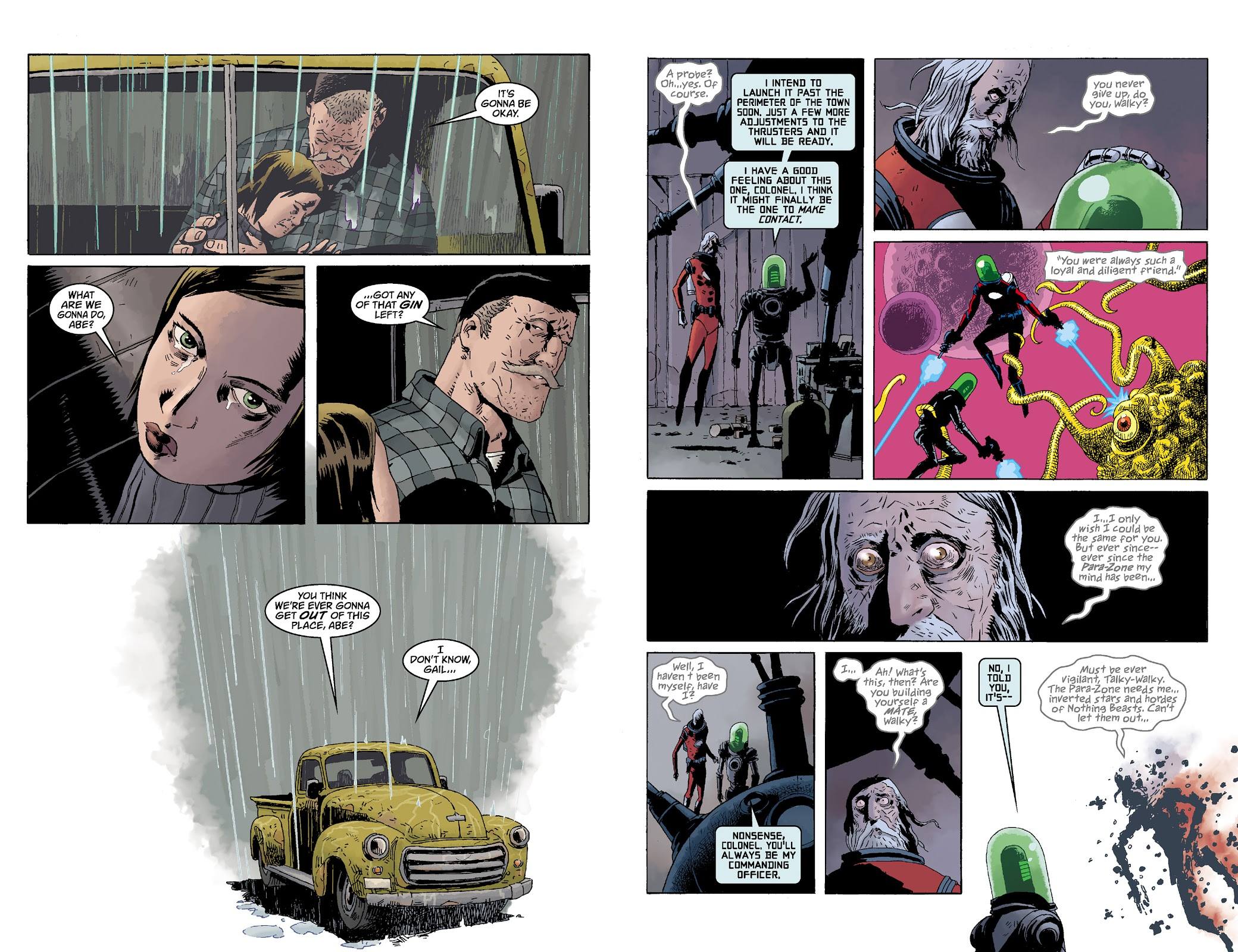 Black Hammer is a superhero series unlike any other because the focus is a collection of heroes who’ve given up. A bunch of individuals united for a desperate battle to save their city, and presume they did so, but for ten years now they’ve been trapped in a small rural town where superheroes are unknown. They discovered the hard way about a force field that limits their movement to a couple of square miles. That’s not their only restriction. Because she was a child when first given super powers, Golden Gail always manifested as a child when using them, but she’s now been an older woman trapped in the body of a nine year old for a decade. Barbalien is a shape-changing Martian warrior only able to show his true form around the farm the cast occupy. The same applies to the fractured personality of another hero, who floats between dimensions, and the robot being who still searches for a way out. Despair is high on the agenda when only one of them can really fit in with the locals.

Isolation and melancholy are themes common to Jeff Lemire’s more personal work, and that’s combined in Black Hammer with a love of superheroes. Because this is filtered through his very individual creative mind the result is stark, offbeat and compelling. Dean Ormston is an equal partner, his talent essential to conveying fractured, frustrated and disjointed personalities now almost incapable of a basic smile. He conveys sparsity and an enclosed world that convention tells us ought to be a friendly rural community, all moms baking apple pies for their husbands after a hard day in the fields, yet this is the mirror image, glum and baleful. Because Ormston draws craggy, awkward people on whom life has taken its toll, Black Hammer is as far removed from the traditional depiction of superheroes as it can be, with a few flashback exceptions. David Rubín filling in for a couple chapters gets to draw a retro-styled future.

Readers will recognise the more famous analogues of the cast, twisted by Lemire and Ormston, and time is well occupied introducing us thoroughly to them over the opening half of this finely produced hardcover. In paperback this was issued as Secret Origins, while what was The Event in paperback moves the plot forward. We see more of the world where the cast originated, become aware that some know more than they’ve let on, and are introduced to someone who’ll be involved in one hell of a cliffhanger ending.

Superheroes have been published for so long that it may seem there’s no new method of viewing them, but it turns out it’s all dependent on unique creative visions. Black Hammer is a game changer, and this hardback edition is packed with appealing extras beyond oversized cover reproductions. Lemire supplies old style Who’s Who pages for the cast, while we have some Ormston pages in black and white and some of his design sketches.

Despite sprawling to encompass several spin-off series, the core Black Hammer story was a concise 24 chapters, and these conclude in Library Edition Volume 2. 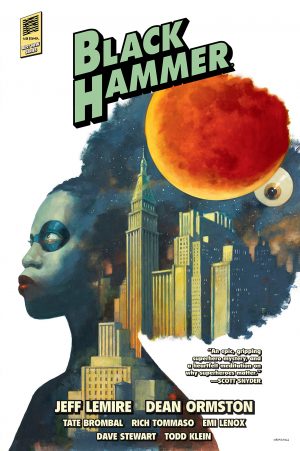 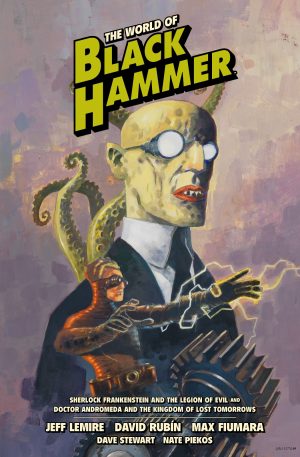 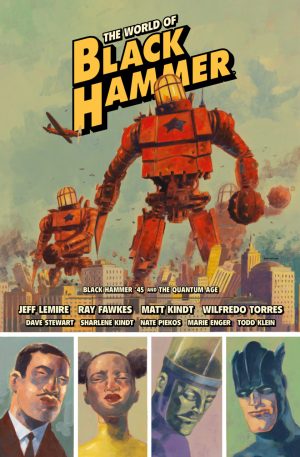