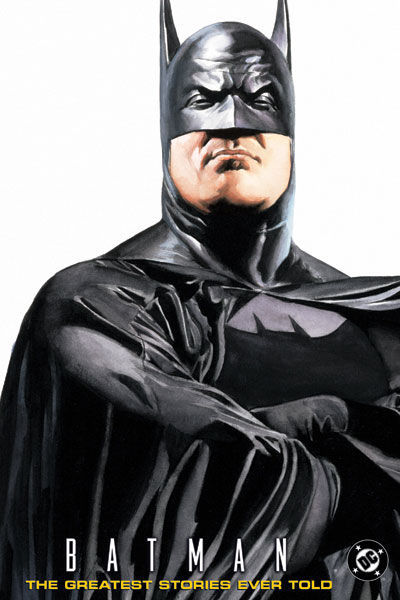 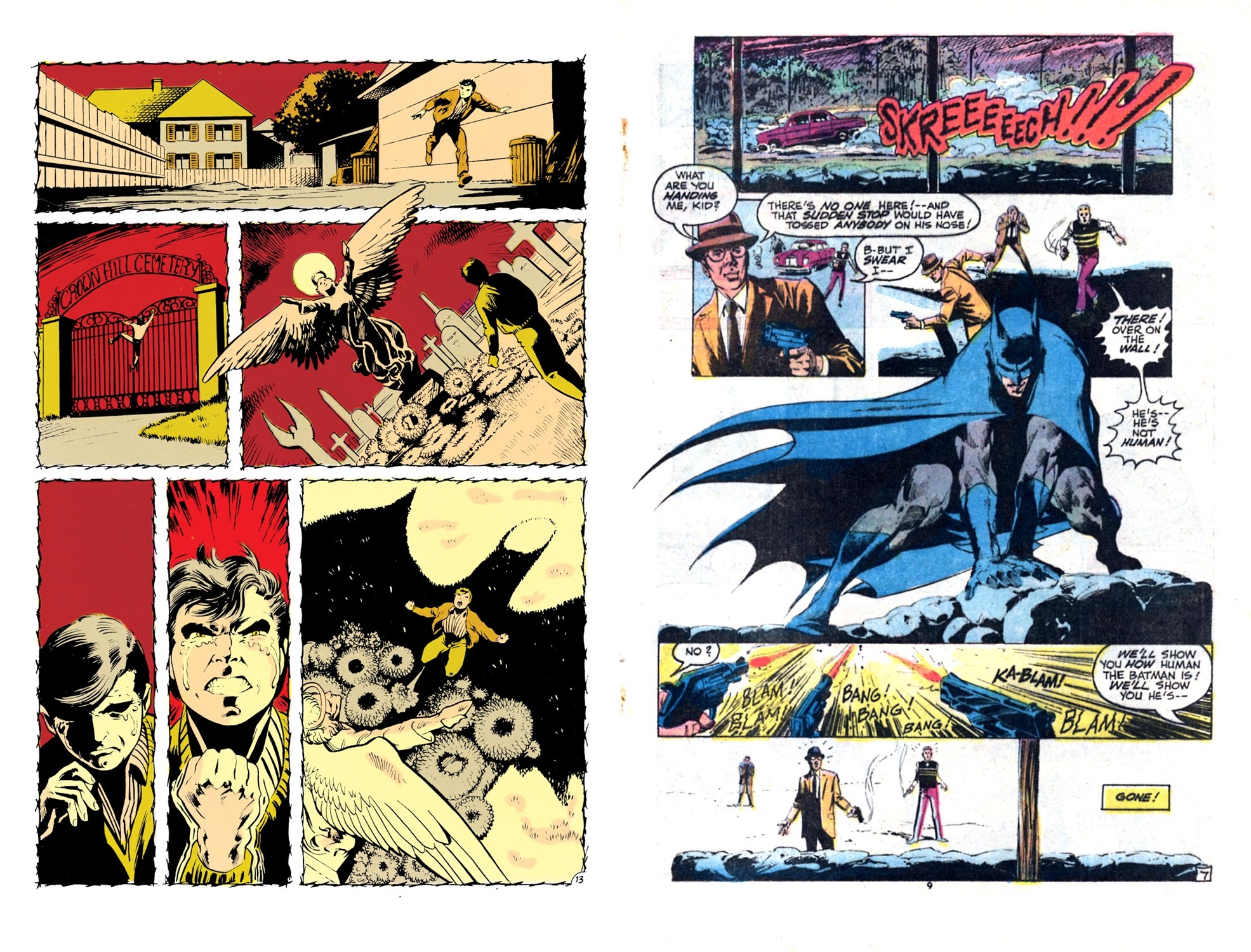 In 1988 and 1992 DC issued two Batman career encapsulating anthologies to diminishing returns, the first by some distance the better of the two, but with Batman approaching seventy in 2005, the selection of available material was theoretically far better.

1939 to the 1972 are represented by a single story per decade, with the best of them surprisingly the first. In most DC anthologies the 1930s and 1940s stories only share the mood with what we now consider Batman to be, but ‘The Case of the Honest Crook’ is an unusually terse melodrama of a type that rarely appears in today’s Batman. The sentimentality of someone hard done by has Batman sorting the problem out, allied with the surprise of a Batman enraged. It still has the feel of the 1940s, but Bill Finger’s plot holds up even if Bob Kane’s art is crude. Finger was still writing Batman in the early 1960s, and ‘Robin Dies at Dawn’ is a typically nutty plot of the type that influenced the 1960s Batman TV show, featuring a hallucinating Batman convinced Robin will die.

Denny O’Neil and Neal Adams’ ‘The Joker’s Five Way Revenge’ is important for redefining the Joker as a callous killer, and still reads well with its catalogue of murders and great art. O’Neil writes two further stories, a clever mystery for Marshall Rogers, and a far more ordinary Christmas piece. It wouldn’t be remembered today were it not drawn by a young Frank Miller, although without that being credited you’d not recognise the style. Also surely only included due to the later reputation of Mark Millar is a very straightforward winter story of Batman searching for a mysterious stolen item, although it’s nice to see the under-rated Steve Yeowell’s art.

Mike W. Barr and Alan Davis (sample art left) run through Batman’s defining moments nicely, with Barr adding to the legend of the pre-costumed Bruce Wayne as Batman discusses his past during a moment of crisis. The final story is unlike any other in the book, Devin Grayson and Roger Robinson focusing on 24 hours in the life of Bruce Wayne/Batman. We start with how Bruce spends his money during daylight, before moving to Batman at night, one page per vignette constructing the complete day very tidily.

So what’s the best in the book? It was rather unheralded in 1973, and has tended to be ignored in favour of Steve Englehart’s later Batman work (see Strange Apparitions), but Englehart only scripted this taut gem co-plotted by artist Sal Amendola (sample art right) with his brother Vin. It defines Batman as a spirit of vengeance in a story told entirely from the viewpoint of the crooks. Batman doesn’t have a line of dialogue, and a clever aspect is we know what’s set him off, but the crooks remain ignorant (in more ways than one). By today’s standards it’s a little too wordy, but the original intention survives well. It so inspired Darwyn Cooke that he produced his own remake (see Solo or Graphic Ink)

Editor Anton Kawasaki should be credited for avoiding obvious choices, and apart from being seduced by the names of Miller and Millar, producing an odd selection of Batman stories, but one still including enough quality, covering Batman’s assorted incarnations and moods. A second selection followed in 2007. 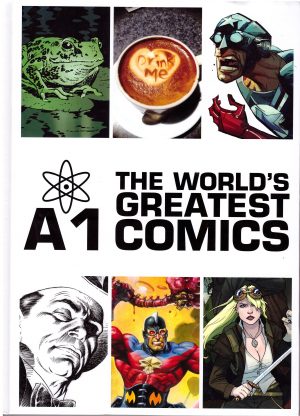