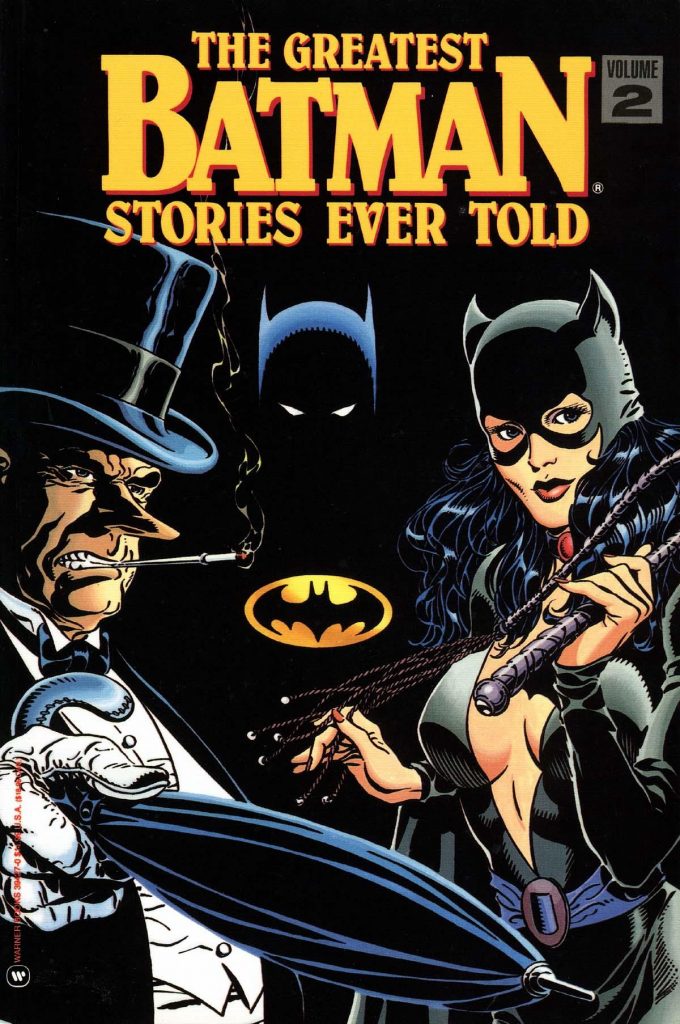 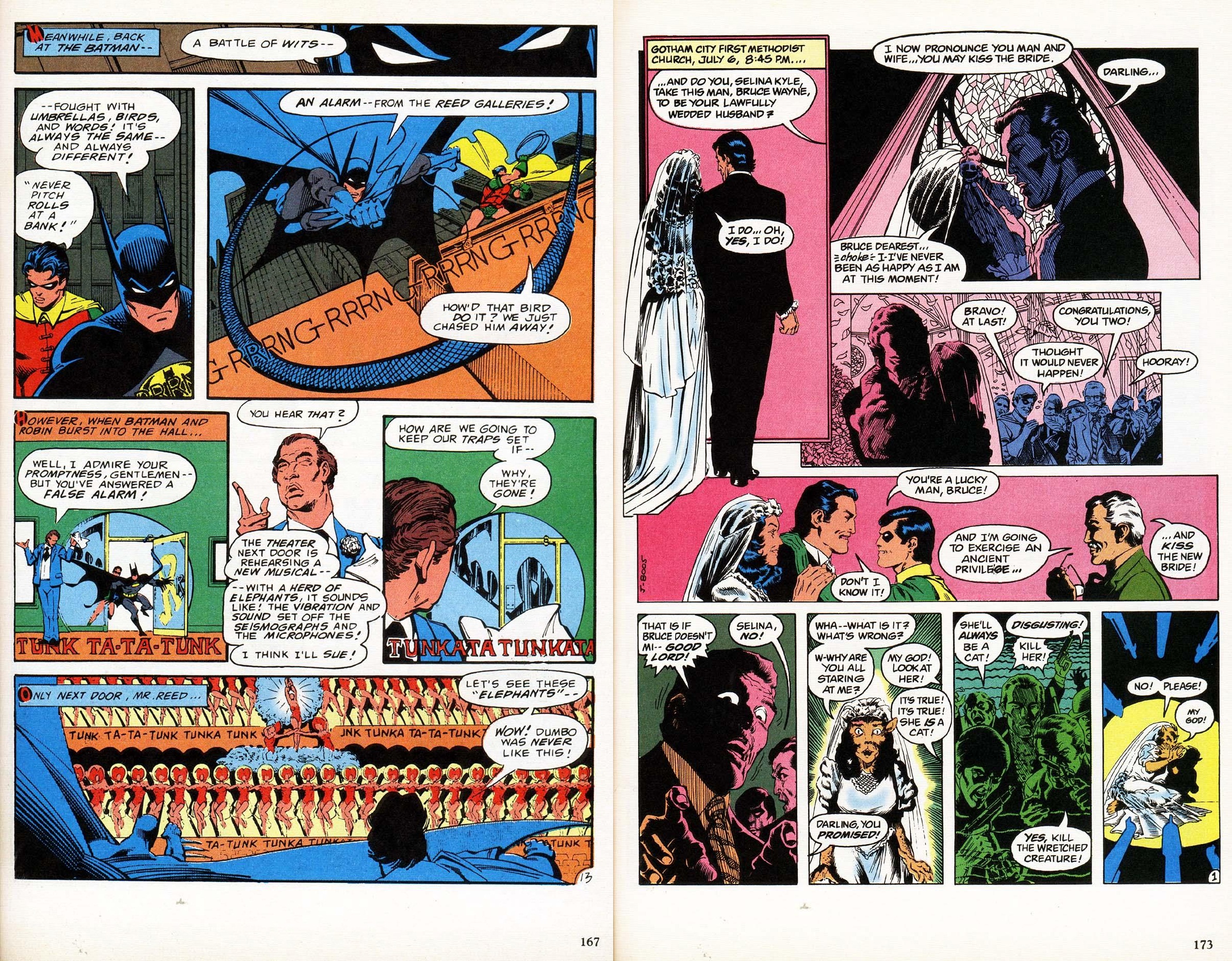 In 1988 one of DC’s first graphic novel anthologies was The Greatest Batman Stories Ever Told, a meticulously curated collection covering the first fifty years of Batman. This follow-up appeared four years later, and posed an immediate selection problem. If all the best stories were used in the first anthology, and with the Joker receiving his own collection, what was left? Rightly or wrongly, DC opted to restrict this selection to stories featuring Catwoman and the Penguin. Perhaps DC had taken polls indicating fans are incredibly fond of the Penguin, but do you actually know anyone thrilled at cracking open a Penguin story? His present day incarnation as gangster and behind the scenes powerbroker hardly sets the pulse racing, so what does that say for his old incarnation obsessed with bird related crimes and gimmick umbrellas?

Martin Pasko’s introduction informs us that the Penguin arrived fully formed, while Catwoman gradually evolved from a jewel thief in a slinky green dress introduced in Bob Kane’s 1940 opening story to the more ambiguous creation that sees out the collection. Because it was the theme of the era, their earliest appearances here are mysteries, Batman and Robin kept on their toes by Bill Finger’s crime plots with an unmasking or a revelation on the final page. The 1950s were thin years for both characters, and the 1960s not much better as they were revived along the lines of their Adam West Batman TV show personalities.

It’s not until 1978 and over halfway through the book that we have a story that passes muster. Steve Englehart and Marshall Rogers (sample art left) knowingly echo the 1940s, but with a greater sense of style about the pages and an unpredictable plot. It’s better read as part of their complete story in Strange Apparitions. Bruce Jones and Trevor Von Eeden’s Catwoman solo (sample art right) also knowingly references the style of the 1940s, but for every clever piece of plotting there’s some arch throwback to earlier days not ironically intended, which is a shame, as the good bits impress.

Taken as an isolated story Gerry Conway and Don Newton’s Catwoman tale suffers from too many pages devoted to the ongoing soap opera plots of 1983, although the central premise of a murderous spurned love works well. Another contender for the best of the collection is Max Allen Collins and Norm Breyfogle’s piece, which is a believable treatment of a comedy Penguin finding true love. Batman believes otherwise, strongly suspecting a scam, but is he wrong? There’s some nice Klaus Janson art on the final story, but without his mood setting Joey Cavalieri’s plot would read like a 1960s tale.

When the accompanying contextualising essays by Pasko, Mike Gold and Robert Greenberger are considerably more interesting than most of the stories they’re writing about it really says it all about the quality available. When DC revived the anthology with two volumes of Batman: The Greatest Stories Ever Told, restricting the content to two villains was never on the agenda. The absence of complete story credits is disappointing, but they have been verified since publication and a full listing is accessible at The Grand Comic Database.