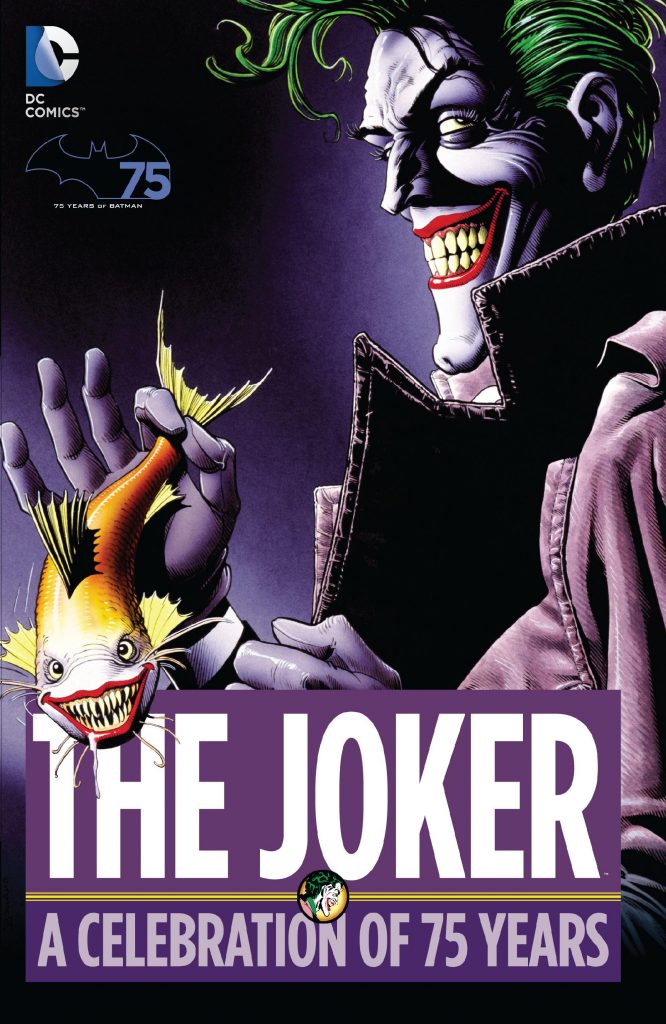 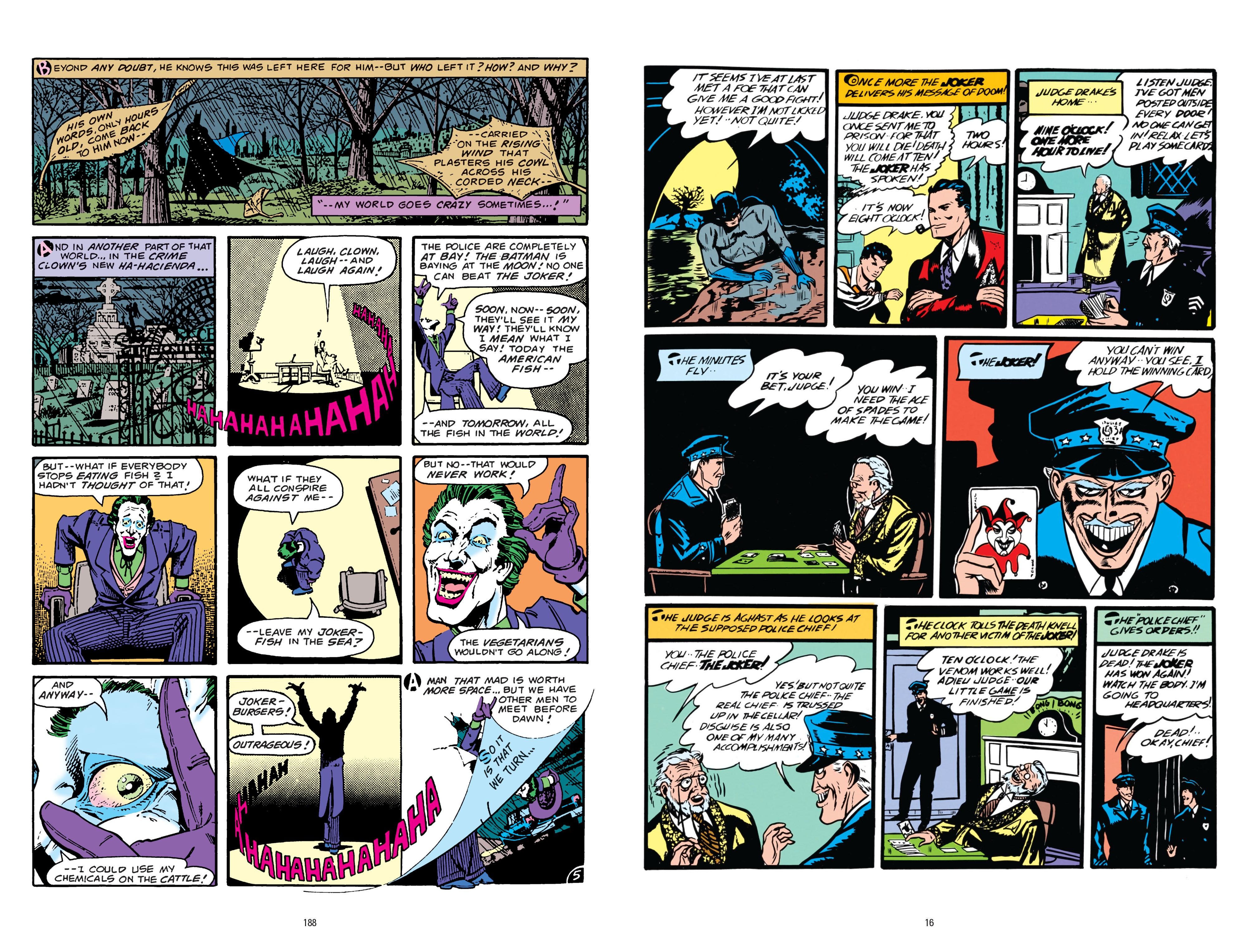 Unlike other characters dealt with in these collections celebrating 75 years, the Joker has been a significantly evolving personality. While Batman had his silly period in the 1950s, he’s largely been the same character outside that period, while the Joker has worn through several incarnations, these broadly recognised by the chronological chapter headings, beginning with the clown of the 1940s and moving toward the progressively unhinged 21st century iteration.

DC have often been shy in providing full credit to Bill Finger and Jerry Robinson when it comes to the Joker’s creation, so it’s nice to note they’re at least mentioned alongside Batman creator Bob Kane. That first appearance has been reworked several times, but allowing for the crudity of Kane’s art, the original has a dark spirit of its own, with Finger’s script introducing elements embedded into the Joker’s character, including his victims dying with a characteristic rictus grin. The other early 1940s material has more in common with the Joker of today than his appearances from the mid-1940s to the early 1970s, when he’d been diluted from a psychotic murderer to a clown with gimmick crimes. These benefit from other artists replacing Kane (despite his signature on every story), with Sheldon Moldoff, Lew Sayre Schwartz and Dick Sprang illustrating scripts based on tricks, all opening with a startling splash page of some surely impossible incident to hook the reader in.

After a period in the doldrums as DC attempted to whitewash all 1960s Batman TV show related content, it was Denny O’Neil and Neal Adams who began the transition to the modern Joker, and both their work and that of Steve Englehart and Marshall Rogers (sample spread, left) retains a power. Rogers’ pages are design led, while Adams deals more in graphic imagery, but both define the character, and the 1970s work remains among the best here. The 1980s are represented by John Byrne having the Joker take on Superman, which is fun, and the less enjoyable sadistic killing of Robin.

Both 1990s stories are notable for playing against type. There’s just the single chapter of J.M. DeMatteis and Joe Staton’s ‘Going Sane’, which retains a fascination with its reversal of the Joker’s stock in trade, and Chuck Dixon and Brian Stelfreeze work a story of a taunting Joker seemingly holding all the cards in a race against time. It cleverly plays on both Batman and the reader’s perceptions.

The 21st century material emphasises the Joker’s horrific murderous nature, and as such some of it crosses well over a line of decency into crass sensationalism. Is the Joker slicing off his own facial skin and leaving it for Batman really suitable for anything other than the darkest horror videos? DC appeared to think it appropriate for mainstream superhero comics, in a story credited to Tony Daniel, and are proud enough to reprint it here. The closer is a further puzzling selection. Scott Snyder and Greg Capullo feature the Joker, but the story is more about Batman and the drama of what he’s withheld from friends, and so possibly not best representing the Joker.

Of necessity the Batman is the focal point of many stories here, and the book also charts his progression from darkness to grinning goon and back again over the decades. Despite this, it’s an effective and fair skim through the Joker’s history, by turns amusing and chilling, with several memorable stories. Not, however, for the faint-hearted.