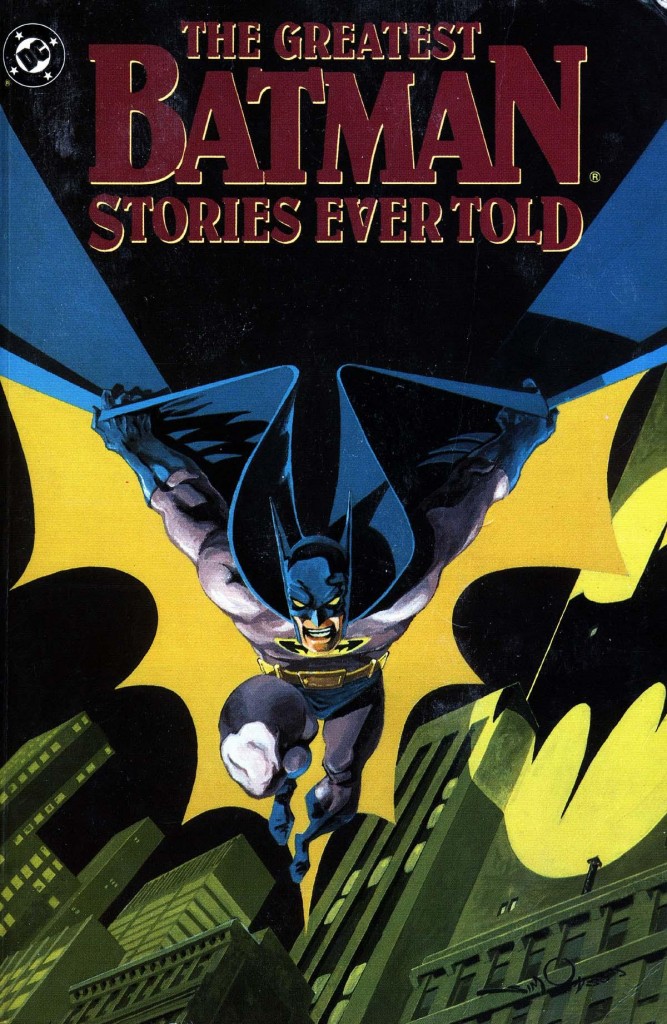 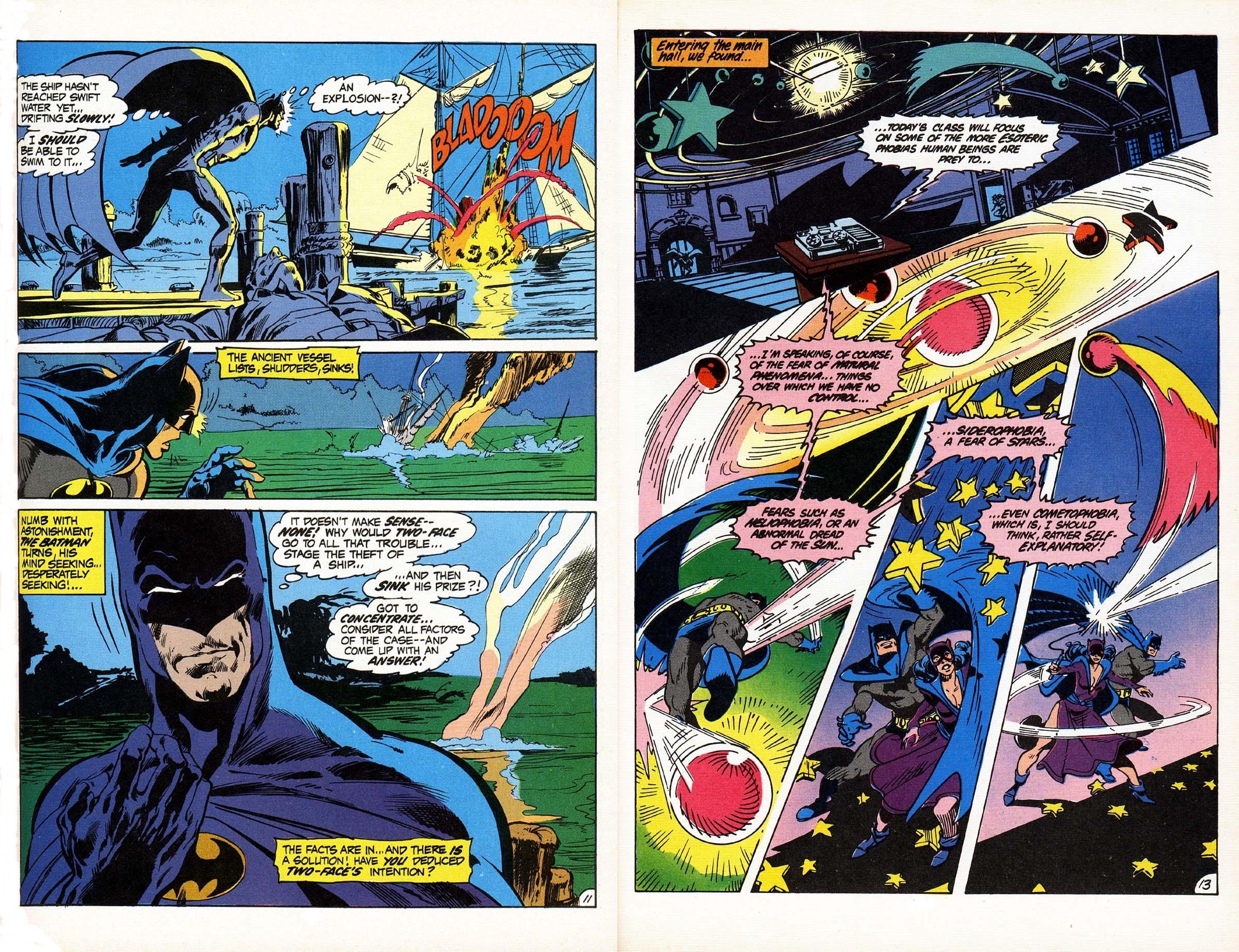 In 1988 the release of The Greatest Batman Stories Ever Told was a big deal. Graphic novels were in their infancy, and for all editor Mike Gold knew this was a once in a lifetime opportunity. The thinking behind the compilation is therefore very different from similar publications today. Gold and his assistant Robert Greenberger treated this as a legacy project in an era when the only other way of accessing much of the content was to buy often very expensive old comics. They deliberately avoided stories that had been through multiple reprintings, so no origin of Batman, and nothing within five years of the publication date was considered. There was no whitewashing of Batman’s lesser periods, no ten year gaps to avoid the likes of Catwoman as a jungle queen, or the very silly origin of the Batman and Superman team, and additionally there was the brief to include all the most notable writers and artists over Batman’s history and include his most famous villains. Between them Neal Adams, Alan Brennert, Steve Englehart and Archie Goodwin produced fewer than thirty Batman stories and Alex Toth just the one, yet all were enormously influential, so have their place.

Brennert supplies the final two stories, and there’s a TV dramatist’s pacing about them. The sentimental closer of an older Batman looking back on his life can now be more appreciated than in 1983, when Joe Staton (sample art right) ploughed a lone furrow with great cartooning, appreciated by editors but not always fans during an era in which ‘realism’ was the comic artist’s pinnacle. Much of that was due to Adams (sample art left), whose influence can’t be under-stated. He began working on Batman when the character was the first for decades to escape comics and implant in the wider public consciousness, but as the clown of the 1960s TV series. Adams was influenced by the earliest Batman material, rarely illustrating him in daylight, but added a graphic realism and in combination with Denny O’Neil established the Batman still seen in the 21st century. As a sidebar they also restored Two-Face for modern use.

The earliest material by Batman creator Bob Kane is undeniably crude, but displays the allure, with a very sparse cinematic approach. While often silly by today’s standards, there’s a craft to much of the 1940s material, and it’s possible to appreciate the tightness of the plotting, particularly from Bill Finger. Where the thrill slightly diminishes is in the Joker’s only appearance (a Greatest Joker Stories Ever Told would be published in 1989) teamed with the Penguin, which would have been a big deal in 1944, but is less so now. The critic’s faculties have to be displaced for much of the 1950s material, to which not a great logic applies, but the brief was to move Batman away from the frightening creature of the night and towards a lighter adventure format. It’s dated less well than the earlier material, but in the right frame of mind it’s fun. The 1960s is the decade most rapidly passed, with only two stories, and the best aspect being Carmine Infantino’s deliberate methods of moving Batman into a new era with larger panels, greater dynamism and a definite avoidance of the TV show tropes.

The Greatest Batman Stories Ever Told has since been superseded by other Batman anthologies, yet none of them have been as carefully crafted. The downside for today’s purchaser is that it now only covers half Batman’s career, yet does so impeccably. A sequel was released in 1992, concentrating just on stories featuring Catwoman and Penguin, and isn’t anywhere near as interesting. 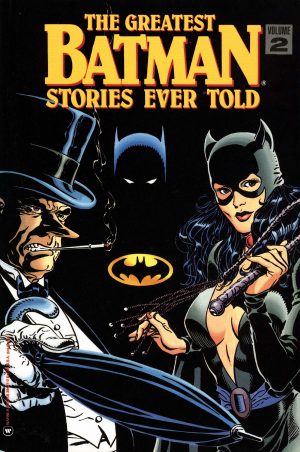