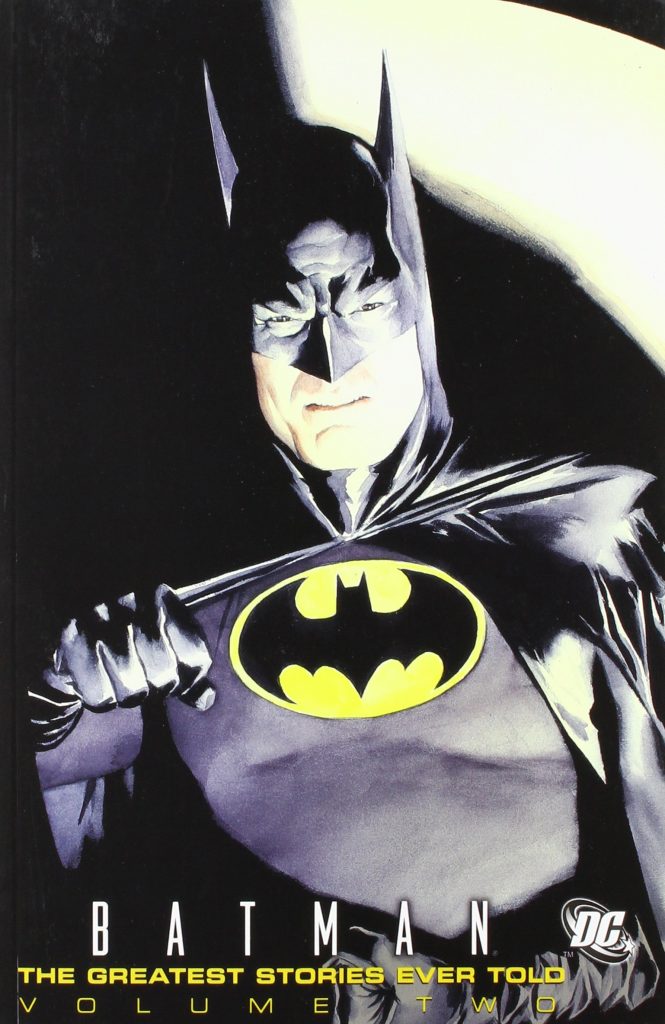 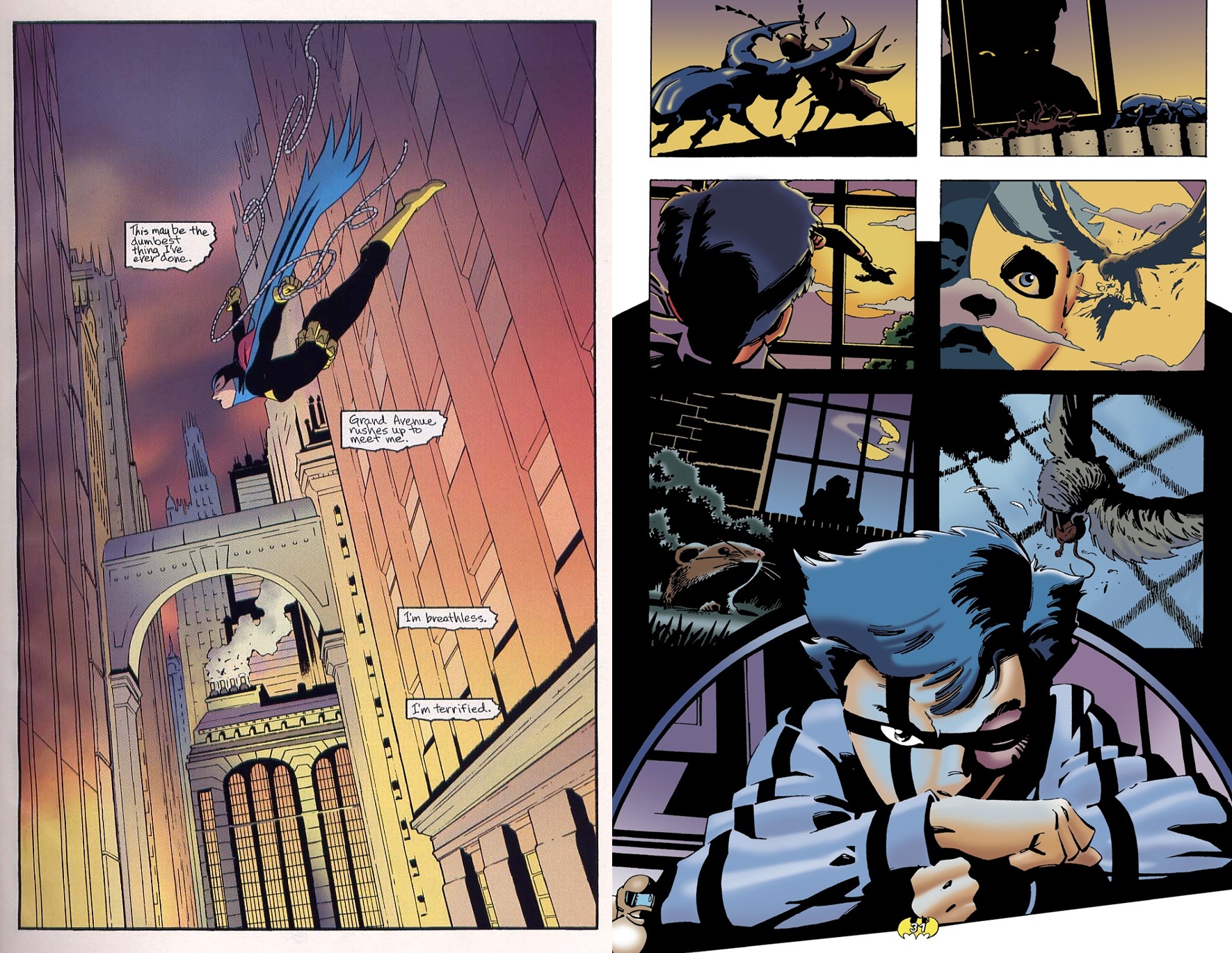 In 1988 The Greatest Batman Stories Ever Told was an event, including long essays scrutinising the selection process. By 2007 DC had cracked the general market and considered carping hardcore fans altogether irrelevant, so no such niceties are present for what is more truthfully Batman: The Second Best Stories Ever Told, following a 2005 companion collection. Yet even that doesn’t cover what comes across as a relatively random grab-bag of one story per decade from the 1940s onward, the exception being three stops in the 1980s. Little is poor, but the feeling is that issues either side of those selected would have stood in equally well, as little marks the choices as special.

The work of Batman’s creator Bob Kane is now amazingly crude, even by the standards of the 1940s, with bizarre figures and random exploding cars. The team of Bill Finger and Sheldon Modoff (1957 and 1963) are the only creators to appear more than once. Their tales of Batman and Batwoman transported to an alien world and a junior detective given the name Batman are nuts, but also tautly plotted in an era when Batman comics were for children. That had changed by the 1980s, which is the first content that can be read without a veneer of ironic distance. Gerry Conway and Don Newton’s teaming of Batman’s entire villain line-up is ambitious, prepared for Batman’s 500th appearance in Detective Comics, and extending to 36 pages, just about enough time to pack in the first real role for Jason Todd as Robin also. It’s the only inclusion that conveys as special in any way, and it’s puzzling how Newton isn’t more widely appreciated. He’s a first rate storyteller with a good sense of atmosphere and action. Much the same could be said about Jim Aparo, although his Christmas collaboration with Mike W. Barr isn’t as notable.

Almost every Batman anthology features his origin story, and here it falls to Roy Thomas and Marshall Rogers from 1986. It’s a neat encapsulation amid a re-telling of a fallible Batman’s first faltering steps, his decision as to what his life’s priority should be, and a few implants as to how some skills were learned. What Rogers lacks in anatomical knowledge is balanced by his striking design sense. Also very much in the plus column is a chapter from Batgirl Year One. Scott Beatty and Chuck Dixon’s story has an altogether more sinister background Batman while Robin mentors Batgirl, all stylishly drawn by Marcos Martin (sample art left). The minimal Batman presence, and that the story isn’t about him makes it a strange inclusion, though. The same might be said about Alan Grant and Scott McDaniel’s look at the young Bruce Wayne’s schooldays (sample art right).

A theme uniting most of the content is gimmickry. It emerges from the start in Bob Kane’s method of monster creation, and continues almost all the way through to Brian Michael Bendis’ too knowing echo of Citizen Kane at the end of Bruce Wayne’s life. ‘How Many Ways Can a Robin Die’ by Frank Robbins and Irv Novick is almost entirely contrivance, Mike W. Barr rather backs himself into a corner with his tale of Thomas Wayne possibly financing a gangster, and even Conway’s anniversary story isn’t immune. The result is an anthology lacking the variety and representational nature of 2005’s Vol. 1.