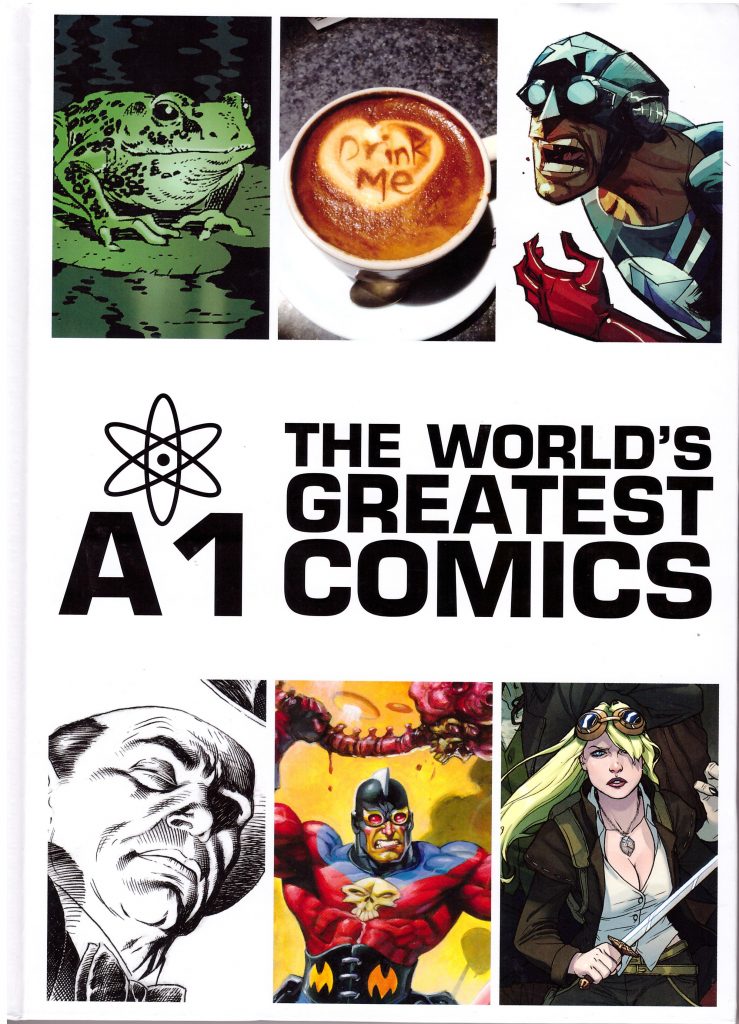 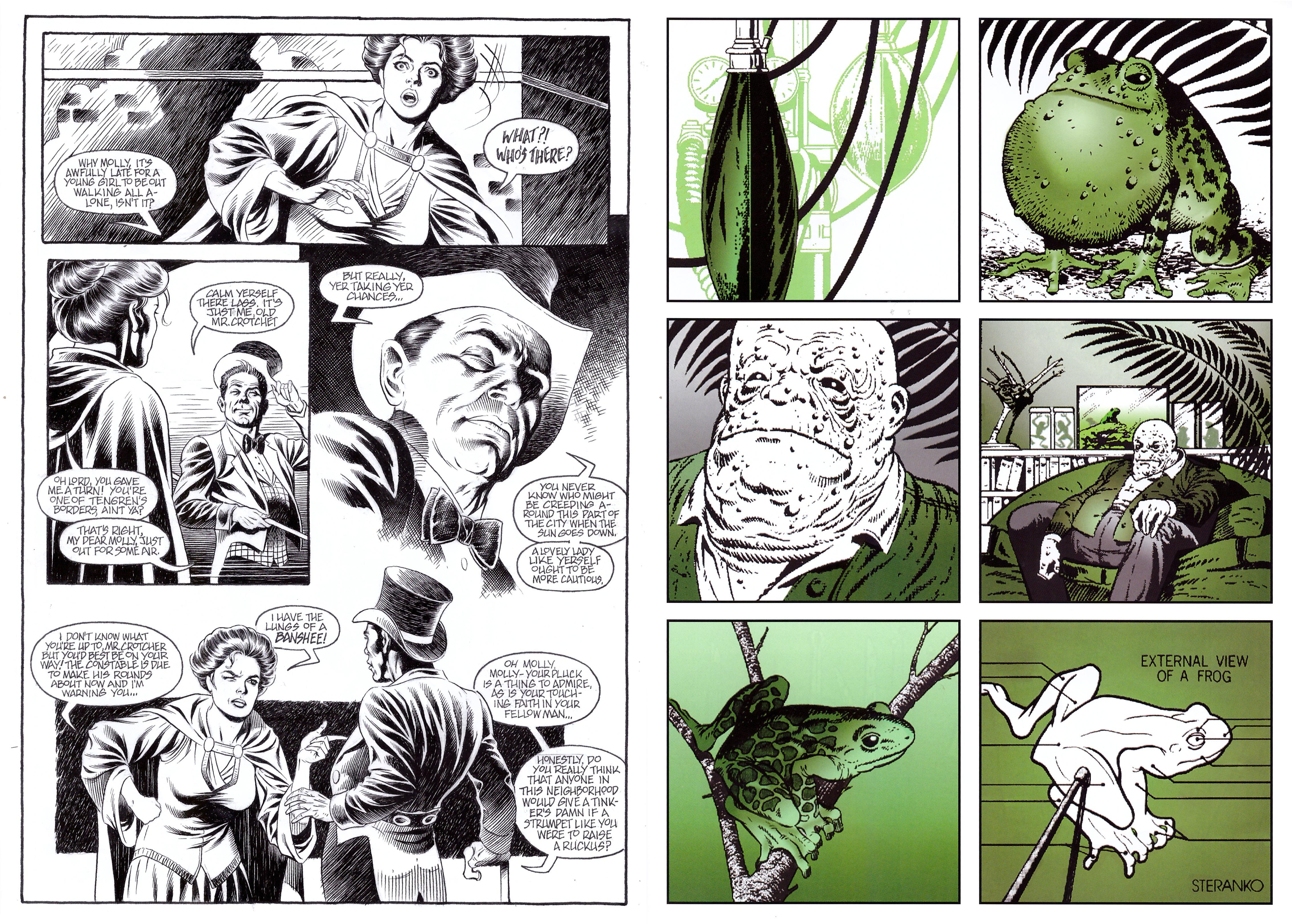 With regard to behaviour of children, criminals and the addicted, social workers prioritise not establishing unrealistic individual targets. Doing so almost always results in disappointment and long term mistrust, referred to as setting someone up to fail. Plastering a subtitle of The World’s Greatest Comics in lettering starting at a half inch high on the cover is not only frightfully immodest, it’s setting the expectation bar for this anthology very high indeed. Setting it up to fail, in fact.

The way A1 skims across style and genres is welcome, and the hardcover presentation resembling a British Christmas annual is nice. Certainly the content includes contributions from great innovative stylists such as Simon Bisley (9 pages), Alan Moore (15 pages) Bill Sienkiewicz (4 pages), and Jim Steranko (10 pages including text), and surely no-one would argue with the status of Jack Kirby (5 pages). Perhaps Scott Hampton (11 pages) and Sandy Plunkett (32 pages) are under-appreciated, but few of the named creators are working near their best, and not many of the remainder match them for talent or innovation. Kirby’s work is a sting in the tail nostalgia piece produced with Joe Simon in the 1950s, Bisley’s barbarian monsters are bashed out with barely a plot from Kevin Eastman, and while Plunkett’s illustrative pages (sample art left) are to drool over, his writing doesn’t come near to equalling it. Sienkiewicz’s piece is poetic and visually stunning, Alan Moore’s Mr Monster collaboration with Michael T. Gilbert deliberately over the top excess and fun, and Hampton’s biblical interpretation interesting. Steranko (sample art right) conveys his enthusiasm for ‘Frogs’ over two pages of small typed text explaining the thinking behind the strip, but it’s prettily drawn experimentation with technique and variable interpretation, rather than a compelling story.

Hampton’s work is a snippet from a larger piece, and so is ‘The Weirding Willows’ using out of copyright children’s book characters in the manner of Fables with those from fairy tales, and the five pages of ‘The Odd Ball’ are a prologue. Alex Sheikman’s art is stylish, but what use is an isolated prologue? James Robinson and D’Israeli’s Grendel tale dates from 1989, and while nicely written and drawn, doesn’t transmit well to anyone not familiar with Grendel. Strangely, two of the most cohesive tales are those featuring superheroes. Dom Regan’s ‘Doctor Arachnid’ is a loving pastiche combining the influences of Steve Ditko and Jack Kirby to produce a very silly, fun and visually innovative piece. Bambos Georgiou strays into R. Sikoryak territory with Batman and Superman doubles discussing their public perception.

Two illustrated articles also feature, one spotlighting the art of the barista, the other highlighting Image Duplicator. This was a 2013 campaign and exhibition organised by Dave Gibbons and Rian Hughes to accompany the Tate Modern’s Roy Lichtenstein retrospective. A dozen artists produce comments as to the ethical validity of in effect stealing coming art without credit, and their own Pop-Art homages with comment.

According to the cover this is A1: The World’s Greatest Comics, but the title page considers it A1: Volume 1 and the indicia lists it as A1 Annual, so it can be located online under various titles. Under any title, sadly, it falls well short of being the world’s greatest comics.