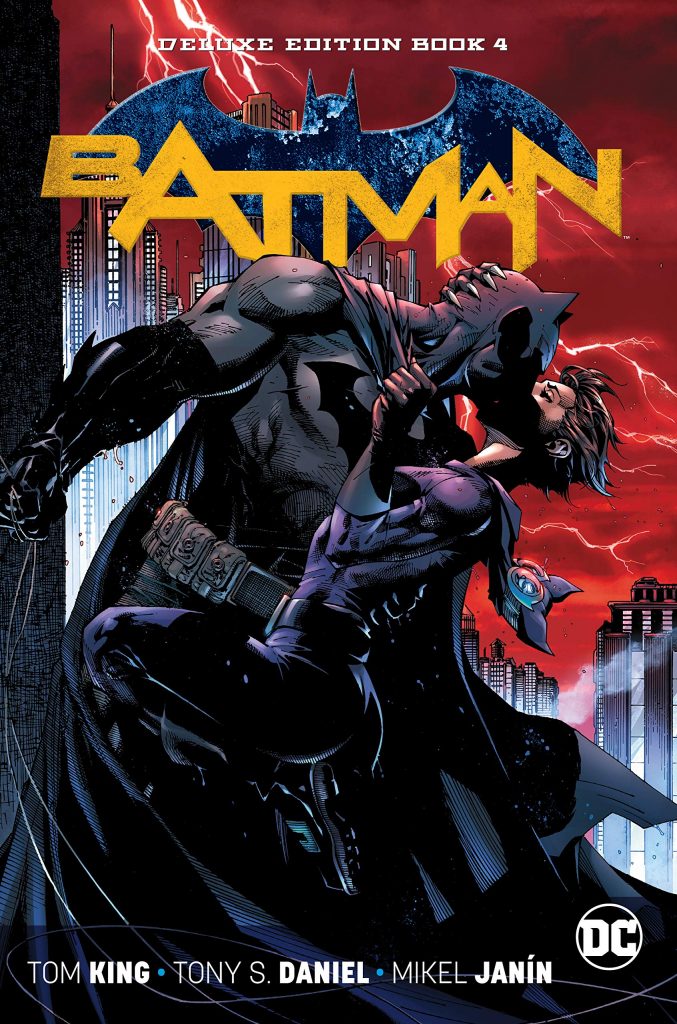 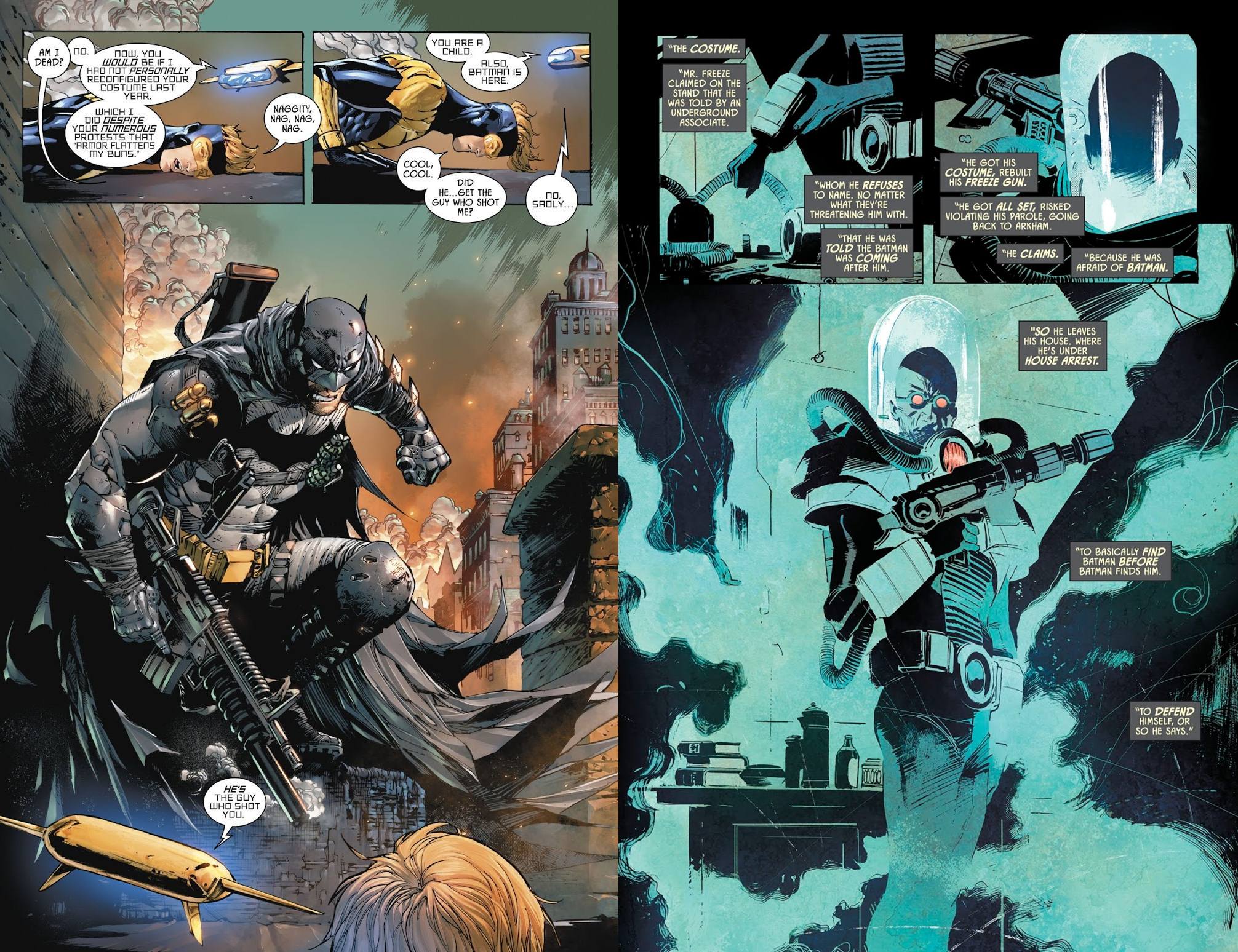 Over three previous hardcovers Tom King’s writing has deepened the relationship between Batman and Catwoman. For decades assorted writers have intimated they have feelings with greater depth than costumed vigilante and costumed criminal, and it’s been many years since Selina Kyle was straightforwardly the latter. By the end of Book 2. King had introduced the concept of marriage, preparations for which were made throughout Book 3. It’s therefore tease to begin here with a multi-chapter story in which everything has been wiped away and replaced. ‘The Gift’ is pure entertainment as time-travelling hero Booster Gold makes a mistake, and in attempting to correct it continually compounds things further.

The wedding the entire readership is expecting is then postponed for a two chapter conversation about Batman in which he doesn’t appear. It’s a clever conceit, and fundamental to King’s overall story, but despite an unsettling Joker, this lacks substance, and is in places clever seemingly just for the sake of it. The disappointment in King’s writing extends into ‘The Wedding of Batman & Catwoman’. Again, the set-up impresses, the idea of two letters presented concurrently, but again King over-thinks the construction while letting the florid overrun. Responding to criticism online at the time, King noted he’d reached the halfway point of a long story, and subsequent revelations would add weight to some seemingly flimsy logic. Few would agree they did.

Mikel Janín draws those key moments, his art as precise and evocative as it’s been throughout this run, but this is a rare volume where more pages are illustrated by Tony S. Daniel, the sheer power of his Batman imposing (sample spread left). Clay Mann is on top form with a bleak conversation, Matt Wagner far looser with another, and assorted other artists important to Batman over the years supply pin-up illustrations to accompany the two letters. The other sample art is from Lee Weeks, who supplies a great Mr Freeze, but also a neatly told courtroom drama without costumes as Bruce Wayne attempts to sway a jury.

That’s more clever writing from King. In between capturing Mr Freeze and his trial, Batman realises he’s made a mistake that must be rectified. It’s not the story to be expected after what previously occurred, but it’s a memorable way for King to make a point about his Batman being fallible. He underlines this with story featuring a foe whose time might be thought to have passed, in which the grim Batman of old is featured, Daniel’s art screaming excess and combined with Mark Buckingham illustrating a bleakly absurd Russian folk tale.

These stories are available in paperback as The Wedding and Cold Days, and it’s the latter where King is at his best, presenting a simpler style of story, but ones where it’s not necessary to agree with his sometimes off-kilter sense of how people behave. Bear that in mind to sustain you through Book 5.