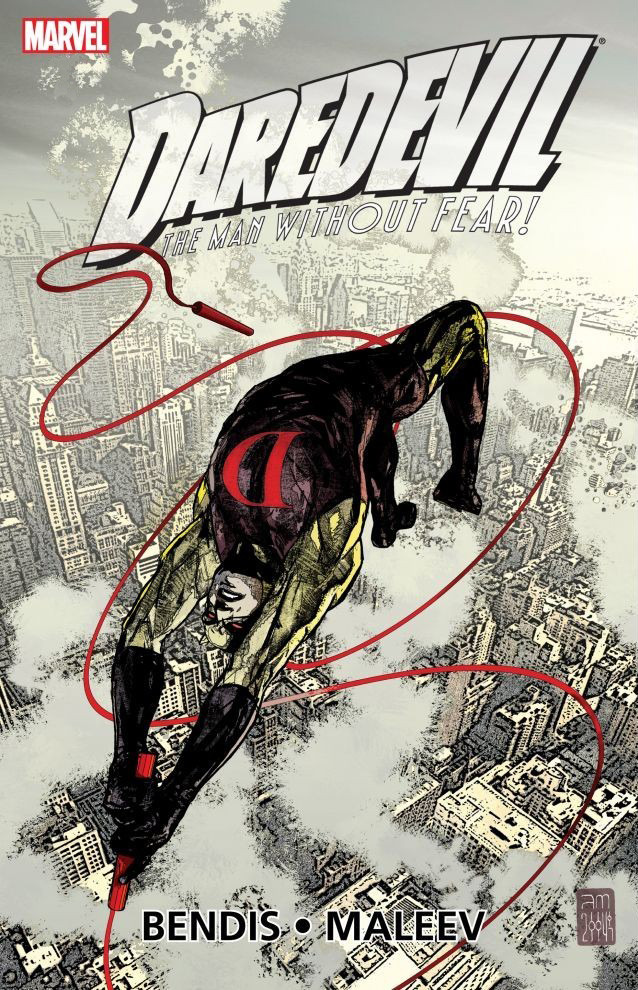 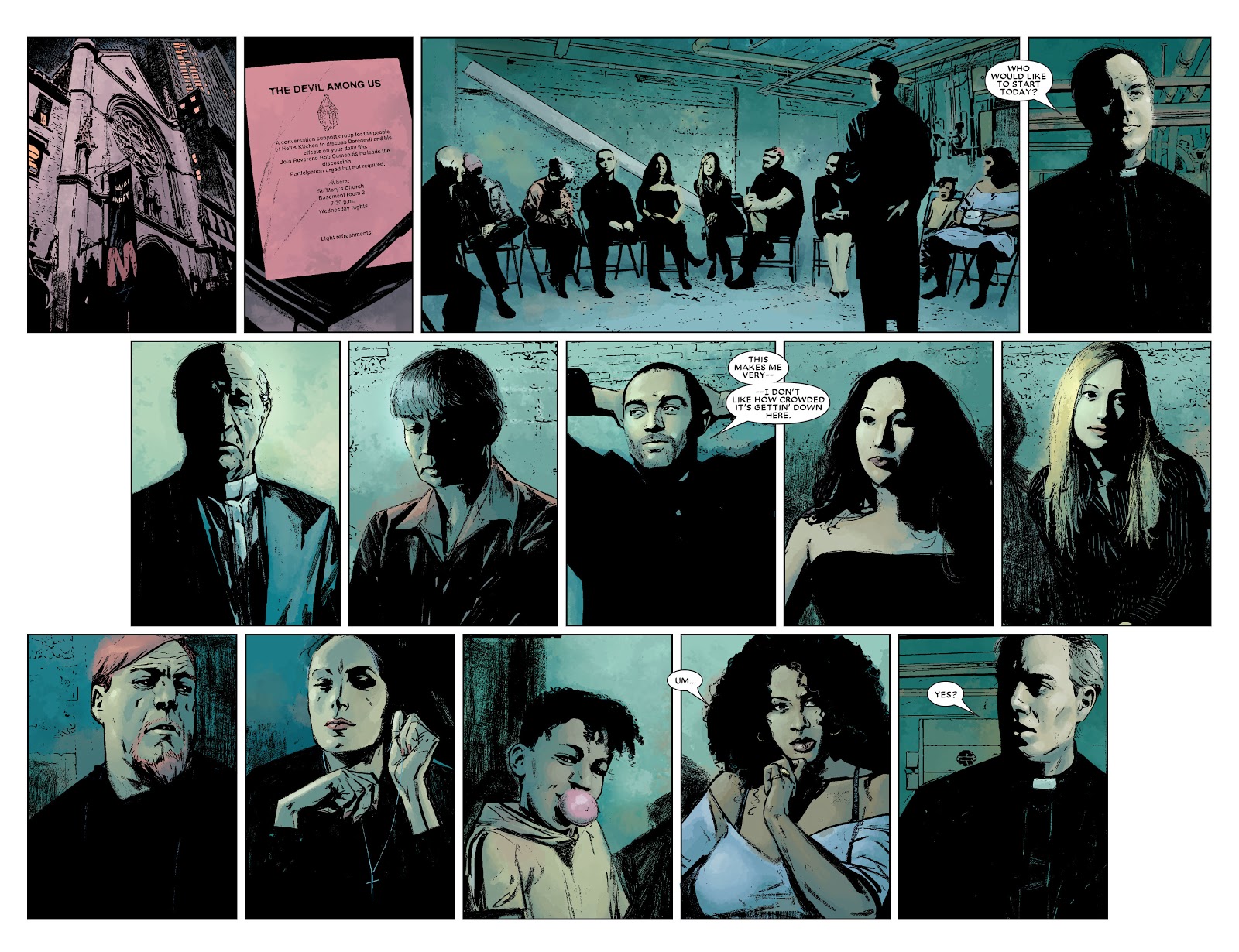 To this point in the run of Daredevil material in these collections Alex Maleev has maintained a very workable gritty urban style for the dialogue heavy crime dramas. It’s possible to quibble about his tendency to copy and past images throughout, but the atmosphere is duly provided. In this volume his artistic world explodes in several directions.

This is in part due to Brian Michael Bendis supplying more action-oriented narratives. There is still a static posed quality to Maleev’s superhero combat, but the choreography works overall. One sequence involves both Daredevil’s past and that of a gangster whose career began in the 1940s. Not having to accommodate as much dialogue enables Maleev to supply larger panels, but he further stylises his method by detailing scenes set in the 1960s as if reprinted from comics of the era, complete with four colour dotting and Daredevil resplendent in his yellow and red costume. If this, and the decision to leave the 1940s scenes in monochrome, should be credited to colourist Dave Stewart, kudos to him.

Stewart is certainly responsible for the colour effects in the Decalogue sequence, the most viscerally disturbing Bendis has written for the title. It begins with a support group convened to discuss how Daredevil and/or Matt Murdock has impacted on their lives, and moves somewhere horrible. It’s an experimental tale, with the pertinent action elements all related via anecdote or recollection. As such it’s 12 Angry Men in a support group, but while that would work with the motion of theatre or film, it’s very dry on the comics page. The rapid switch into horror territory doesn’t quite work either. It’s as if halves of two stories were fused by a brief transition.

The influence of naturalistic dialogue from better film and TV dramas had always been obvious in Bendis’ work, but the final sequence highlights how he’d broadened his repertoire to incorporate the pacing as well. Daredevil’s civilian identity was cast into the public domain early in the run, and it’s in the concluding chapters that the chickens come home to roost as he’s enclosed on all sides by those determined to bring him to book.

Among them is the Kingpin, well portrayed by Bendis whenever he’s used, but superlatively utilised in the closing sequence. While there are plot flaws associated with his participation, such is the power, deviousness and plain menace of his presence that he almost steals the show from the title character.

The series continues to surprise to the end, and certainly has no truck with the theory that any writer on a corporate title should place all the toys neatly back in the box for their successor. In Bendis’ case this was Ed Brubaker, and they apparently colluded on the final chapter to ensure a point where Brubaker wanted to pick up the ongoing plot.

There is a bonus in the form of a Daredevil from another world interacting with Spider-Man and the Punisher. It’s nice to see Bill Sienkiewicz illustrating comics again, but this is otherwise a single chapter’s plot extended over three. It also features in The Best of Spider-Man volume one.

This is quality work, and anyone with an interest in crime comics should enjoy most of what Bendis and Maleev have to offer. The material here was originally published in book form as Golden Age (from where a production error has been rectified), Decalogue and The Murdock Papers.