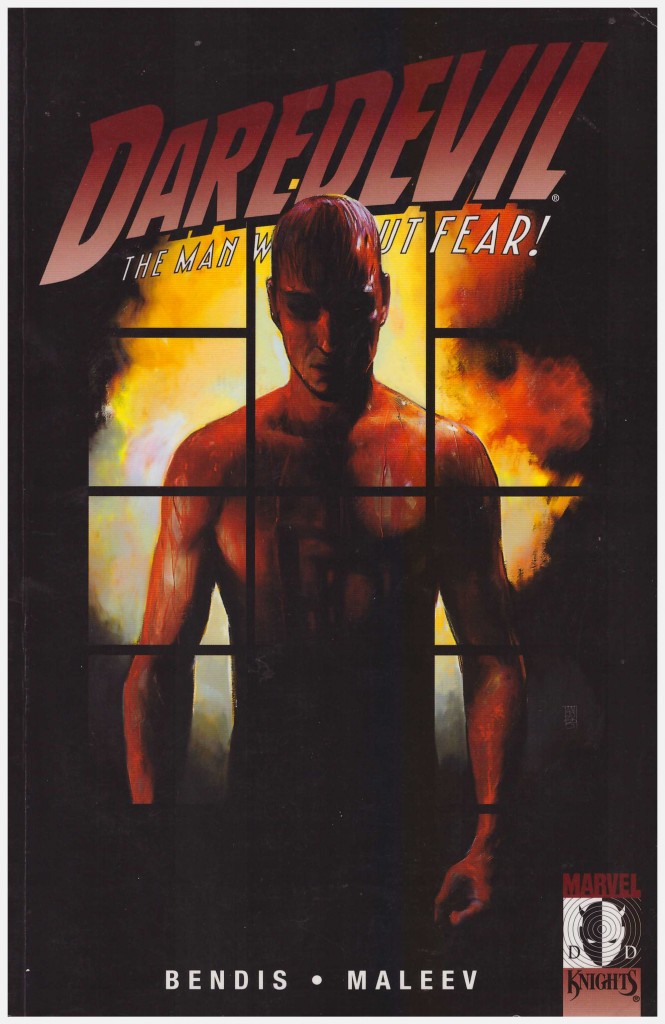 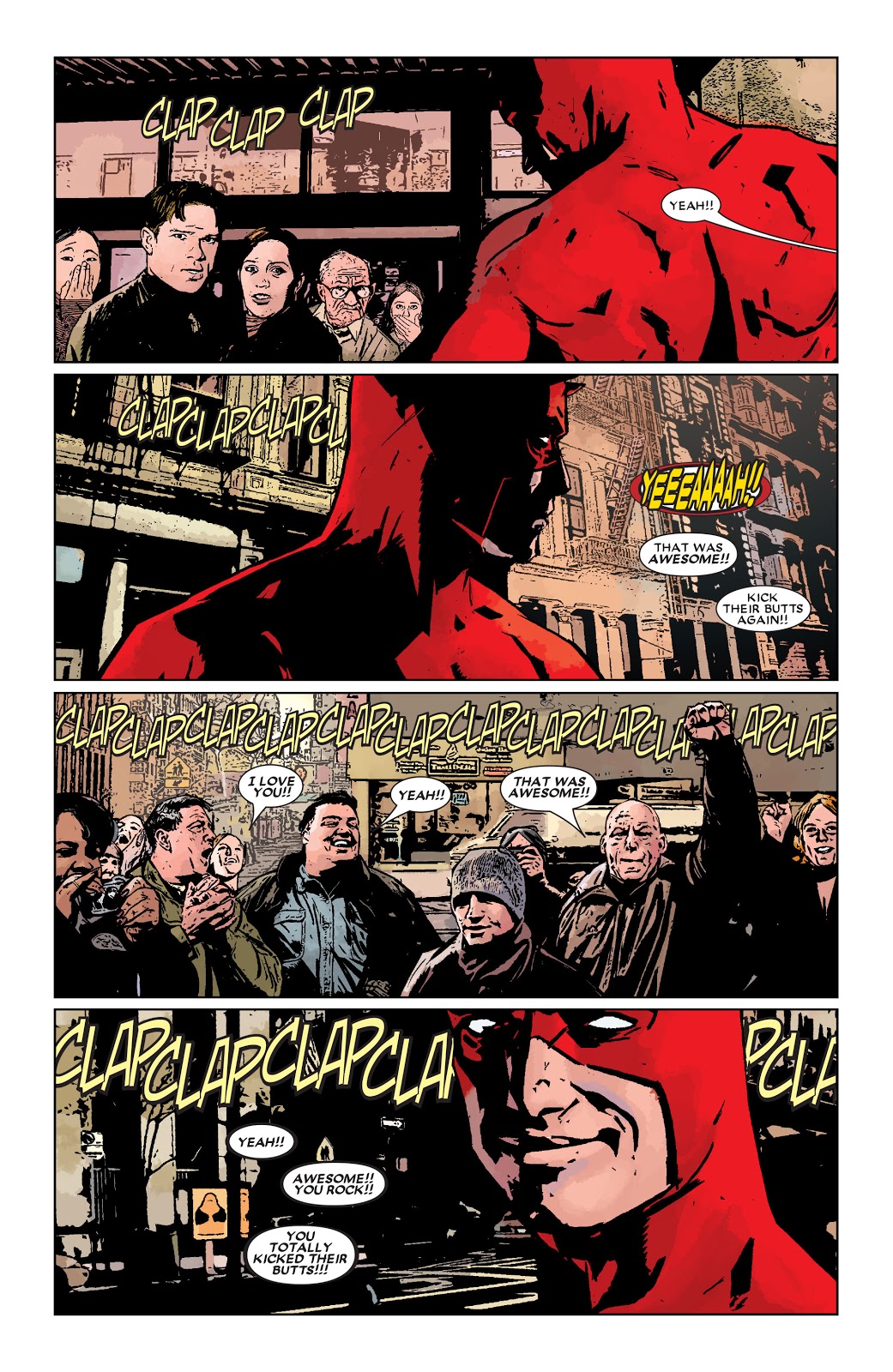 Brian Michael Bendis and Alex Maleev bring their time on Daredevil to a close with a compelling action thriller that cranks up the tension with almost every turn of the page.

Since Daredevil’s civilian identity was splashed across the newspapers in Out the topic has refused to sink, and it’s reactivated as news here when the Kingpin agrees to confirm the accuracy in return for freedom and retaining assets not yet confiscated by the government as proceeds of crime. There’s some fabulous characterisation of the Kingpin as a manipulative and deceitful bastard, and it transpires he’s not the only one.

Bendis modifies his scripting methods from his customary dialogue-heavy material, permitting artist Alex Maleev to move away from the style associated with his run, although he’s still copying and pasting images. There are far more action sequences here, due to the set-up, which is the Kingpin revealing to the FBI he possesses papers proving Matt Murdock is Daredevil, and supplying their location. It leads to a free for all due to the assorted parties interested in claiming the papers.

This is a plot flaw, as the confirmation of proof should be enough for those allegedly wanting the papers. Only law enforcement agencies would require the proof itself, and there’s a secondary logic flaw following from this remaining unchallenged. It leads, though to Bendis’ fine homage to a sequence from Frank Miller’s Daredevil run, which he acknowledges as a great influence.

An un-named FBI director has played a part throughout the series, and here moves into the foreground. There’s an effective scene when Agent Del Toro, argues against prioritising a case against Daredevil in preference to keeping the Kingpin locked up. The response is excoriating: “He puts on a costume and involves himself where he’s not needed, and intricate, expensive plans are shot to hell. He obstructed justice. Our justice. My justice. And the only thing stopping us from stopping him is proof – hard proof – that he is the man behind the mask.” It continues, but the power is there in laying out how official enforcers of the law might view vigilantes.

Guest stars proliferate, and the tension is maintained until an unpredictable ending, as Murdock’s twin methods of upholding the law lead to assault from all sides.

Bendis and Maleev began the series as a relatively unknown creators and left having produced one of the finest runs Daredevil has seen, accumulating Eisner awards along the way. This isn’t their finest collaboration, which is King of Hell’s Kitchen, but it runs it close.

It’s collected along with Golden Age and Decalogue in the third hefty volume of Daredevil by Brain Michael Bendis and Alex Maleev Ultimate Collection.