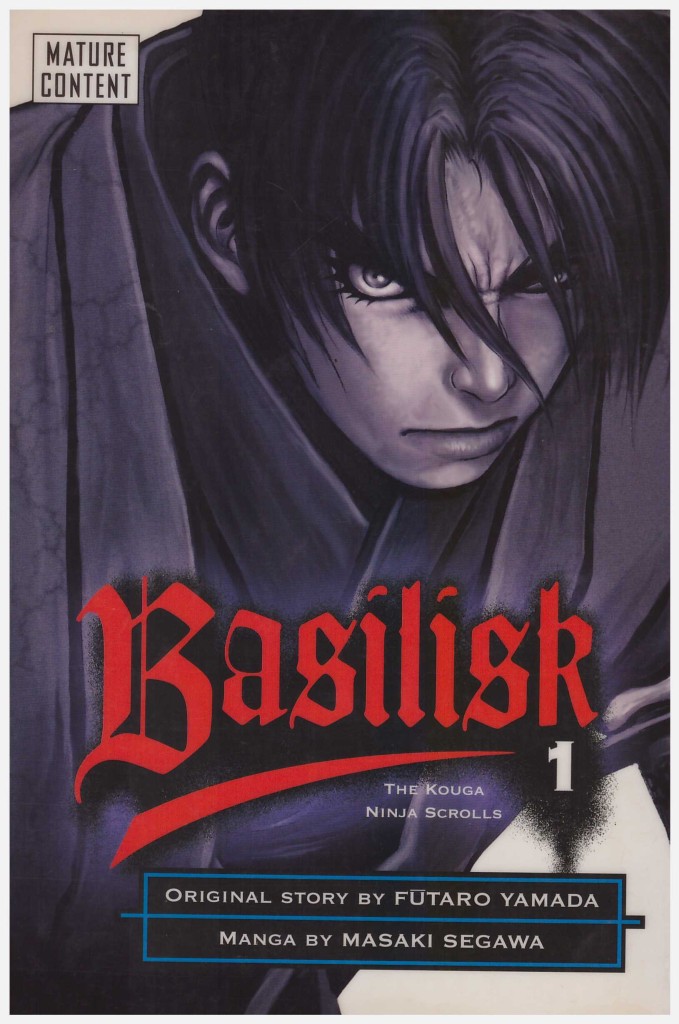 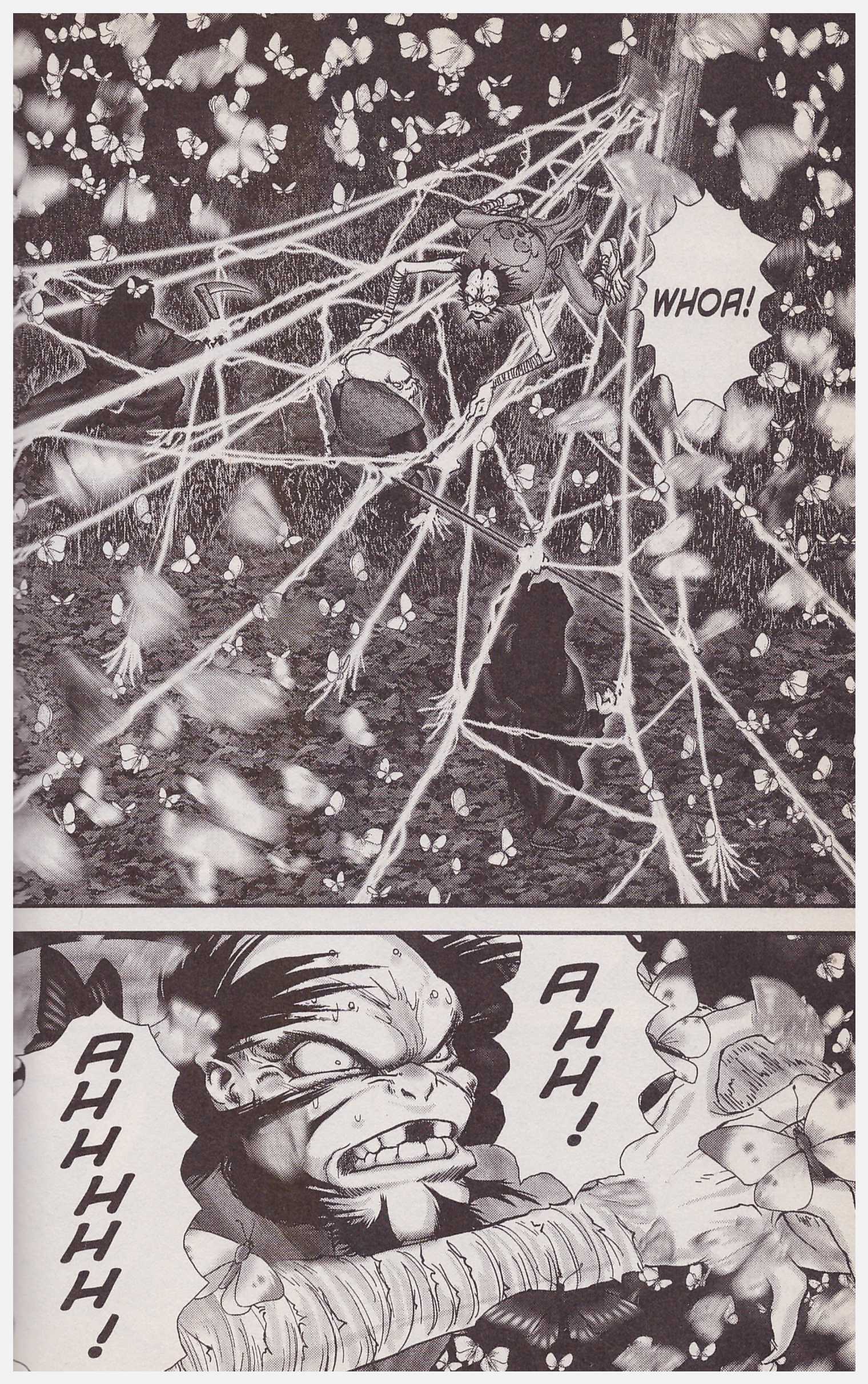 Over what’s for Manga standards a positively curt five volumes, Basilisk is a sweeping, dynastic historical saga set in the isolated Japan of the 1600s. The era is common territory for Japanese graphic novels – Blade of the Immortal and Lone Wolf and Cub are the standouts – but Masaki Segawa adapts his work from a novel, Futaro Yamada’s The Kouga Ninja Scrolls.

The opening chapter sets the scene. The Iga and the Kouga clans have been at war for hundreds of years, complicated by disagreements and schisms within those clans. In order to prevent perpetual internecine bloodshed, a decision is reached that scraps a previous truce. Each clan will set ten ninjas against the chosen representatives of the other, and the ultimately victorious side will rule the territory unchallenged for the next thousand years. This would be all well and good were it not for the complication of a Romeo and Juliet style relationship.

Having set the scene via a seemingly restrained sealing of the agreement, the plot veers into an extremely surprising sequence emphasising the Japanese concept of honour and loyalty, and the human price this costs. Subsequent chapters are all titled ‘Kill Number X’ as they count down the fatalities.

For all the trappings, there’s not too great a removal from superheroes about Basilisk. The assorted combatants have extraordinary abilities, and while allegiance to a clan provides a more complicated motivation, the talents of several over the series will be familiar to X-Men readers. This is no bad thing, as the unpredictable use of known powers adds a spice to the proceedings, and as illustrated by Segawa there are some memorable grotesques. The Toad analogue, for instance, is deadly.

The downside to Basilisk is that the plot proceeds very slowly as the assorted battles occupy a significant percentage of the page count. After the original agreement proceedings here barely move beyond a forest for 150 pages. There’s also a strangeness about what little dialogue there is. Gennosuke Kouga addresses his bride with “We will break through the chains that have imprisoned our two clans and the bells of peace will ring throughout our two valleys”. It’s uncertain if that’s Gennosuke in character laying it on with a trowel, Yamada the writer doing the same, or a genuine poetic innocence.

By the end of this volume several names have already been scrawled off the original scroll, some going to their deaths unaware the truce is at an end. There is a tension fostered, and a curiosity as regards the outcome, but also a tendency to pull surprises from a hat. Perhaps book 2 will pick up the pace. 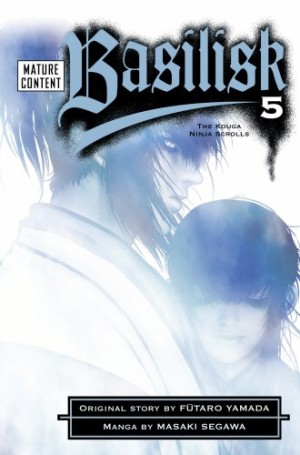