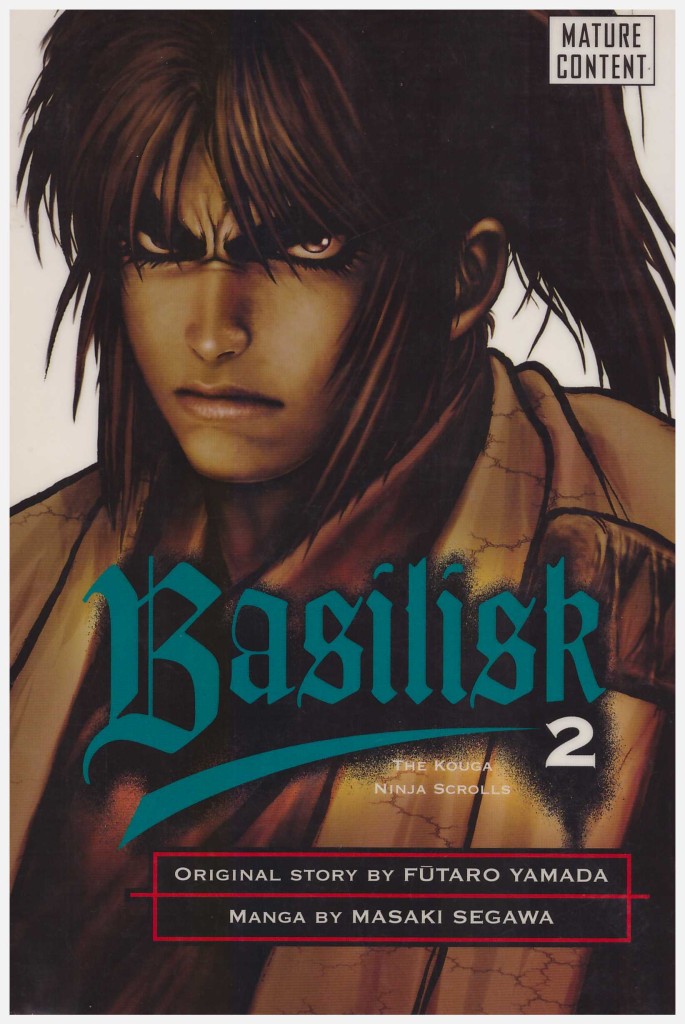 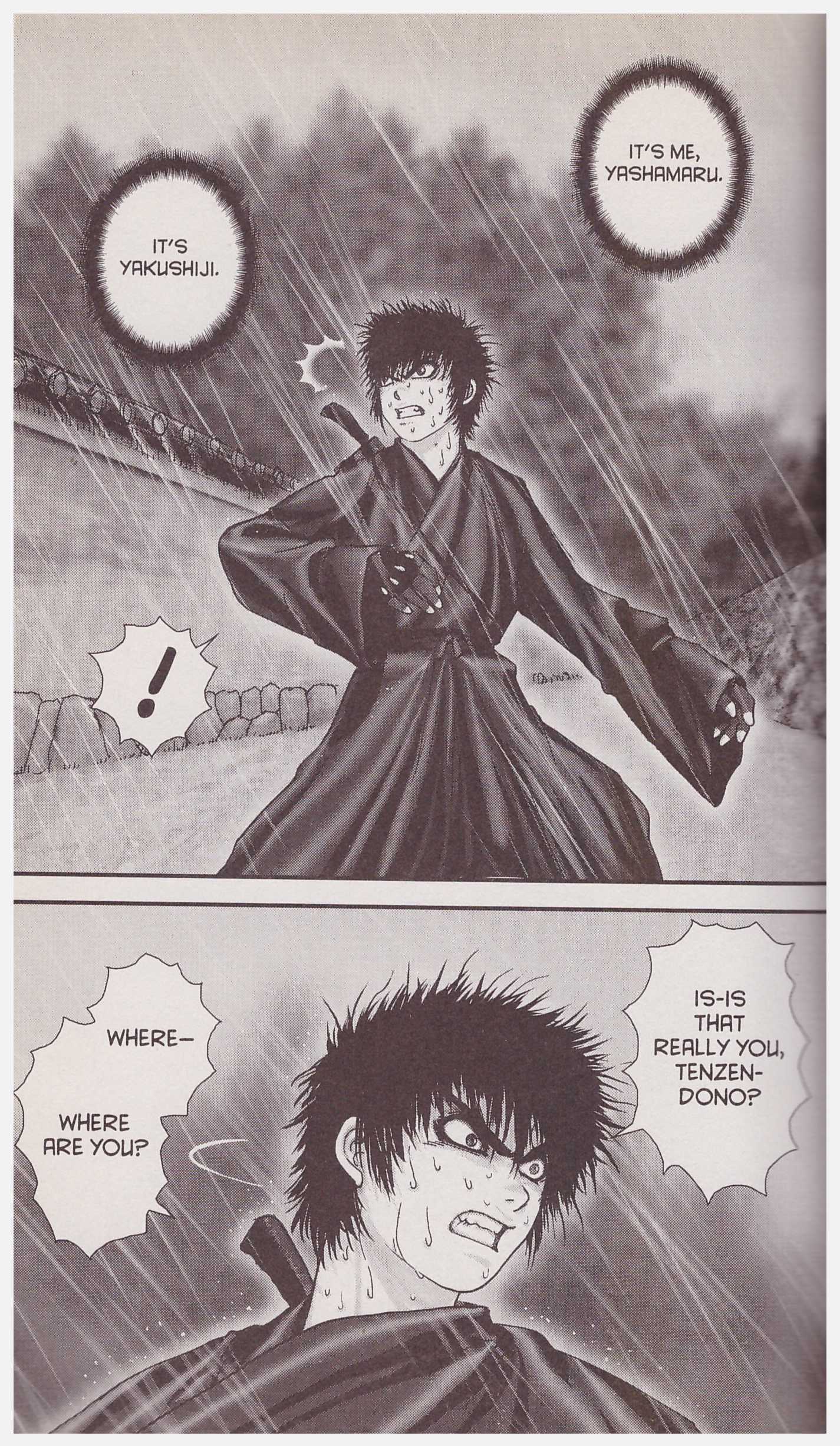 With meaning of the revised title still not clarified, Masaki Segawa’s adaptation of The Kouga Ninja Scrolls continues apace. The first volume related how a truce between two feuding clans was nullified in favour of an agreement that would settle their differences once and for all. The Iga and Kouga clans each select ten ninja warriors to battle each other to the death, with the survivors of the side that kills all the others ensuring that clan holds supremacy for a thousand years.

As we saw in the opening volume, the Iga clan have an awareness of this new arrangement, enabling them to take advantage, while their leading warriors simultaneously keep the details concealed from Oboro, the daughter of their leader. Matters are complicated by her being in love with Gennosuke of the Kouga clan, and that takes centre stage, with the dramatic knife being thoroughly twisted.

Futaro Yamada’s fantastic imagination continues to create astonishing superheroes in the guise of 16th century ninjas, and inventive methods of using their abilities, but there’s a disturbing subtext. Segawa illustrates almost all the men in gruesome fashion, but every woman in the series is alluring and at some point featured almost naked, with a couple being raped. For a 21st century adaptation it’s woefully behind the times when it comes to unenlightened sexual objectification of women. Yes, we understand these are not nice guys, but is there really any need for lines such as “Shall I start by tearing off your ear? Or perhaps your right arm followed by your left? Then maybe I’ll slice open your breasts, huh?”

As previously, the plot advances extremely slowly for what’s a two hundred page book, while anyone who’s studied the names on the scroll will have worked out which will survive until the final knockings. By the conclusion the truce between the clans being superseded is no longer secret, and parity between them has almost been restored with just under half the original named warriors now crossed off the list. There’s also been quite the shocking sacrifice. It sets up book 3 nicely.