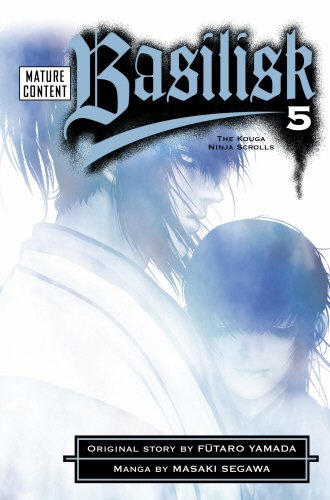 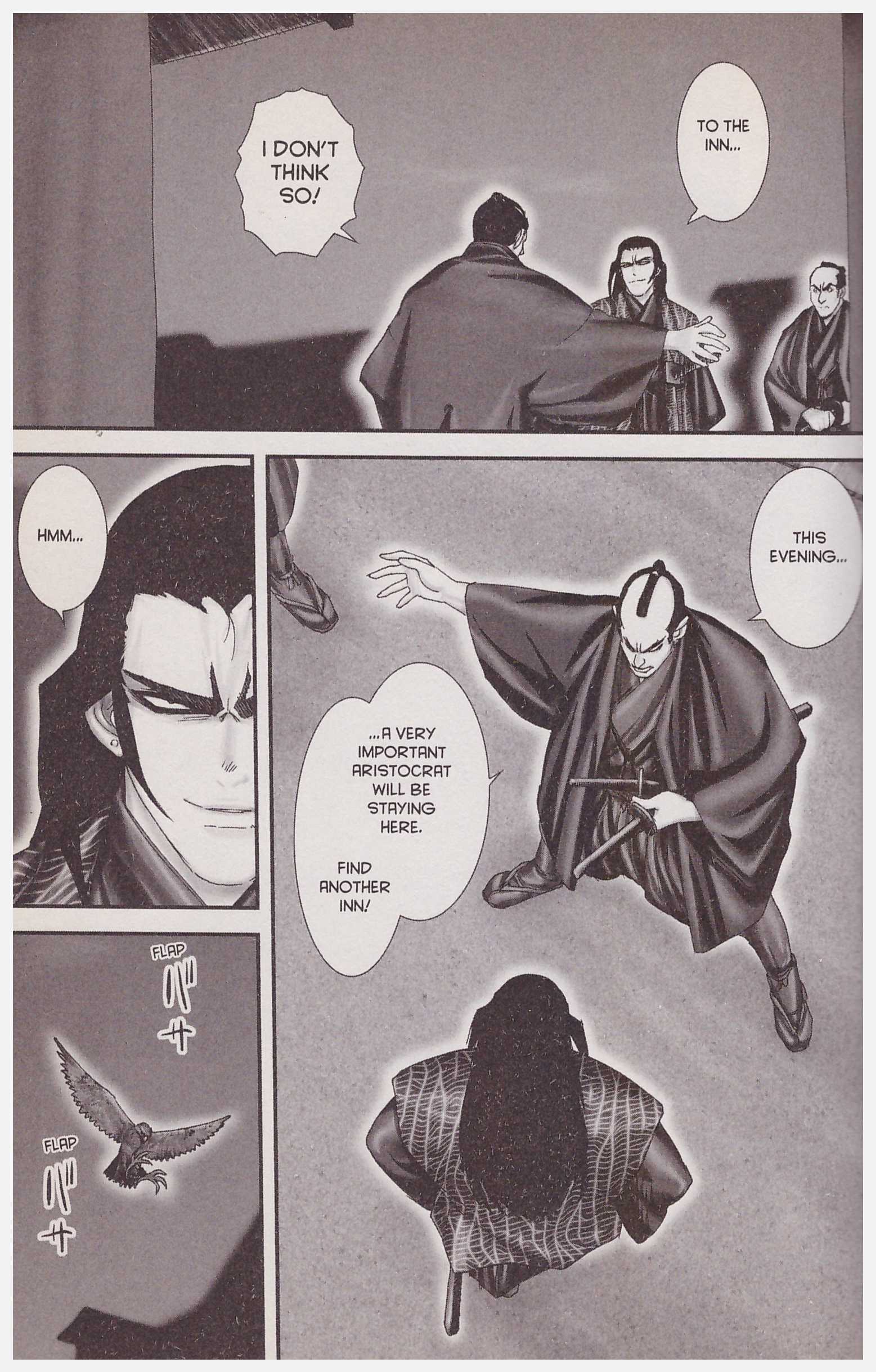 We’ve now reached the final stages of Masaki Segawa’s adaptation of the 17th century ninja saga The Kouga Ninja Scrolls, which set ten ninjas with special abilities from each of two clans against each other. Only six survive in total, although one is believed dead. Matters have been further complicated by the intervention of an extremely powerful and dangerous woman named Ofuku, and by lovers Oboro of the Iga clan and Kouga warrior Gennosuke finding themselves on opposite sides of a war. When push comes to shove, will love overcome clan loyalty?

After showing some restraint in the previous book, Segawa is back to supplying objectified half-naked women, and the sordid subject of rape as a means of subjugation once again rears its ugly head. “I told them that I raped you in Komabano. I have to prove I wasn’t lying to win their trust”, whispers a character salaciously. This the third rape of the series, which over five volumes makes for a grim statistic. Perhaps it’s historically accurate, but the manga method of decompressed storytelling prolongs matters beyond necessity, which can only be viewed as revelling in it, and that the tables are turned is due to an equally unacceptable contrivance. All sorts of appalling actions are historically accurate, but does that excuse their presentation in today’s climate? There’s a resolutely unpleasant and unacceptable misogynistic undertone to Basilisk.

Segawa’s art is otherwise very good. Most of the grotesques from earlier volumes are now dead, leaving what are to all intents and purposes ordinary people in period dress. They carry their clothes well, and have a gymnast’s athleticism about the combat scenes, although Segawa isn’t one for supplying anything but the hint of a background. It should also be noted that the few pages originally in colour in the Japanese version of Basilisk are reduced to monochrome for the English translations.

The over-riding suspense from the start of the story has been the inevitability of Oboro and Gennosuke eventually facing each other for the honour of their respective clans, and how that will play out. Based on the way the characters have been presented, most readers will guess the circumstances of the outcome, with the victorious party the secondary concern.

If there’s an element of predictability about the conclusion, as a page-turning serial Basilisk has plenty of thrill and wonder about it in providing superheroes masquerading as ninjas. The view of women from beginning to last, however, results in a half-hearted recommendation. Segawa followed up by adapting Yamada’s The Yagyu Ninja Scrolls.