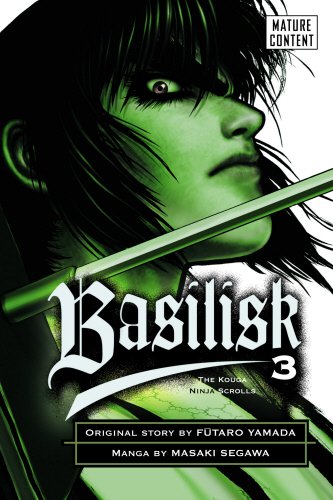 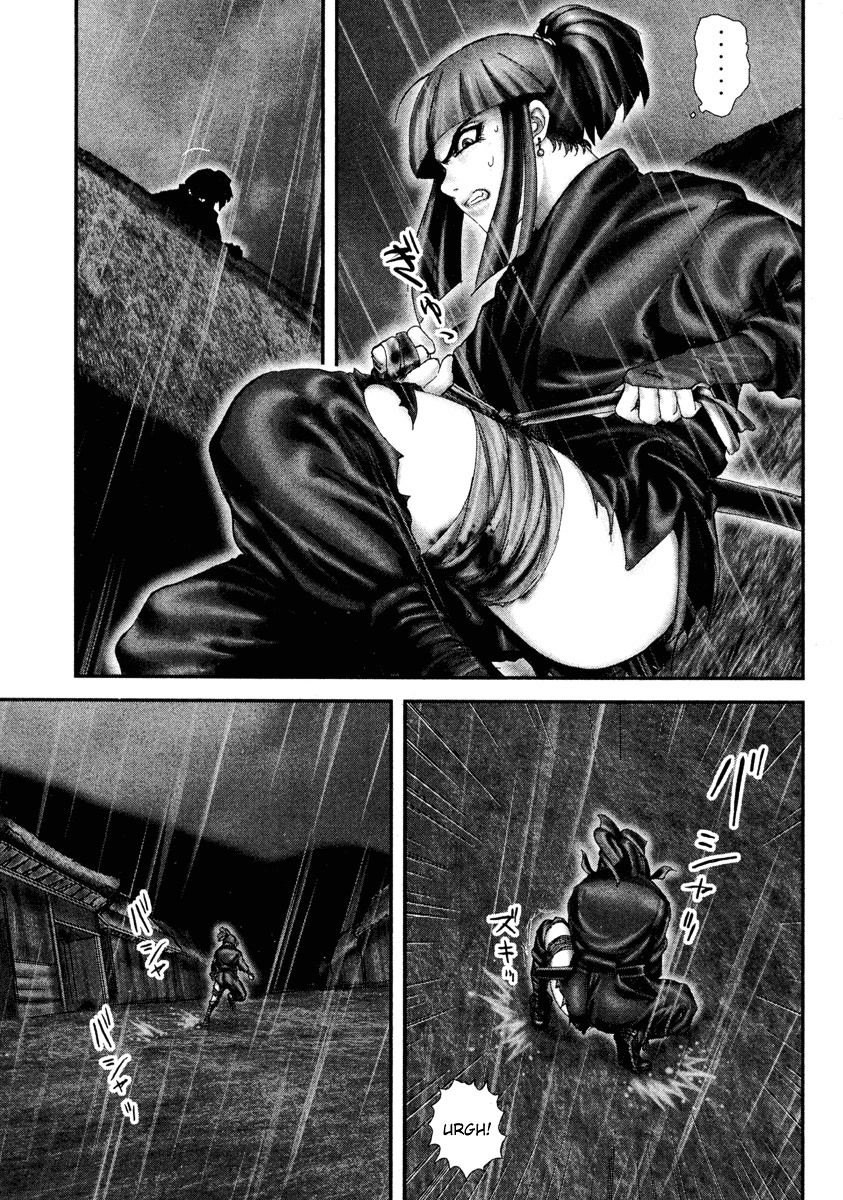 As has already been displayed in horrific fashion in the opening volume of Basilisk, affairs of the heart are subordinate to matters of clan loyalty in 17th century Japan. Torn between that and her love for Gennosuke of the Kouga clan, the heir apparent of the Iga clan has removed herself from any conflict of interest over a seven day period, also in horrific fashion.

Warriors from both clans are now aware the previous treaty between them has been annulled, and ten chosen to be set against each other. Only just over half remain among the living, and Gennosuke plans to meet the remainder of the Iga clan head on, issuing a challenge.

Masaki Segawa’s adaptation of Futaro Yamada’s novel The Kouga Ninja Scrolls continues with more deaths as sight and identity are key elements of book 3. Artistically Segawa is a master of suggestion. The majority of the story is told with the barest of backgrounds as figures and speed lines predominate. Very occasionally, though, in the case of a ninja with a butterfly motif, he steps away from the prevailing style to produce pages of detailed wonder and beauty. Toward the end of the book much is set around ships in harbour, and Segawa takes the time to set these scenes with some fine renditions of 17th century vessels.

As in previous volumes, there are resolutely unpleasant elements, in particular a rape scene for which the justification “I must pass down Ogen-Sama’s bloodline” hardly seems appropriate. Whereas previous gratuitous objectification has been in the manner Segawa chose to interpret Yamada’s story, this sequence presumably originates in the novel. Segawa, though still includes what’s by now obligatory and un-necessary female nudity in other scenes.

On the positive side he sets a fine tension via unravelling the plot in cat and mouse terms, but which is which is not immediately apparent. Gennosuke has generally held himself aloof from the ongoing struggle, and by the conclusion to this book that appears to have been an error. Cue book 4.