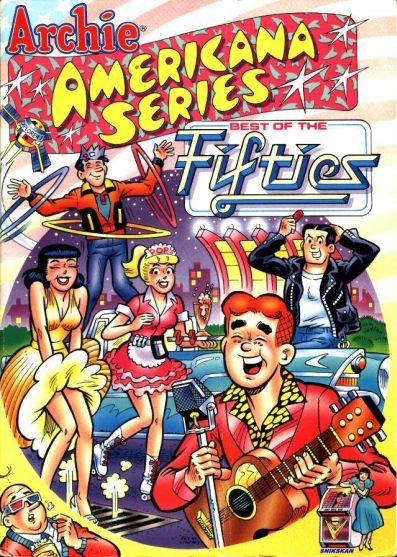 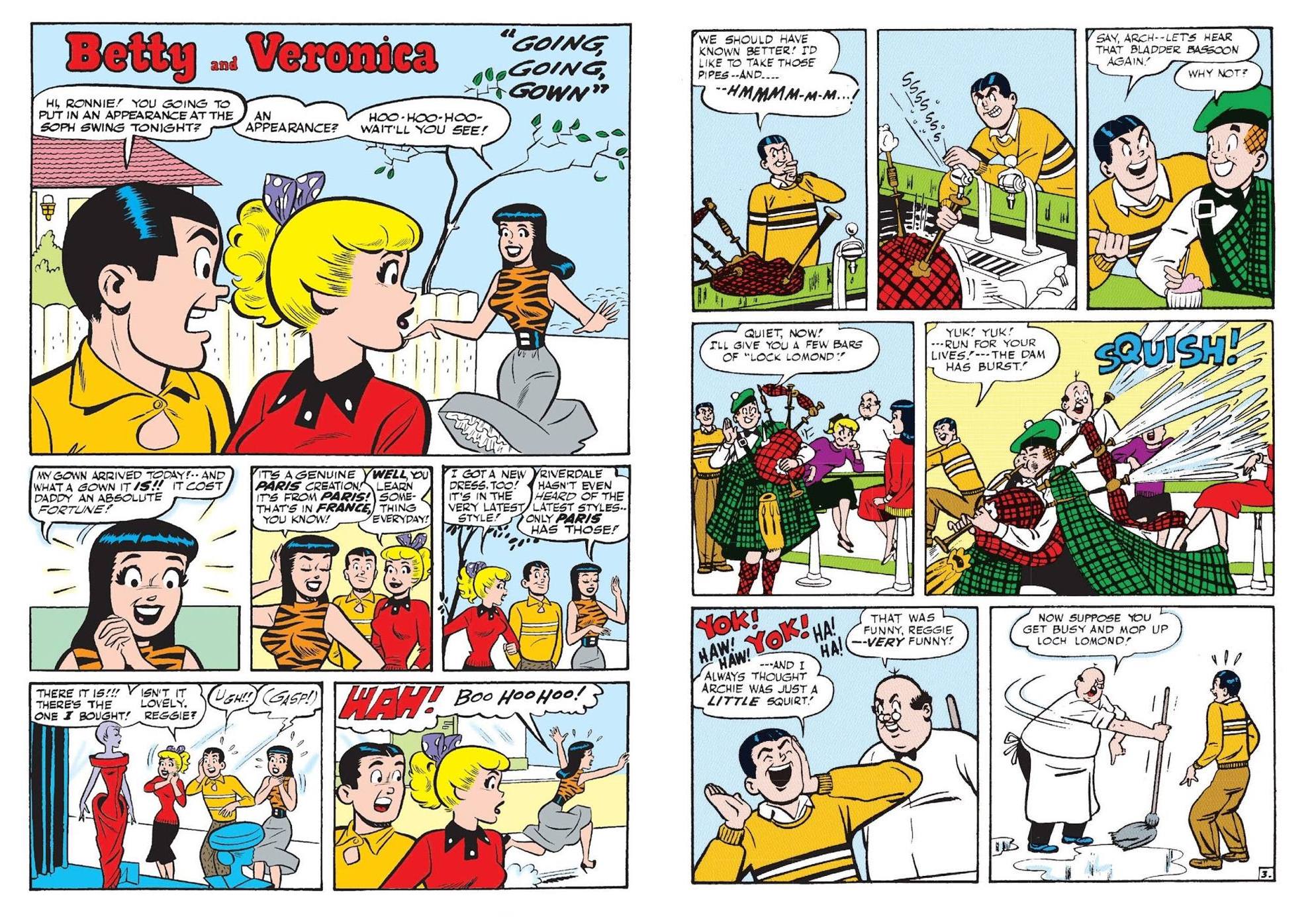 Adapting seamlessly to every trend and fad of youth culture, the creators who’ve crafted Archie comics over the decades have made the “everyteens” of Riverdale a touchstone of American childhood and a visual barometer of growing up. Archie is a gap-toothed, freckle-faced red-headed goof, a wholesome ordinary hero, the “average teen” who has ordinary adventures like the readers, but with the laughs and slapstick emphasised.

Archie is a well-meaning boy who lacks common sense. Betty is the pretty, sensible girl next door, with all that entails. She loves Archie. Veronica is rich, exotic and glamorous; she only settles for our boy if there’s nobody better around. She might actually love him though. Archie can’t decide who he wants. Archie’s unconventional best friend Jughead Jones is Mercutio to Archie’s Romeo, providing rationality and a reader’s voice, as well as being a powerful catalyst of events in his own right. The wholesome eternal triangle (+ one) has been the basis of more than seventy years of charming, raucous, gentle, frenetic, chiding and even heart-rending comedy ranging from surreal wit to frantic slapstick, as the kids and an increasing cast of friends grew into an American institution. So pervasive is the imagery that it’s a part of Americana itself. Massive 1970s hit comedy series Happy Days is the 1950s Riverdale crowd, and that’s never more apparent than in this second volume containing some of the best stories of that iconic decade.

According to many fans and purists it’s also the absolute zenith of quality material. That mythical America of Drive-Ins, Bobbysocks, Big Cars with Fins, Men in Hats and Malt-Shops was the ideal environment to perfect the strip. It blends innocence, innuendo and ingenuity (all fine teenager qualities) with raucous knockabout comedy that ranked with the best that Hollywood and the new medium of television could offer.

In this volume the kids of Riverdale deal with everything from the threat of Atomic War, to hula hoops, fads and fashions and the timeless struggles of Boy Vs Girl, Boy Vs Rival Boy, Boy Vs Alarm-Clock, Boy Vs Girl’s Father and every permutation in between.

All these stories were subsequently included in the massive first compilation in The Best of Archie Americana series along with the sequel Best of the Fifties Book 2.