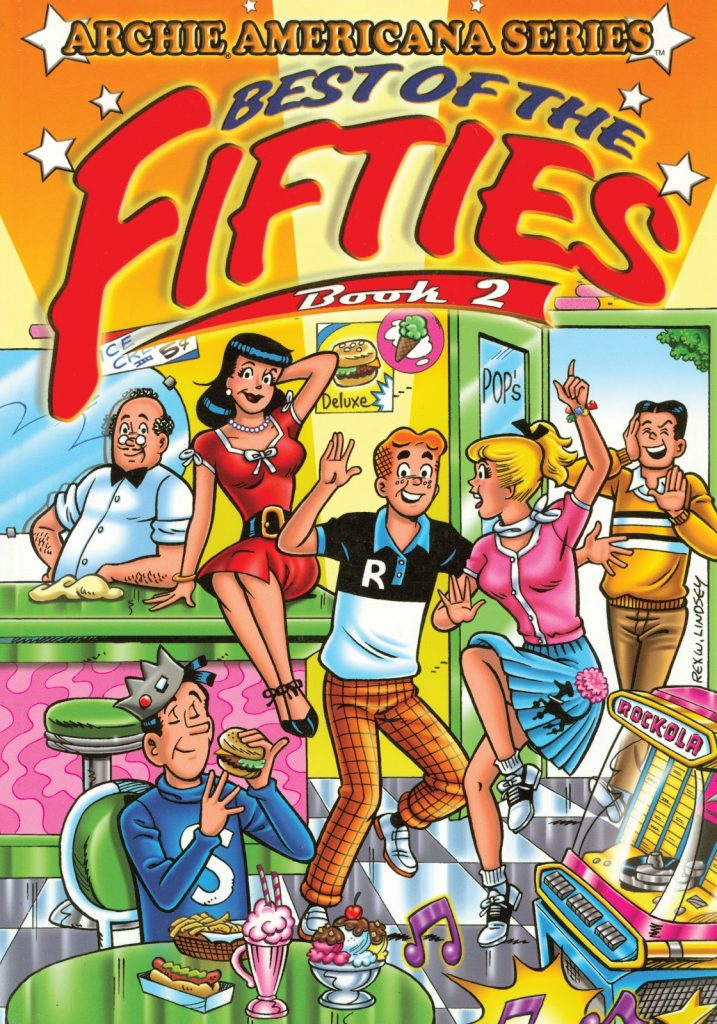 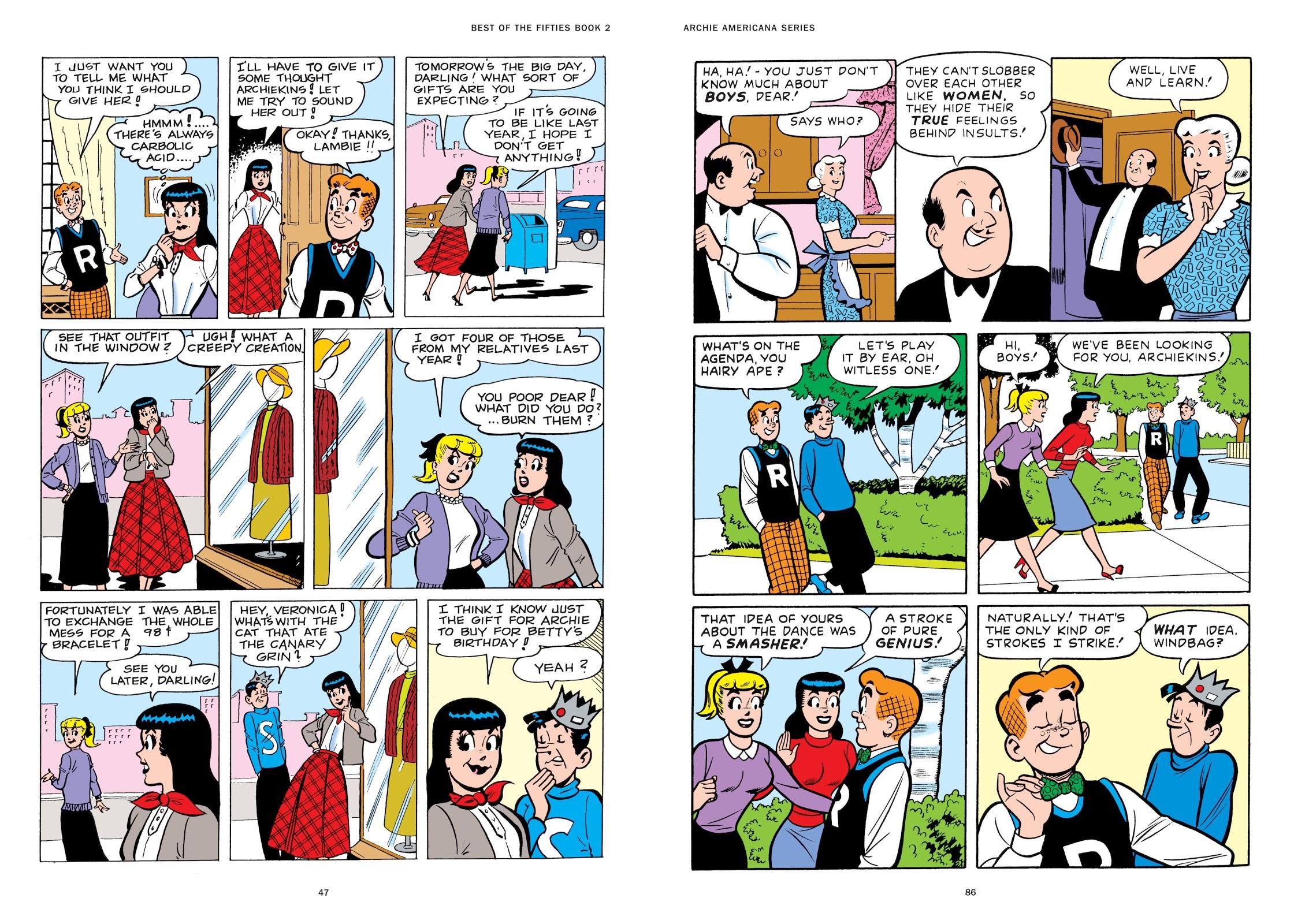 By the 1950s Archie had really come into his own as a wholesome commercial juggernaut representing an idealised American middle class. He had his own title, was the lead feature in two others, and before the earliest material reprinted in this selection, both Jughead and Betty and Veronica had graduated to solo titles. The company name was changed to Archie in 1946, and throughout the 1950s the franchise expanded by adding ever more titles, their success accelerated by the 1950s being the first decade where teenagers were identified both a phenomenon and having their own disposable income. Paul Castiglia’s introduction explains the concept and how Archie’s designation as “America’s Typical Teenager” followed.

The sixteen stories presented here are culled from five different titles, with Betty & Veronica providing well over half, although in practice there’s little difference in tone. Archie still appears in their stories, it’s just that they don’t start with him. The first 1950s volume cherry-picked the landmark stories, but the wonder of Archie Comics is that the quality level is so sustained, almost any story can be considered representative, and these items are in no way second best.

Feeding contemporary trends into the strips has always been a speciality, and some presented here have lasted longer than others. The TV quiz show with prizes, then relatively new, has become a network staple, while the fad of coonskin hats for kids prompted by the Davy Crockett TV show was shorter lived.

Rougher edges among the artists have been ironed out by the 1950s, and George Frese provides smooth cartooning with his sample page from one of the collection’s best stories, as Veronica’s mean-spirited suggestions prove a mistake. The comedy survives despite an old fashioned department store where hats are supplied in boxes. Hats are a big thing, what with Jughead looking like he wears his Christmas cracker supply all year round, and the women’s hats would be long past their time were it not for their perpetuation by Britain’s horse racing community. Some references are now completely inexplicable. “Tossing a pier six” anyone?

In addition to the expected regulars, there’s an early Moose appearance, and what’s in effect a solo outing for teenage genius Dilton, although in the guise of a Betty and Veronica story, and in another of their strips Betty and Veronica switch hair colour. In terms of art, by the end of the 1950s Dan DeCarlo and Harry Lucey were the artists of choice, heavily featured toward the end of the collection. Both are solid, polished and while DeCarlo now has the credit deserved, Lucey (sample right) remains under-rated. There’s a natural liveliness about his people, and the cast shine when he illustrates them.

Some situations and fads have dated, but there’s a timeless quality to the art and scripts, so as the 1950s disappear ever further into the past, these stories still have something to offer. The later, bulkier publication The Best of Archie Americana: The Golden Age combines these stories with those from the two 1940s collections. The Best of the Sixties is next.

Archie have been sadly remiss with the credits, so they’re taken from the extremely useful Grand Comics Database. However while, Frank Doyle has been identified as writing a couple of stories, the other writers remain anonymous.