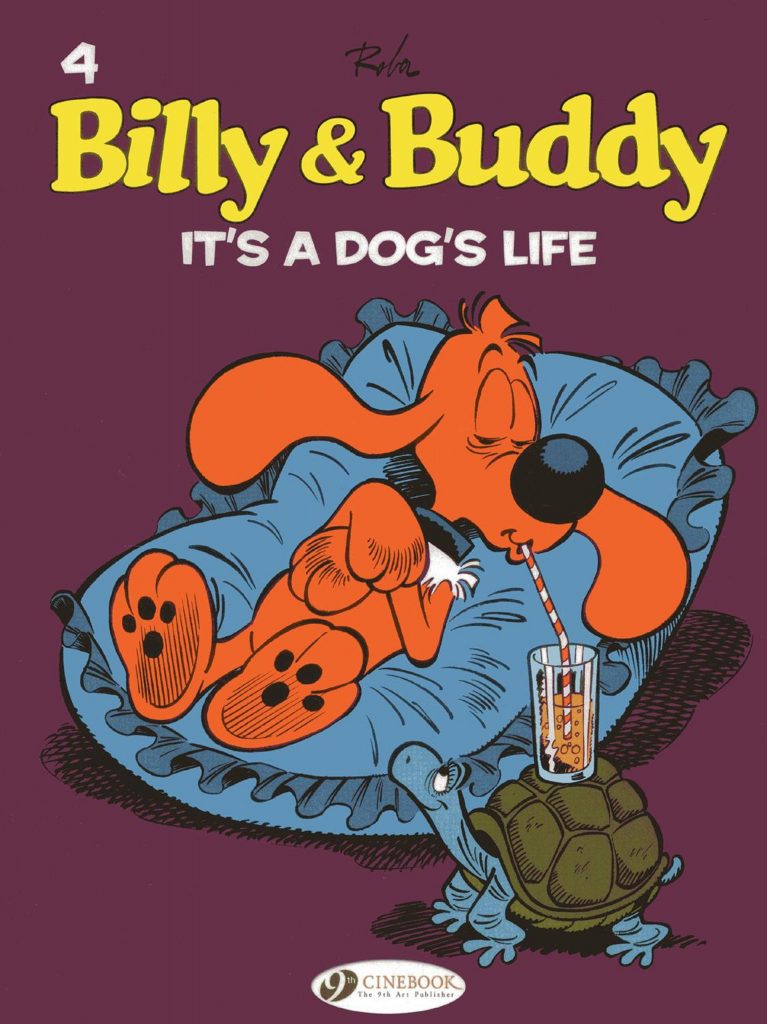 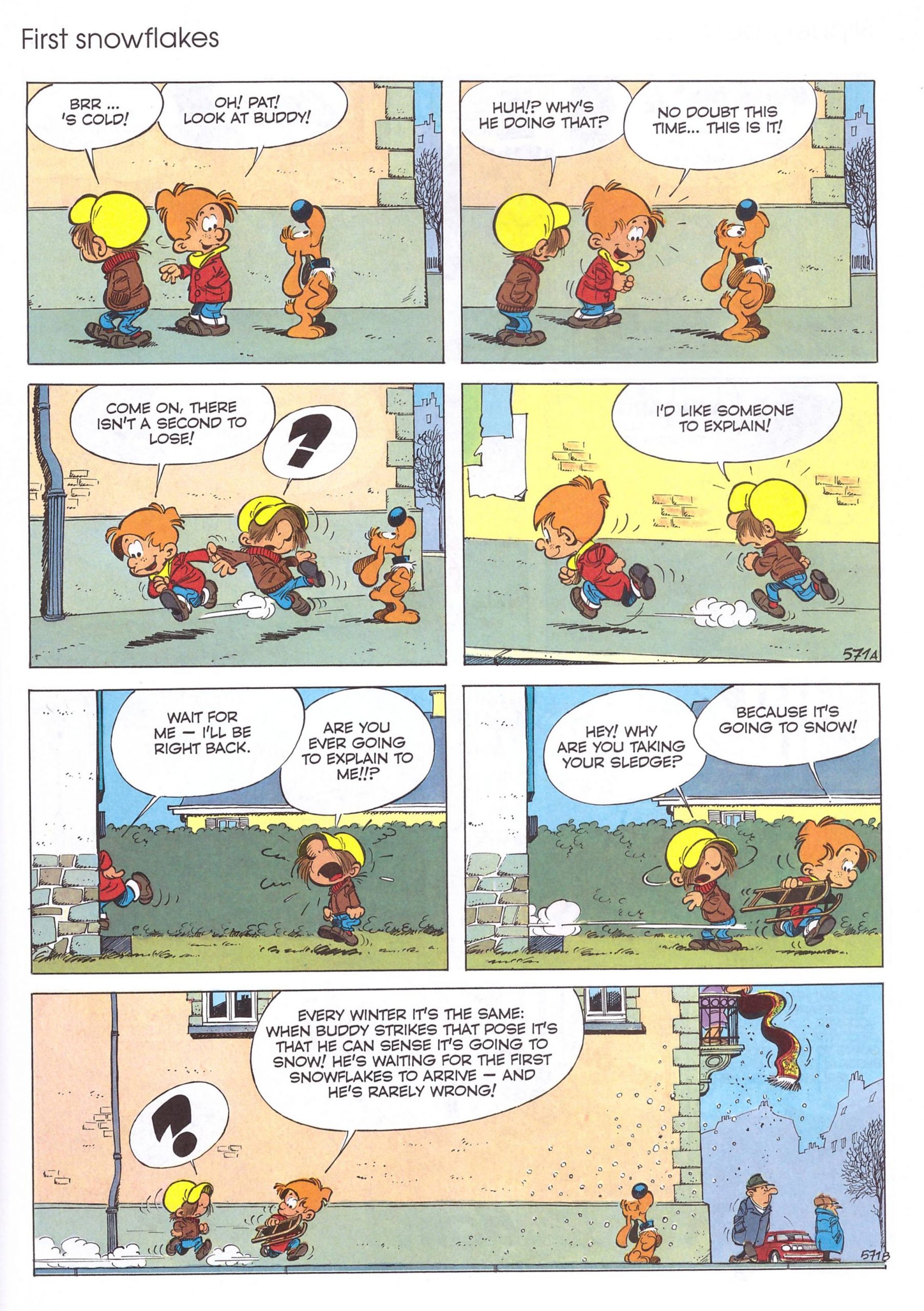 Cinebook’s fourth Billy & Buddy collection is the ninth chronologically, although as the albums are compilations of one page gags, there’s little concern about which order they’re read in. It’s such a frustrating series. The work of Jean Roba the cartoonist is to drool over. The figures are beautifully drawn and placed in simple, but fully realised backgrounds, and the cartooning is so evocative. Strips follow a course from summer through autumn into winter and each season provides the artistic full splendour of nature. The work of Jean Roba the writer, however, is another matter.

This collection dates from the early 1970s, by which time Roba’s formularised eight panel gag strips were a fixture on the back cover of French weekly comic Spirou, and there was no arguing with popularity like that. There’s a similarity between the contrived scenarios Roba supplies and the never quite real world of the Beano and Dandy strips since the 1950s, but the difference is the British cartoonists taking far more effort to work out a sequence for their gags, using more panels. Some of these punchlines are almost haphazardly applied, and because Roba so frequently takes eight panels to supply what’s essentially a three panel set-up and punchline gag, the wait deflates an already not very inspired joke. The sample page is a prime example. The added puzzle for today’s younger readers is that none of them will be familiar with the old custom of beating the dust from rugs, surely already dated when Roba conceived the strip.

Better to revel in the visual joy with which Roba recreates childhood, and not be too concerned about the jokes. The following Clowning Around jumps forward thirty years to present the work of Roba’s successor Laurent Verron.