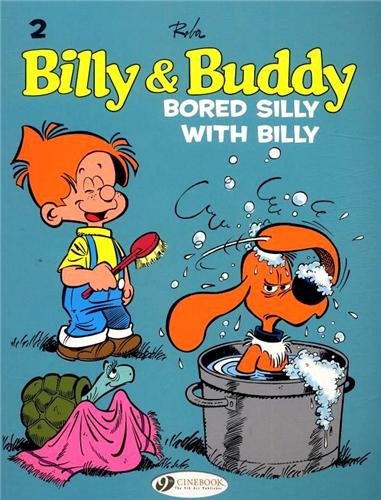 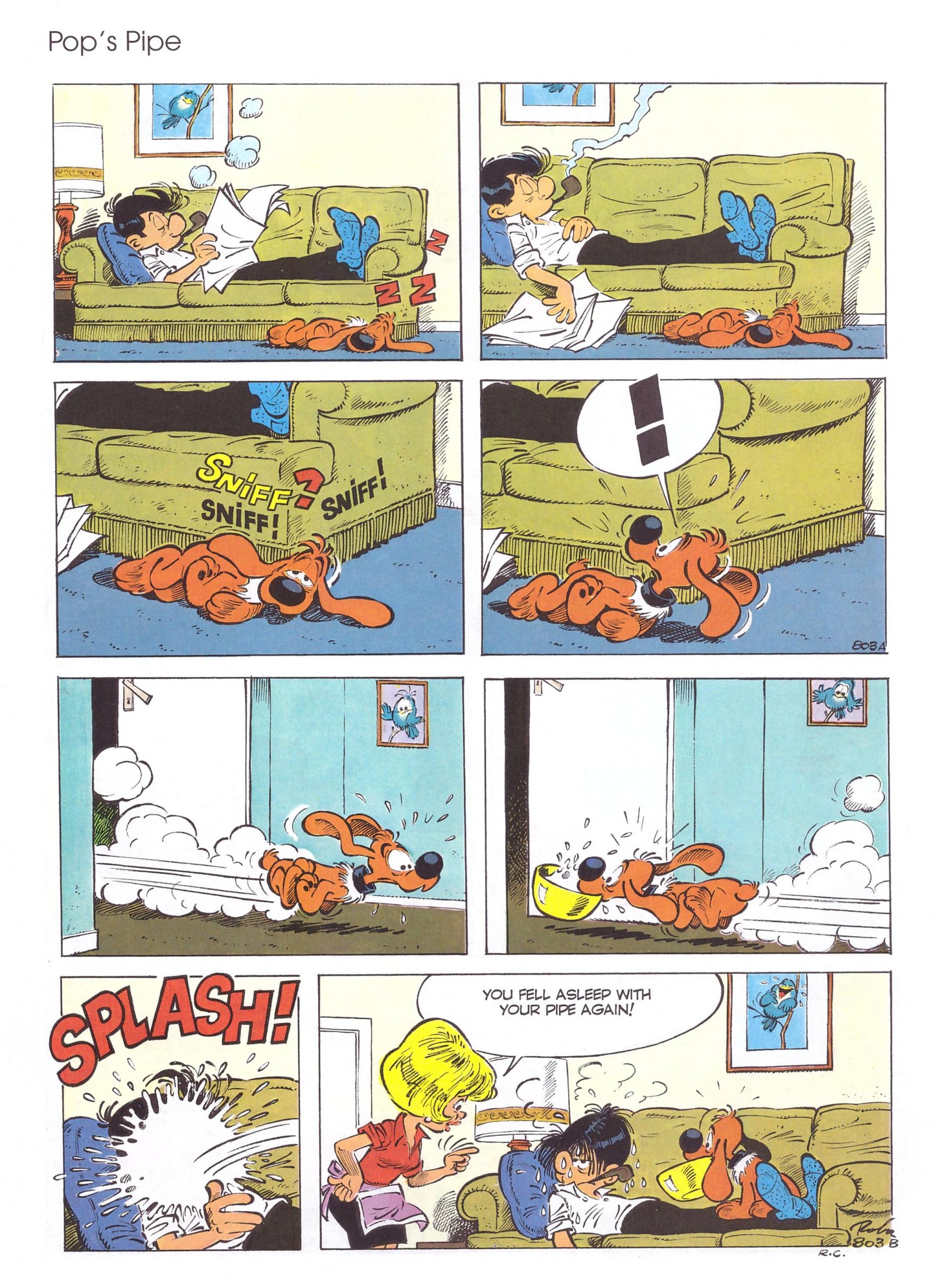 Bored Silly With Billy jumps forward a decade from the 1967 content of Remember This, Buddy? Ford Capris in the background and a strip set around a Polaroid camera indicate the 1970s, but you’d have to be told this material is from 1977 as in ten years Jean Roba’s made no changes at all to a successful formula. This is still loveable rumpled Billy and his dog and best pal Buddy questioning life, tormenting Billy’s father and hunting down bones. That last one’s more Buddy than Billy, although reversing the scenario might have livened the strip up.

While there’s no questioning Roba’s beautiful and lively cartooning, his scripts, while not always predictable, rarely raise more than a smile of appreciation. Part of that is down to the limitation of a full page gag strip. In terms of comedy timing eight panels isn’t the ideal format for set-up and punchline. It extends the natural pacing and strains the joke. That’s not the entire reason, though, as Roba only very occasionally defies expectation. Millions of Europeans didn’t feel that way as Billy & Buddy was a fixture on Spirou’s back page for decades.

The sample page supplies a slightly greater sense of the surreal punctuating the cosy domestic strips, the additional whimsical touch of the bird in the picture elevating the example, but such flights of fancy are all too rare. A strip with a chimney sweep has more than a touch of André Franquin’s appealing clutter to it, and there’s some great personality to a strip featuring a butcher and a greengrocer both lounging outside their shops. These are exceptions to the standard formula. Billy & Buddy is considered a classic strip, up there with the Franco/Belgian greats, but the only appeal of predictable gags here is visual.

Cinebook’s next release is Friends First.