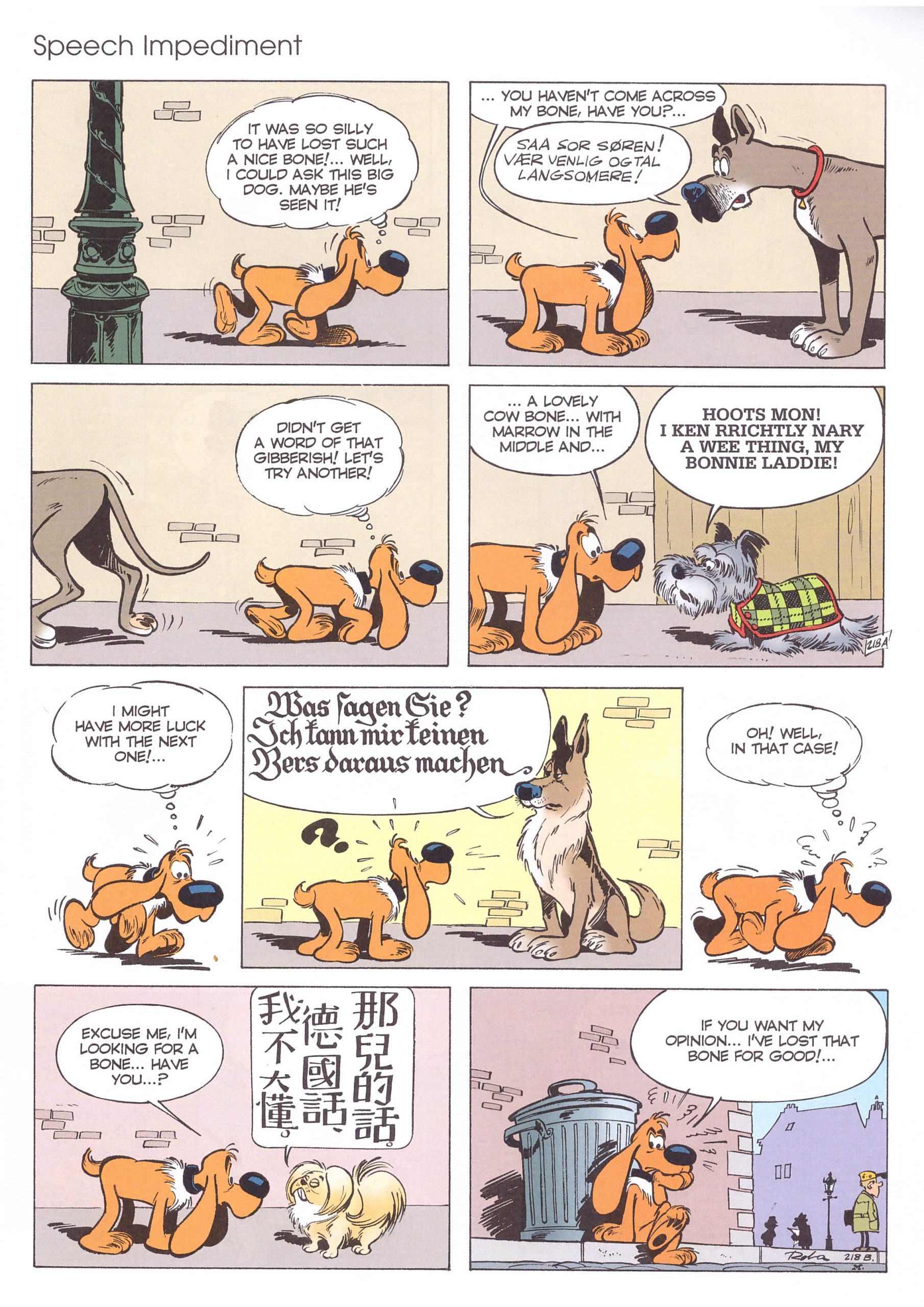 Billy & Buddy, or Boule et Bill as it’s known in Belgium and France, was created by Jean Roba in 1959, and the comedy mishaps of the young boy and his dog sustained his career thereafter. Roba produced 25 French albums collecting the strip before he handed over the feature to Laurent Verron, who began assisting Roba in the 1980s. Cinebook aren’t publishing the much-loved series chronologically. There’s no real need other than showing how the art was refined. Roba established the single page gag formula from the start, when he was already a gifted cartoonist, so the only differences between earlier strips and later strips are likely to be references to technology. This selection corresponds with the fourth French album, first compiled in 1967.

In the European editions Bill is the cocker spaniel, but in English Billy is the red haired lad, inquisitive, lively and tenacious, while Buddy is more companion than pet. The most frequently seen additional character is Billy’s long-suffering father, usually attempting to impose some discipline or coping with the consequences of his son’s youthful energy. Roba’s is a gentle sense of humour manifesting in what are generally eight panel gags, often inspired by his own family life, his son’s nickname being Bouboule, and the Roba household home to a cocker spaniel. Presenting Billy & Buddy on the back page of the weekly Spirou magazine initially meant following strict Catholic guidelines about misbehaving children, so it’s Buddy who generally gets up to no good, while Billy has energy and curiosity, but will do as his father says.

Occasional gags are credited to other writers. Some are supplied by the mysterious Ismaël, about whom even the exhaustive Bdgest site have no information. Neither do they mention Vick, who could possibly be regular Spirou contributor Vicq (Raymond Antoine), while Mittéï was the regular alias of Jean Mariette.

Roba’s cartooning is a lesson in clarity, stripped back to simplicity without there ever being a sense of minimalism. As the sample page displays, Buddy is a lively cartoon dog, and Roba enjoys featuring other breeds to play off him, rarely using the same type of dog twice.

While the technical craft is to be admired, Billy and Buddy isn’t one of those all-ages strips likely to impress readers wanting something adventurous from their children’s comics. The traditionalism is embedded with the charm and generates smiles rather than belly laughs. Bored Silly With Billy is next, jumping forward ten years to strips from 1977. 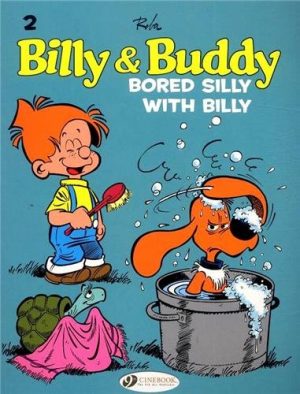 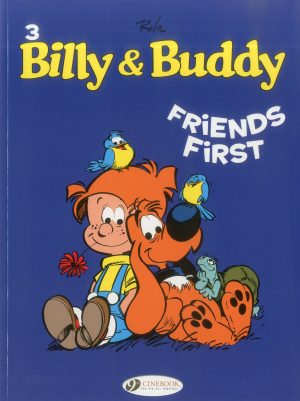