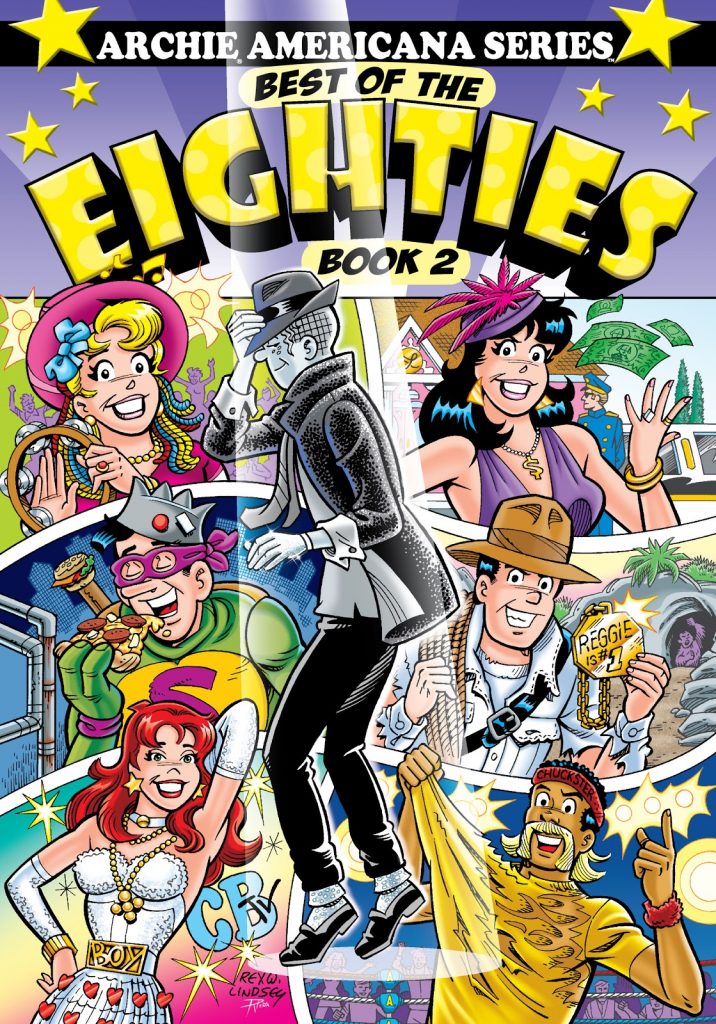 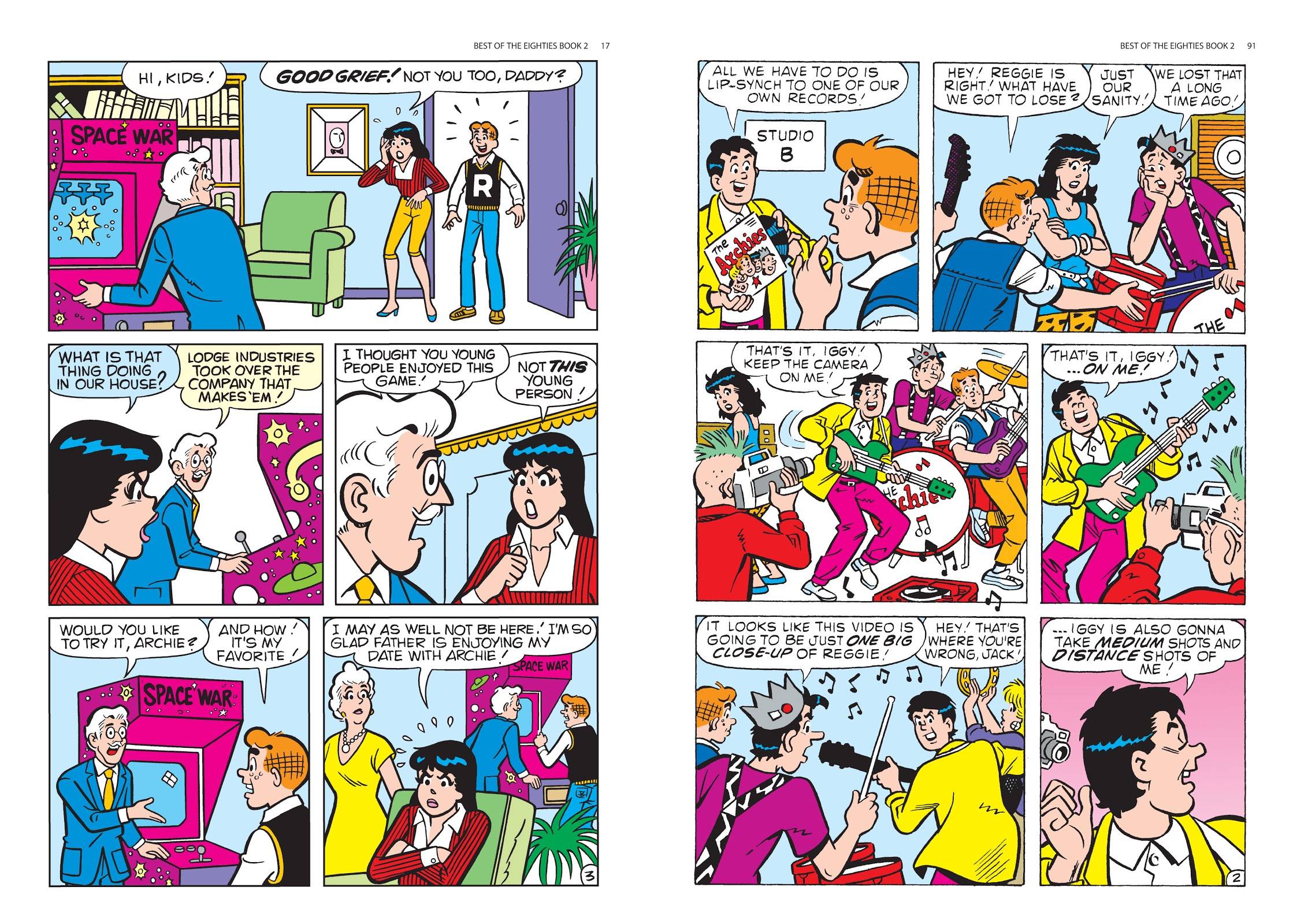 Archie has thrived by constantly reinventing its core characters, seamlessly adapting to the changing world, shamelessly co-opting youth, pop culture and fashion trends into its infallible mix of slapstick and young romance. Every social revolution has been painlessly assimilated into the mix.

This second 1980s compendium follows the established pattern of concentrating on fads or themes from the decade. After an introduction from Glenn Scarpelli, son of comic artist Henry and himself a recovering child-star of a 1980s sitcom, the merriment commences with ‘Health Nuts’ by Frank Doyle and Dan DeCarlo wherein spoiled Veronica pops into the new ultra-swish Health Club to be stylish, but receives a rather destabilising shock. In ‘A Zest for the West’ George Gladir and Stan Goldberg have school principal Mr. Weatherbee railing in vain against the inexorable tide of cowboy fashions following America’s rediscovery of all things Country and Western.

Video games and especially Mall Arcades began seducing kids at this time and ‘Test Zest’ by Gladir and Dan DeCarlo Jr finds Archie ignoring both his dream dates for the bleeping boxes. However, where Ronnie spits and pouts, Betty finds a way to turn the situation to her advantage, whilst Jughead proves that old-fashioned cunning beats speed, coordination and practise every time in ‘Game Acclaim’ by Gladir and Goldberg from 1983. Another modern mainstay just beginning to proliferate was computers and Mr. Weatherbee makes a grave mistake in Doyle and DeCarlo’s ‘Input and Output’, letting that Andrews boy program the school’s first ever bit of kit.

Stories regularly spoof popular movies, TV shows and bands and in ‘Scheme Scamp’ Gladir and DeCarlo Jr. have our hero and scurvy rich-kid rival Reggie battle long and hard to secure an interview for the school paper with hot girl band “the Ga-Ga’s”. ‘Cable Caboodle’ by Gladir and Goldberg in 1984 describes the joys and pitfalls of the cable TV revolution, and the same team’s subsequent ‘A Flair for Wear’ finds occasional bubblegum pop-stars the Archies making their first promotional video.

Still focusing on the music scene the Archies support King of Pop Jackie Maxon (think about it: he has sparkly clothes and weird pets) and end up trying to keep his diary out of the hands of sleazy reporters in ‘The Book’ by Gladir and Goldberg. 1985’s ‘Fashion Frolic’ by Gladir and Hy Eisman has Mr. Weatherbee trying to quell the outrageous clothes the kids wear to class.

Ed Berdej, Dan & James DeCarlo lambast action blockbusters with chilling accuracy in ‘Dimrider’, whilst ‘Delightful Dilemma’ by Gladir and DeCarlo Jr. returns to the basics of Betty and Veronica duelling over their oblivious “Archie-kins”. Gladir and Goldberg’s ‘Rock ‘n’ Rassle’ references the revitalised, ultra-glamourised “sport” of televised wrestling, and Punk hits Riverdale High hard in ‘Out of the Ordinary’ by Nate Butler and DeCarlo. Our feckless star falls for leather-studded bad-girl Tina, leading to a startling new look for the freckle-faced fool.

Movie madness once more inspires mockery and mirth in ‘Robo-Teen’ by Gladir and Rex Lindsay from 1989, as Archie suffers a tragic ski-boarding mishap, before ‘Shlock Rock’ by Gladir and Goldberg wraps up the reminiscent drollery with a barbed satire on the budding MTV generation.

These are effective and impressive stories, and always concentrating on fashions, fads, and the eternal divide between rebellious teens and fun-thwarting adults achieves a kind of timeless permanence. Then is still now, due in large part to the overwhelming power of good writing and brilliant art, which will captivate any audience of any age. Both 1980s collectios are combined with the 1990s in Best of Archie Americana: The Bronze Age. 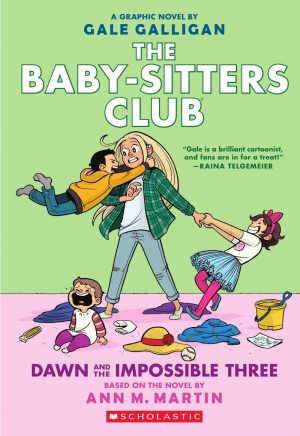 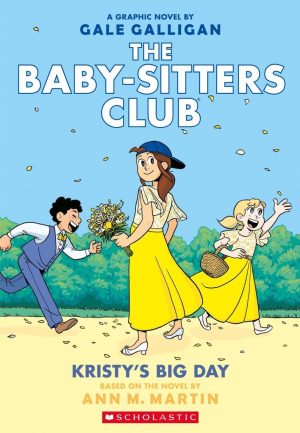