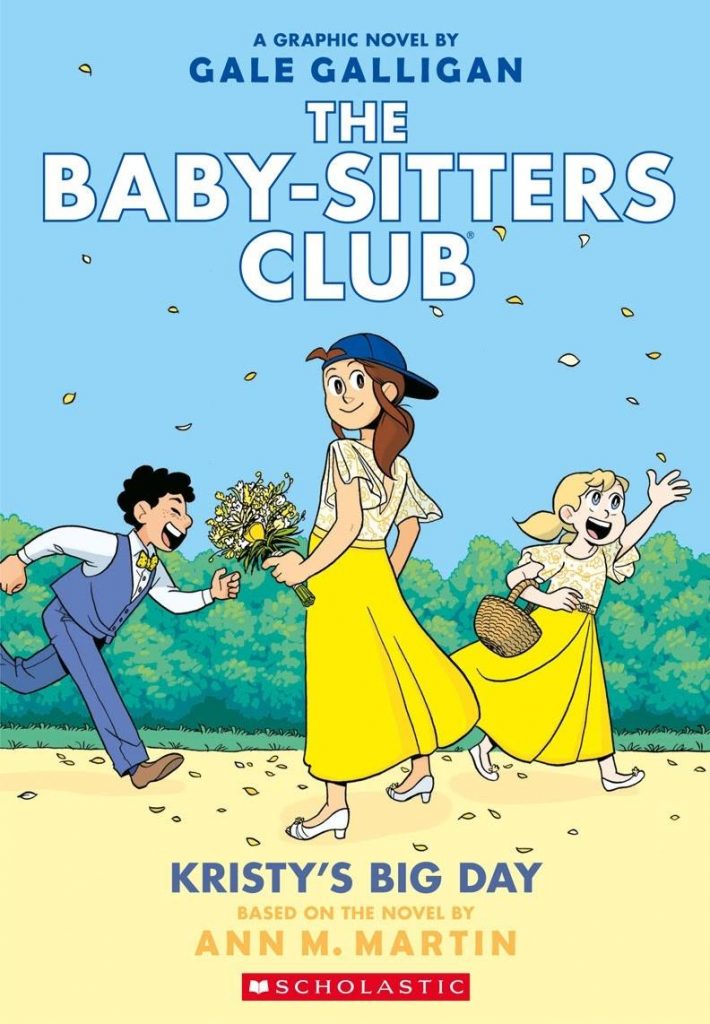 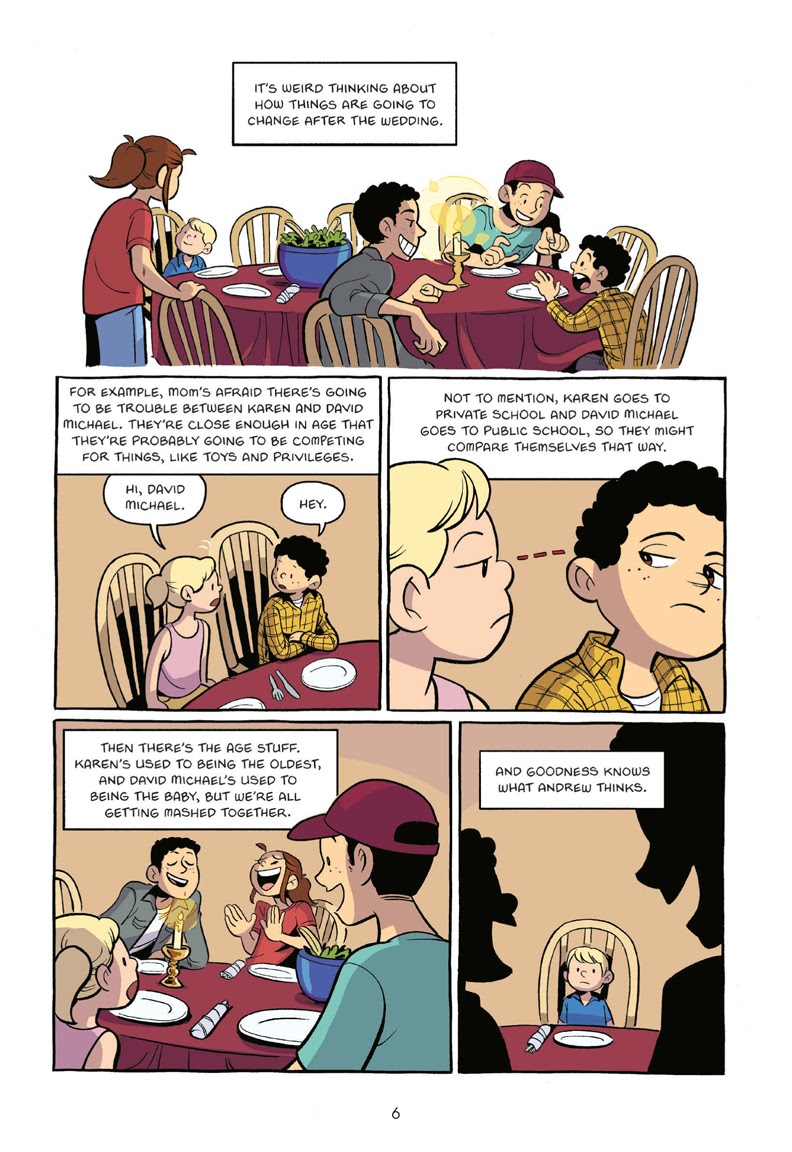 With each of the five core babysitters club members having now had a story with their name in the title, the spotlight circles back around to Kristy, whose idea the club was in the first place. She began the series resenting her mother’s new partner Watson, but has gradually realised she’s being unreasonable. She likes his children, and eventually came to like him. She’s happy enough to see her mother married now, and to be part of a new family, but as revealed in Dawn and the Impossible Three, it’ll mean moving to the other side of town. How will that impact on the club’s service?

As before, and showcased on the sample art, Ann M. Martin’s intuitive not just about what impacts on young girls, but on what affects the larger family. By the second chapter multiple spanners have been thrown in the works, all of them threatening to derail a happy wedding. Still, life’s like that sometimes, and Martin manipulates the circumstances masterfully.

This is Gale Galligan’s second adaptation, and she’s becoming a little more expansive and adventurous with the art, and there are touches showing her slightly moving it toward her own style, seen when Kristy’s woken up in the morning. There’s a great spread of all six club members being seen for the first time in this story that should be available as a poster, and the same could apply to the actual wedding spread near the end. Galligan is now adding more background detail and moving the viewpoint a little further out. Her touches in breaking down the story are also apparent, with the young girl audience surely loving the idea of assorted bridesmaid dresses being illustrated over a page.

Because the wedding and the consequent problems affect the entire family, we see more of Kristy’s brothers, generally restricted to a cameo in which they’re a nuisance before, and Kristy’s grandmother is introduced along with multiple other family members. One complication is club business, as multiple sittings have to be combined. Considering Martin wrote the novel before spreadsheet technology, much pencil and paper must have been used working out the assorted combinations. It leads to the novel’s centrepiece of a fourteen-kid sitting session over several days. It’s a creative sequence, featuring assorted glitches, most capably solved, and shows how skilful the girls have become since the first story.

This is another delight, with an added bonus being a lesson on how to draw flowers. Because it’s already been adapted, Claudia and Mean Janine is jumped from the running order of the original novels to arrive at Boy-Crazy Stacey next.