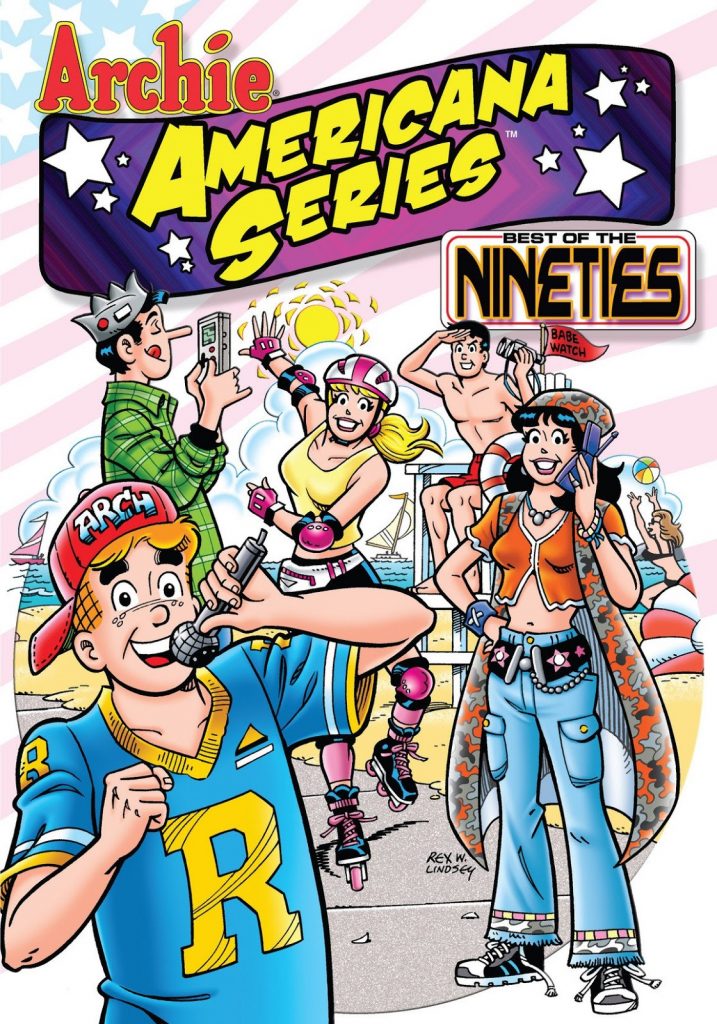 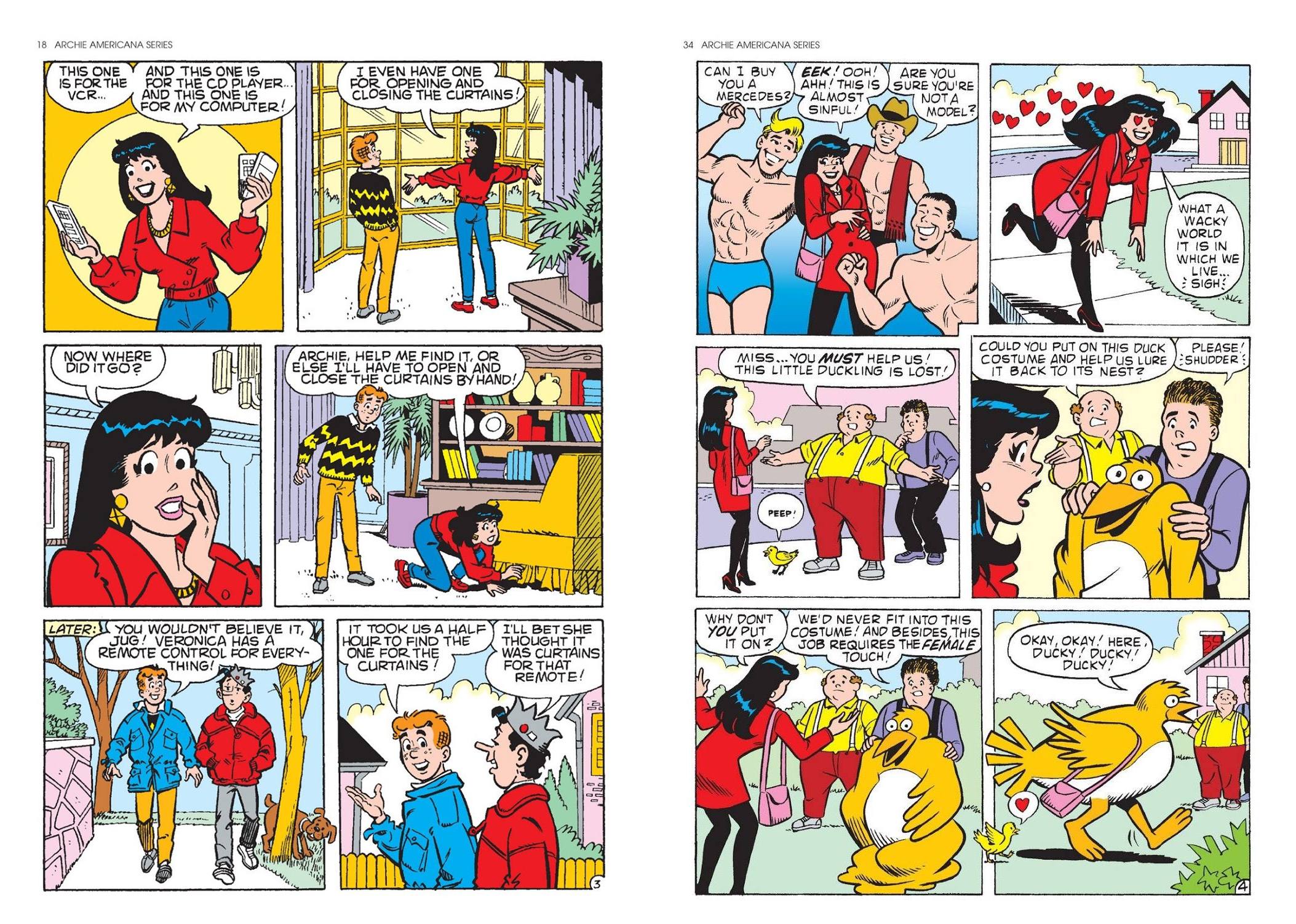 By the early 1990s Archie was fifty years old, which is knocking on a bit for America’s Favourite Teenager. Still, there was no shortage of Archie fans, either following him and his mates in the numerous monthly comics they occupied, or via all sorts of other media alternatives. With that sort of success complacency might set in, and the 1980s collections indicate it had at Archie, yet the 1990s brought a renewal of the franchise with new creators willing to take Archie, Betty, Jughead and Veronica into new areas, and throw them into new formats. Not everything was a success, but efforts were made. However, for all the innovations editor Paul Castiglia notes in his introduction, they don’t extend to Archie’s positively Victorian attitude to supplying credits for work gathered in a 2008 publication. Once again, thanks are due to the Grand Comic Database for filling in the gaps.

As has been the case for the collections looking at previous decades, this first volume catalogues fads and technical advances. We start with the misfortunes of Mr. Andrews buying a phone answering machine, and end with Veronica maintaining online friendships. In between we see Archie and pals shooting video footage for a TV show, TV remotes, a satellite dish and mullets, along with Barney, Howard Stern and Beverly Hills 90120 pastiches. While technology has made some of the devices redundant, including celebrities is a reminder of how fleeting that life can be. In 1998 Hanson were ubiquitous enough to feature in a Betty and Veronica tale, yet here it requires a dredge of the memory to land on who pastiche band The Jansans might be. Of course, whatever the invention or the celebrity, they’re just an excuse for formulating the slapstick around them, with Archie as accident prone and clumsy as he’s ever been.

The sample art contrasts old hand Stan Goldberg (left) with then newcomer Dan Parent, whose writing and artistic talents sustain the Archie line to this day, but Archie have always employed fine cartoonists, and that certainly didn’t change in the 1990s. Plenty of Dan DeCarlo strips feature, and Jeff Shultz is also notable among the newer artists in Joe Edwards’ story about Ronnie’s e-mail going down. Despite an influx of new talent, George Gladir remains the most creative and least predictable of the writers.

Best of the Nineties Vol. 2 is better for being a selection of stories with a broader scope than the decade’s fads, but this is a solid laughfest with some great cartooning.