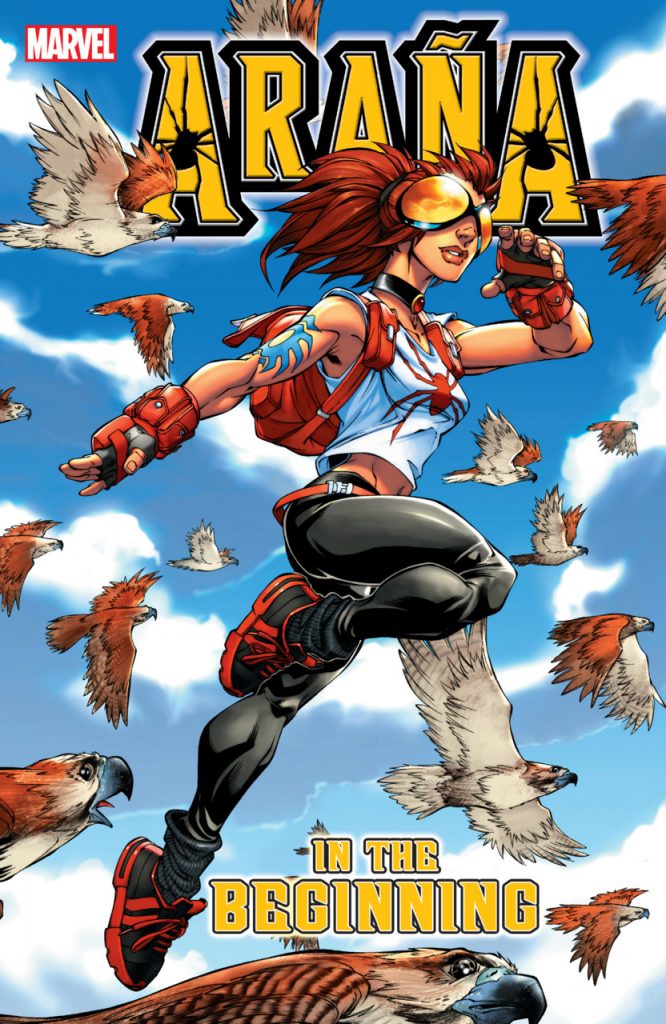 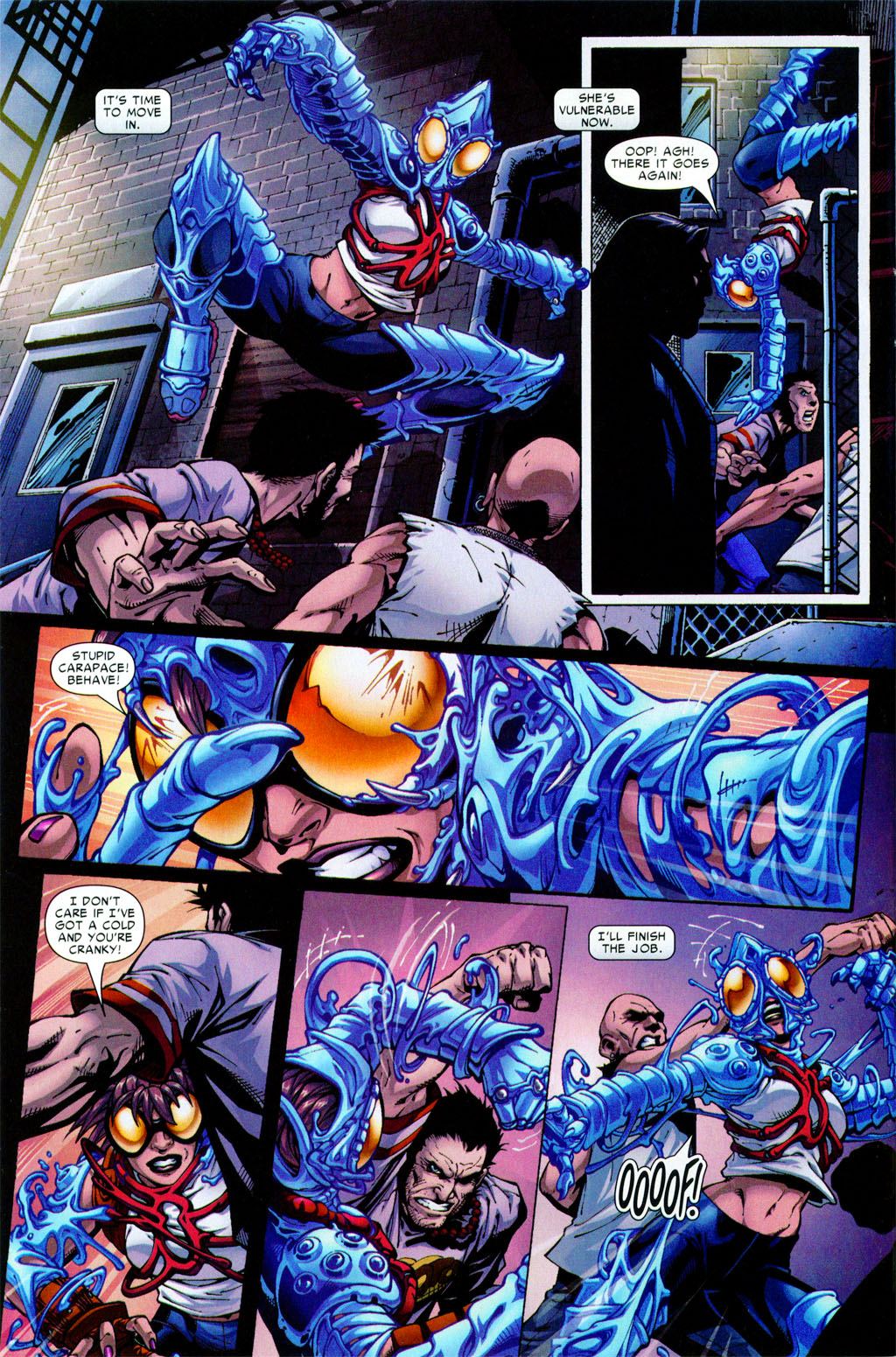 The title may lead you to believe otherwise, but this isn’t the start of Anya Corazon’s superhero career as Araña, which began in Heart of the Spider. Her life changed the day she met the mysterious Miguel, being told about the secret Spider Society that works behind the scenes as an institution named Webcorps to keep the world safe, and about their main enemies the Sisterhood of the Wasp. Anya was always destined to develop spider-related abilities, and a natural athleticism and gymnastic ability is heightened by a protective armour, although as seen from the sample page, it’s strangely selective about what it protects. The background was supplied in Heart of the Spider, and a now more confident Araña works with Miguel, although still has a few lessons to learn about partnership and back-up. She’s also having a hard time allocating her hours between superhero activity and school work.

Fiona Avery ratchets up the tension and drama by integrating elements of Anya’s superhero life with her ordinary activities, not least by the good twist of having Araña’s new enemy enrol at her high school. Twists are Avery’s speciality. Strip them away and it’s obvious that Araña is constructed to the Spider-Man template, but Avery works out clever ways to make things different. Her equivalent of spider-sense, for instance activates automatically, reacting to a threat, but it also triggers her protective armour, which in turn could lead to her other identity being randomly revealed complicating her life far beyond anything Peter Parker has to deal with.

Roger Cruz was one of two artists on the previous book, but it’s entirely his precise and effective storytelling here. The way he draws Anya’s spiky hair is neat, almost mangaesque, while his cast are lively and almost always in motion.

There’s another dose of enjoyment to be had here, and Anya’s adventures continue in Night of the Hunter, while In the Beginning is combined with Heart of the Spider in the slightly bulkier format Here Comes the Spider-Girl.