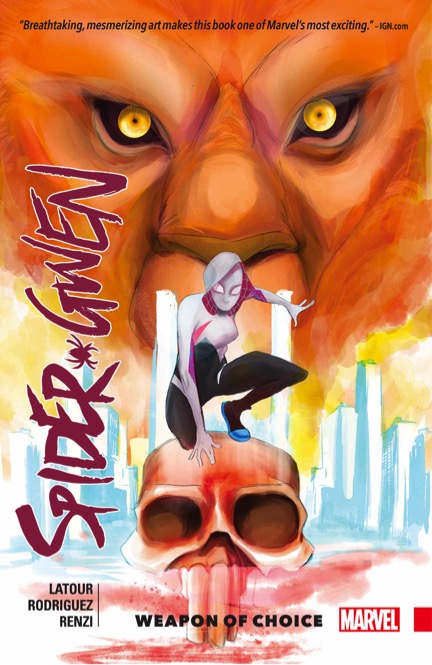 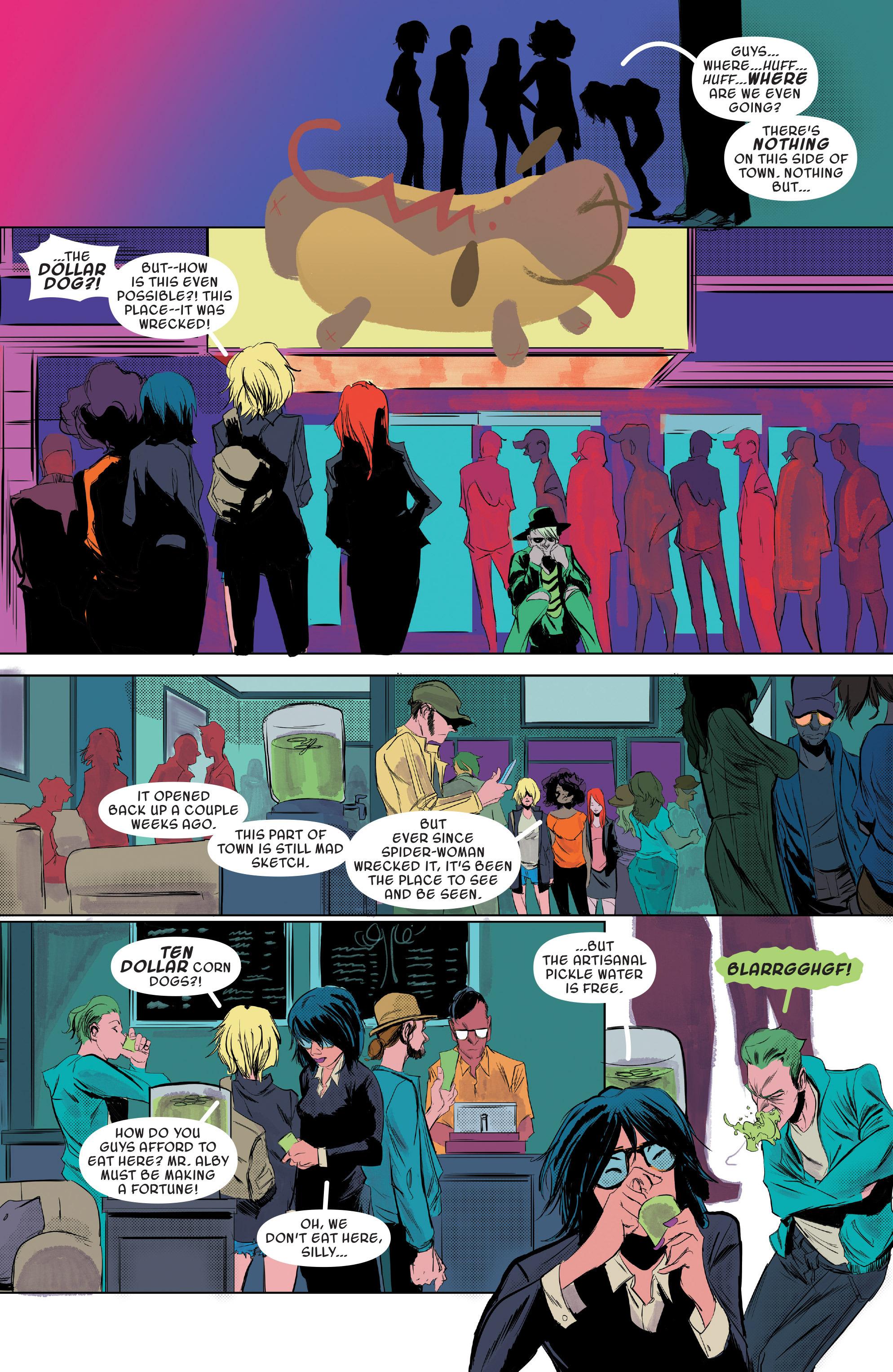 Jason Latour and Robbi Rodriguez continue the story of the alternate Earth Gwen Stacy from Greater Power, but, unfortunately, Weapon of Choice is short on quality.

Gwen Stacy is finding it increasingly difficult to keep her identity as Spider-Woman a secret. This is mostly due to an overzealous detective Frank Castle, who is hell bent on proving she’s Spider-Woman in order to show the inadequacies of her father, George Stacy, as Police Chief. In an issue that was frustratingly missing from this volume (but found in Spider-Women), Gwen has been stripped of her powers by a villain and must face the inevitability of the end of her time in the Spidey suit.

At times, Rico Renzi’s colours push past the subpar storyline, using a purple and pink palette, and shading different spaces, with Rodriguez being responsible for the fantastic blacks. However, the art becomes sloppy, changing style (sometimes mid-story), and in one panel Gwen’s neck is three times longer than any normal human’s. Rodriguez’s art is rushed and what was once a redeeming feature is increasingly becoming more problematic.

On a positive note, Spider-Gwen is beginning to rely less on the deus ex machina of characters from Earth-616, and attempting to fight her own battles. However, she still seeks constant help from “higher profile” heroes like the Kingpin or Matt Murdock. The volume ends with a Halloween tale that doesn’t push the plot along, yet it’s truer to the fun-loving Spider-Man jokes than anything previously.

A missing character returns for the finale. Gwen hasn’t revealed her identity to anyone, yet the Mary Janes and May Parker are beginning to relate Gwen’s disappearances with the appearances of Spider-Woman. While Weapon of Choice has fewer high profile characters stealing the spotlight, it does not give Gwen enough agency over being Spider-Woman. Instead, it focuses on Frank Castle’s revenge and Gwen’s worrying. She appears far removed from the confident heroine introduced in Most Wanted?, and struggles with her identities. Maybe Long Distance will offer an improvement.