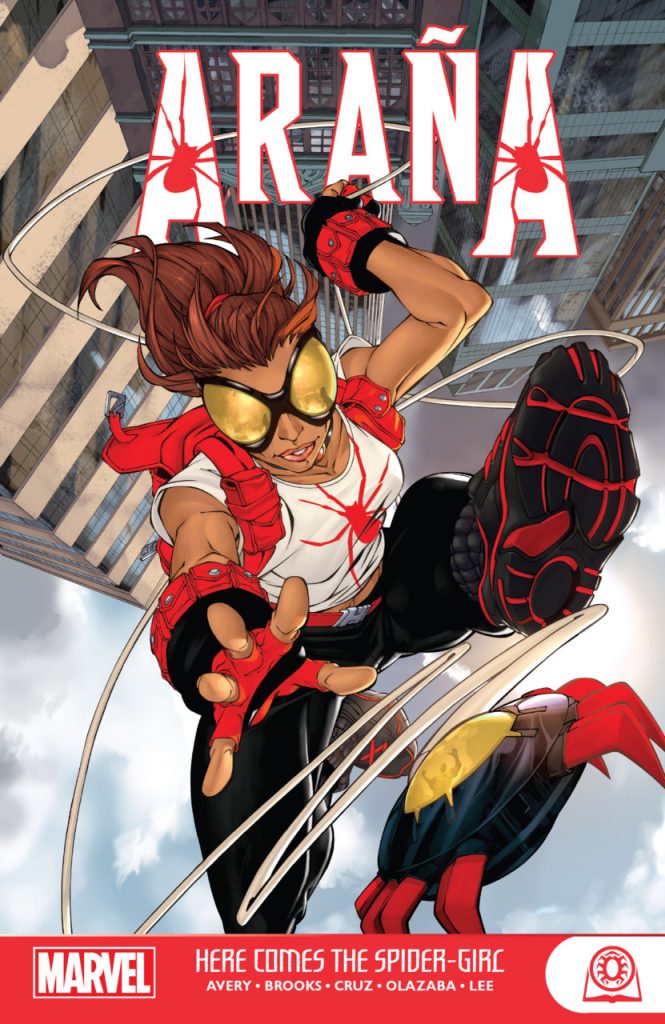 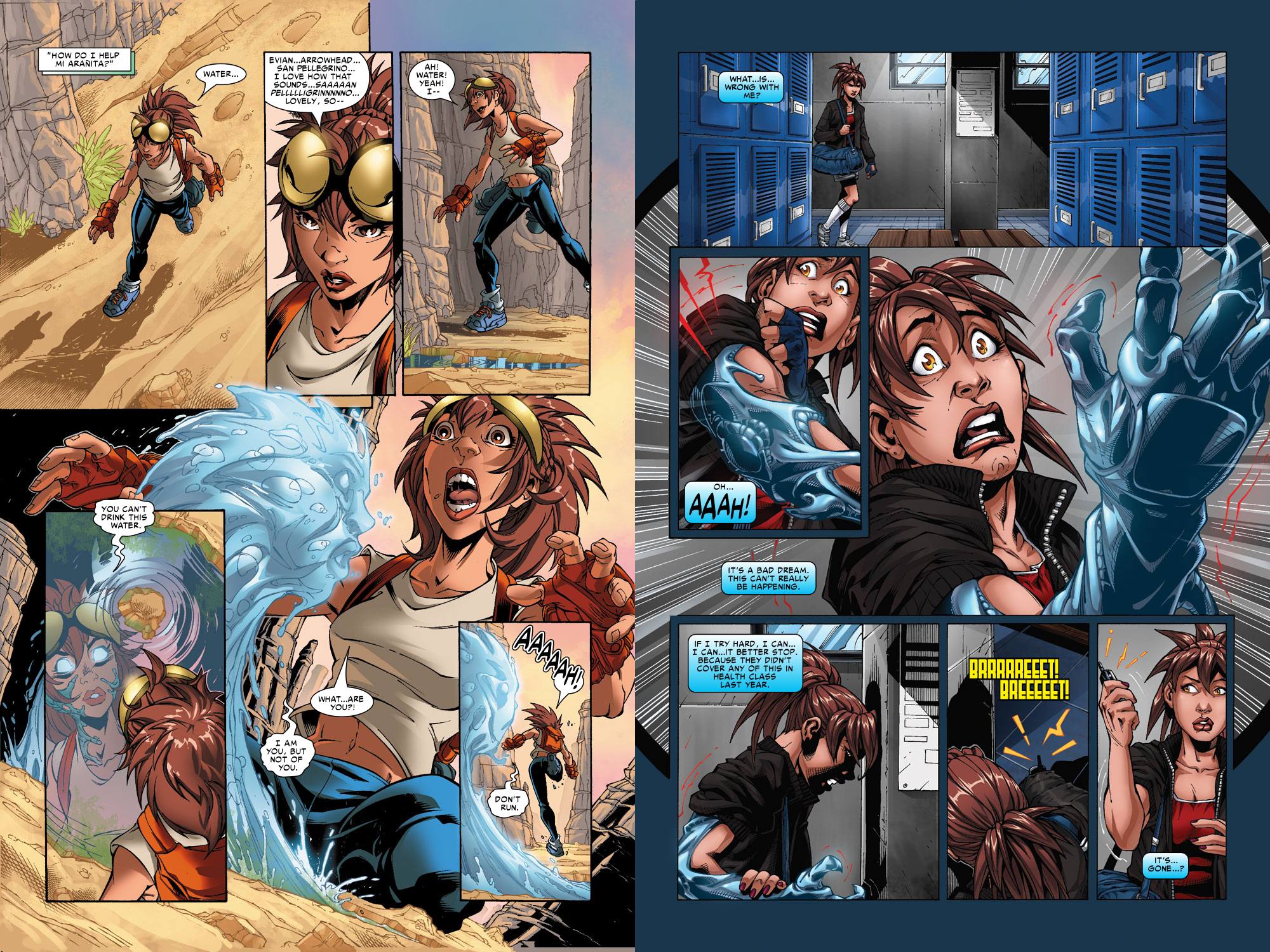 Araña is a series that works well for writer Fiona Avery twisting about her influences. It’s basically Spider-Man meets Buffy the Vampire Slayer, with fifteen year old Anya Corazon inducted into a centuries-old secret organisation, the Spider Society, that protects the world from evil, most prominently the Sisterhood of the Wasp. Much of the background is revealed over these twelve chapters, previously available in digest paperbacks titled Heart of the Spider and In the Beginning.

She may work for the Spider Society (or Webcorps as they are in the 21st century), and her chosen name translates from the Spanish as Spider, but there’s actually very little spider-like about Anya, who combines phenomenal athletic and gymnastic ability with an inherited talent. That’s the generation of protective armour, although as that automatically activates when danger threatens, Anya’s version of spider-sense is as likely to give away her other identity as it protects her. The construction of the Spider Society is that a designated Hunter, in this case Anya, is bonded with a Mage, Miguel, whose abilities are more nebulous, and while the organisation dates back centuries, it embraces modern technology, with a valuable asset being the hacker Ted.

Roger Cruz ends up drawing most of the collection, but Mark Brooks illustrates four chapters nearer the start. There’s very little to choose between the artists. Both have a fine sense about how to tell a story while keeping the action flowing, with Brooks slightly more sympathetic when it comes to the emotional content, and Cruz exaggerating slightly more, but that’s being picky. Araña’s armoured costume, the manifestation very much influenced by Witchblade, has dated very quickly, and considering it’s supposed to offer protection, the decision to leave the chest unprotected to enable a spider-motif to be seen prioritises design over practicality.

Anya’s confident to begin with, and Avery also makes her very adaptable. She displays little shock at what she’s become, nor at coping with what’s thrown at her, which is consistent with the character introduced at the start, who won’t back down when she knows she’s right. We see Anya at home, at school and with Webcorps, and for all three locations Avery provides a captivating supporting cast, while gradually explaining the mysteries of what Anya now is. A nice touch is having her mortal enemy enrol at her school, and that plays out unpredictably and dramatically. Araña didn’t have a long run as a solo character, but the two-thirds of it collected here is fun.

If captivated by Anya’s activities, and there’s no reason not to be, then they continue in Night of the Hunter.