Araña: Heart of the Spider 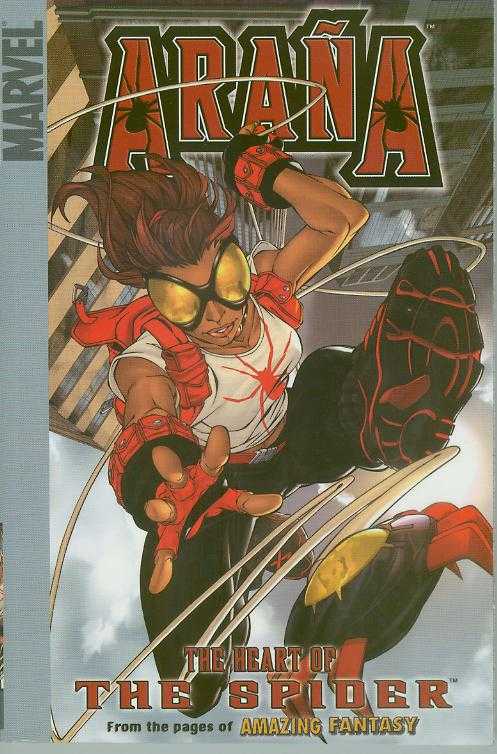 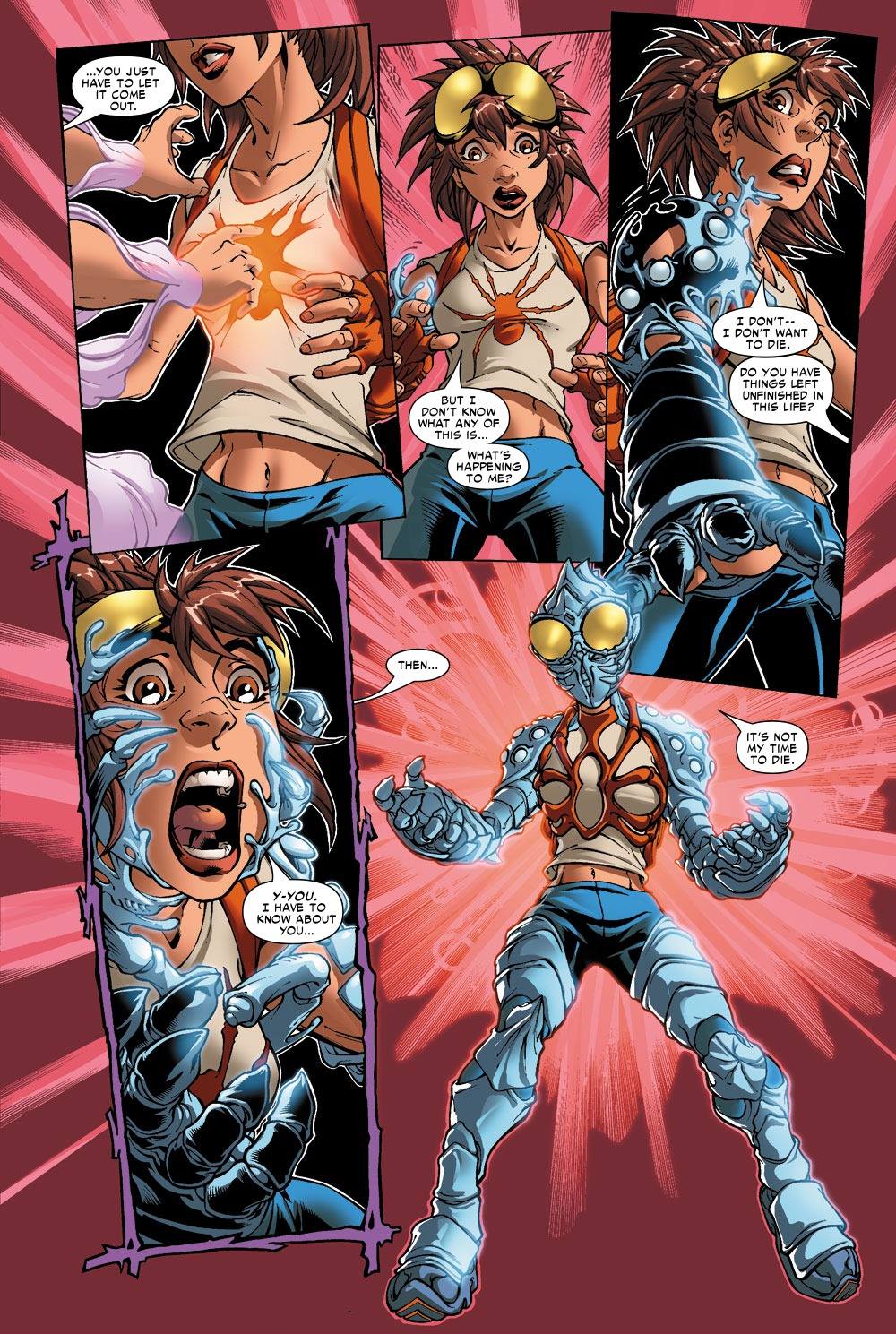 In the early 21st century there was a considerable expansion of Marvel characters with spider-related powers. It’s hardly a stretch to assume a major corporation was diversifying their line before anyone else had the idea, but the results stand or fall on the quality. Araña achieved nowhere near the popularity of her contemporary Miles Morales, yet as supplied in Heart of the Spider by Fiona Avery and Mark Brooks her adventures are fun and her personality sassy.

Anya’s always had to stand up for herself, and that’s led to trouble, as she’s never been inclined to back down, even when the odds are stacked against her. It’s what ensures she’s in the wrong place at the wrong time, and what saves her sees her develop a super power. Avery produces a ramped-up version of Peter Parker becoming Spider-Man, complete with a high school background and a single parent family, although twists the details to make the connections less obvious. She ties Anya’s new abilities in with the Spider Society, then seen in Spider-Man when written by J. Michael Straczynski, although the idea of a competing and evil Sisterhood of the Wasp is surely not the best she’s ever had.

Mark Brooks draws two-thirds of the book, with Roger Cruz illustrating the other two chapters. Both work in slightly different styles of cartoon realism, and pack their pages with detail and crowds, but Brooks is slightly better with the emotional content. The superhero costume doesn’t appear until the penultimate chapter, Brooks seemingly responsible, and while the idea of tattoo activation is interesting, the result seems copped from Witchblade.

Avery moves the plot along at a pace, introduces a viable supporting cast in all locations, and keeps enough mysteries going to sustain Araña for the long term. Take your bets now on which of her fellow high school students will turn out to be an enemy. The fun is had over six chapters, and In the Beginning continues Anya’s story. Alternatively both books are combined in a bulkier format as Here Comes the Spider-Girl. 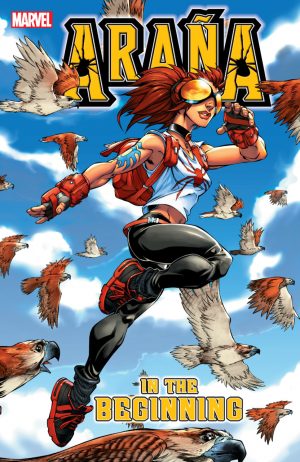 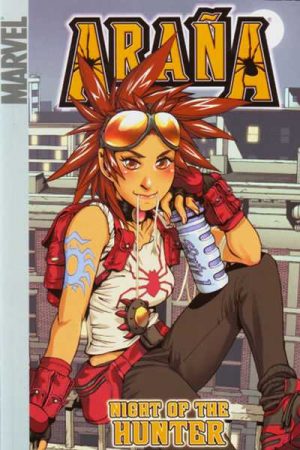 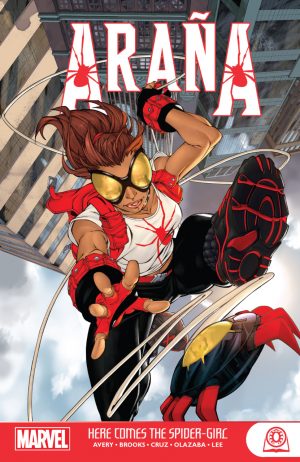 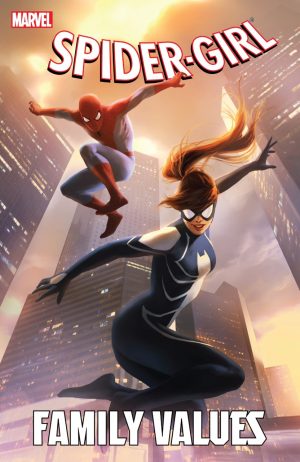