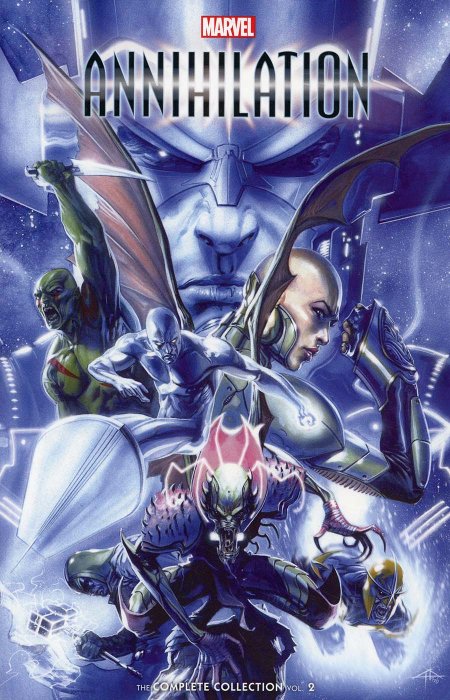 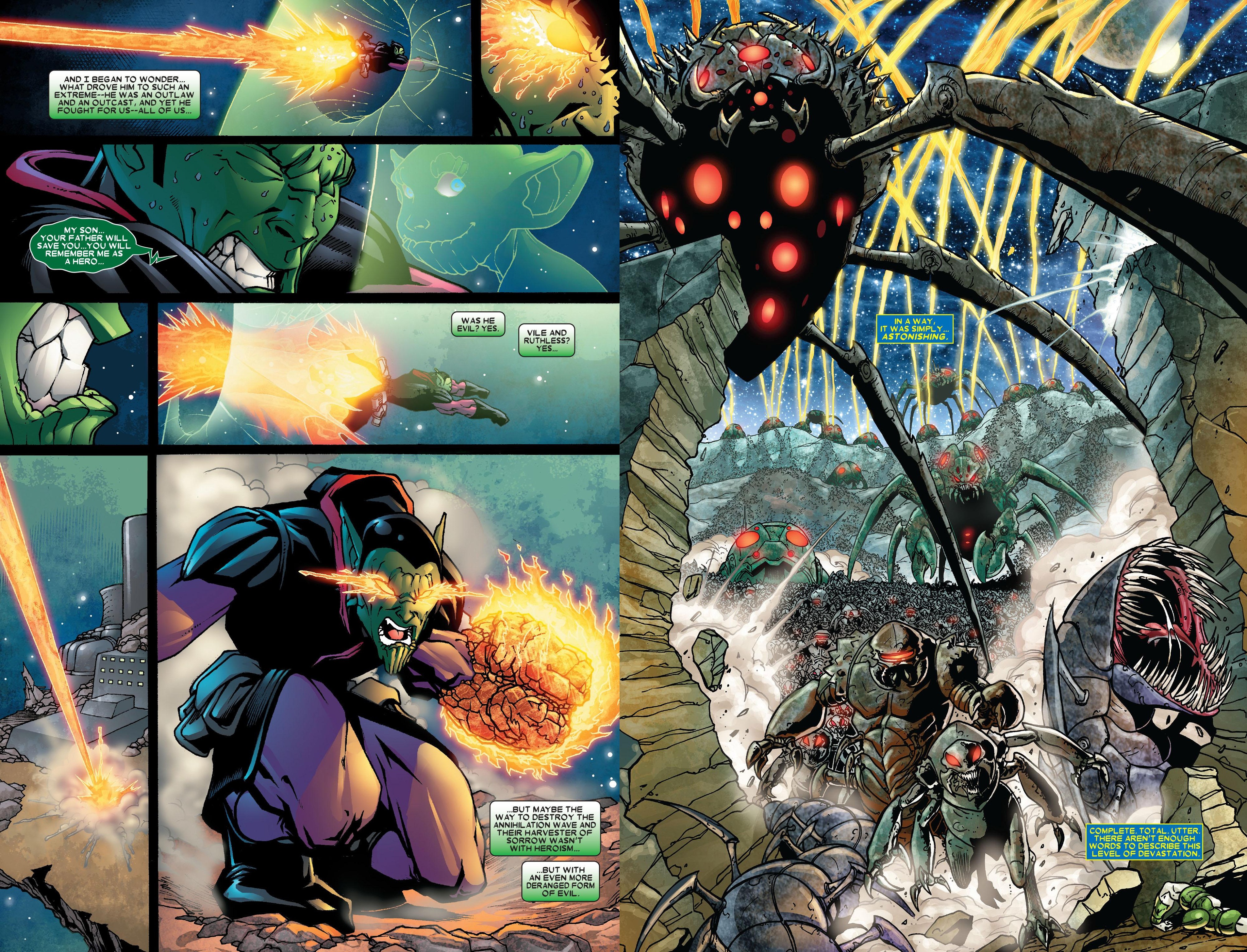 Annihilation is a story that takes some considerable while to wind toward the main event, and while Annihilus’ Annihilation Wave has swept through the galaxy with devastating consequences, volume one of the Complete Collection concerned itself more with dropping in on the characters with core roles to play. It clarified their personalities, and in most cases their motivations, although as far as Annihilus and his ally Thanos are concerned there are still surprises in store.

A final introduction opens this book as Javier Grillo-Marxuach and Greg Titus look at the Super Skrull, the shape-changing alien with the combined powers of the Fantastic Four. As with some of the other spotlights on individual characters, this serves a purpose, incorporates one excellent surprise, introduces a new character with a part to play, but isn’t really that memorable.

That’s not an accusation to be levelled at the six chapter main story, which is a high octane thrill generator with writer Keith Giffen and artist Andrea Divito pulling out all the stops. The opening sequences are presented as a variation of the war films where the heroes have their backs against the wall, cleverly mentioning in passing why several other galactic powers appear missing in action. The screw tightens until it looks very bleak indeed for the heroes, but this is carried out in increments, holding out the possibility of hope. It’s extremely well plotted, and by the halfway point the method by which Galactus and his heralds are powered comes to the forefront, as Thanos investigates the process. The characterisation of Annihilus himself is interesting, in some ways vague and unknowable as befits an alien life form, and in others he could be a stock strutting despot such as Red Skull. His interaction with Thanos is very diverting.

Freshness and unpredictability is key. Few of the cast rank among Marvel’s primary characters, so there’s a greater leeway with how they can be treated. Giffen’s already made significant changes, to Drax especially, and those have a relevance. His near enough biological imperative is to kill Thanos, and it motivates him through the chaos and tragedy of galactic war, yet the way Giffen resolves that issue is brilliant. The entire story, however, wouldn’t work as well without the adaptability of Divito, whose cramped and packed panels convey the chaos of warfare.

Once everything’s been settled and the dust has been cleared, a few shorter stories take a look at the involved characters who’ve once served as heralds for Galactus, with Christos Gage writing some and Giffen others. They tie up a few loose ends while providing a solo run-out for several characters who’ve not had one before, and show an admirable variety in tone, with Cage and Mike McKone on Stardust providing the most disturbing of them.

The main story is incredibly dramatic space warfare, with several bombshells ensuring the pages will turn at Quicksilver speed, and while the remaining content doesn’t match it, neither is any of it sloppy or poor. The varying styles of the different artist means their appeal is matter of personal preference.

Talking of which, this content can be found spread over Annihilation Book Two and Book Three of the original paperback editions, or combined with all other content in the oversized Annihilation Omnibus. 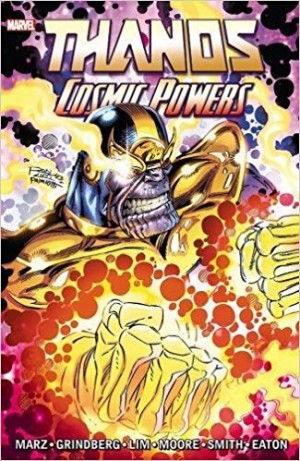