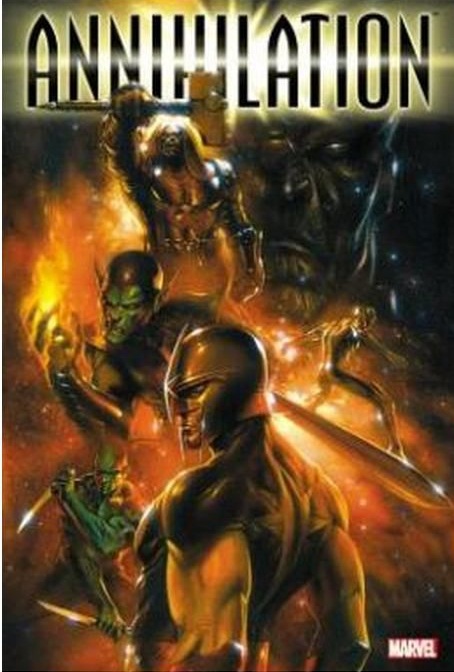 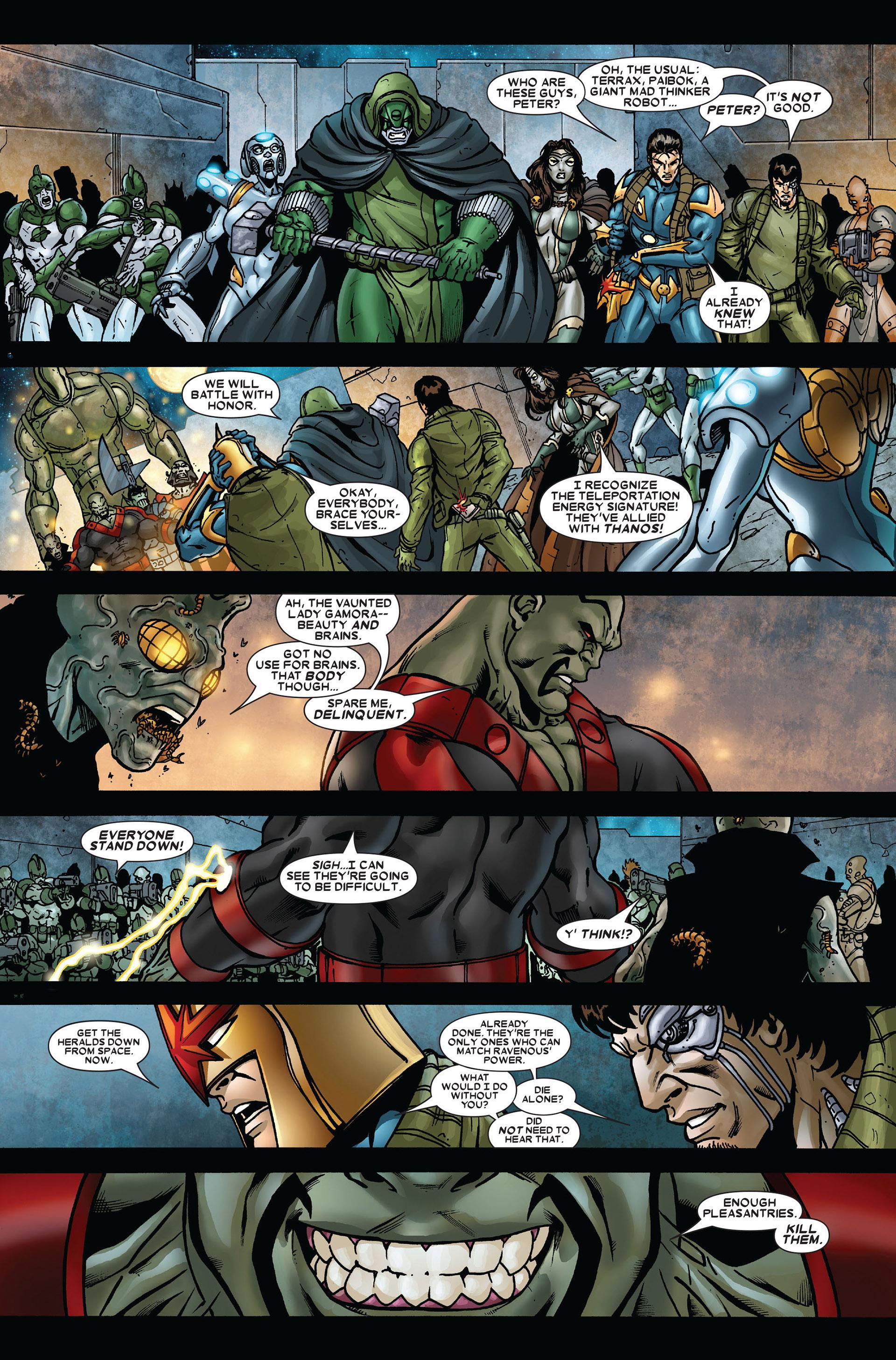 Annihilus, a form of humanoid insect, has long been a threat in the Marvel universe, almost uncontested ruler of the Negative Zone, a nebulous sort of anti-matter area. Key to his evolution was the chance discovery of a device he calls the Cosmic Control Rod. It’s enabled him to maintain control over the billions of insectoid subjects. Ever since first meeting the Fantastic Four he’s harboured notions of adding the regular universe to his territory, and an upgrade in Thanos vs Hulk began the process of the Annihilation Wave. Also pivotal was finding a nexus between the Negative Zone and the known universe, through which he launched his vast armada of insectoid troops.

Annihilation is very ambitious, with Keith Giffen the prime motivator, involving almost all Marvel’s major characters based on planets other than Earth. An immediate bonuses of this selection process is that very few of Marvel’s headliners originate from the wider universe, so it avoids the predictability of knowing Spider-Man’s always going to survive in the end, if not smelling of roses.

This Omnibus edition breaks down into around three-quarters prologue, a little under a quarter main event, and a series of brief epilogues following assorted former heralds of Galactus in mopping up exercises. The real thrill is the main event, beginning with a desperate bunch of characters united on a remote planet where they’re making a last stand against the Annihilation Wave. If it fails, the universe falls. It’s six high octane and unpredictable chapters of desperation, with Giffen and artist Andrea Divito really knocking the story out of the park. Giffen remains true to the characters (although some have been modified earlier), and while the earlier material seemed to have characters with no actual purpose in the bigger scheme of things, this is only very rarely the case.

The preludes are more of a mixed bunch. Drax the Destroyer crash lands on Earth, then in turn Nova, Silver Surfer, Ronan and Super-Skrull all encounter manifestations of the Annihilation Wave, with almost all of them coming off second best. These episodes further introduce Galactus and Thanos into the mix, alongside some new characters with parts to play on the bigger stage. The most interesting of these is Cammi, almost eleven year old resident of a small Alaskan town near where Drax crash lands in the first story. She is someone whose overall purpose is never clarified, but she’s very interesting when she’s around. The best of the prologues is the desperation of Nova by Dan Abnett, Andy Lanning and Kev Walker, having the most direct involvement as the Annihilation Wave first hits.

An Omnibus format always shows the art to better effect, and with the likes of Scott Kolins, Renato Arlem and Divito there are some excellent artists involved. However, if your budget is a little tighter, trade paperbacks titled Book One, Book Two and Book Three are available, with the last of them the essential purchase. Alternatively, in 2018 the material was re-ordered into two bulky paperbacks of Annihilation: The Complete Collection.