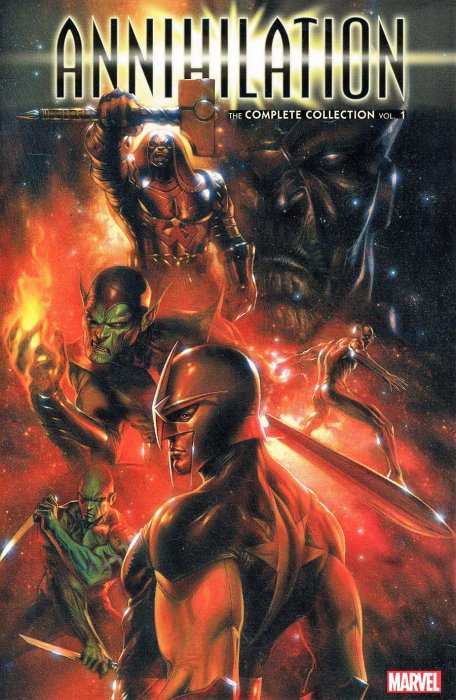 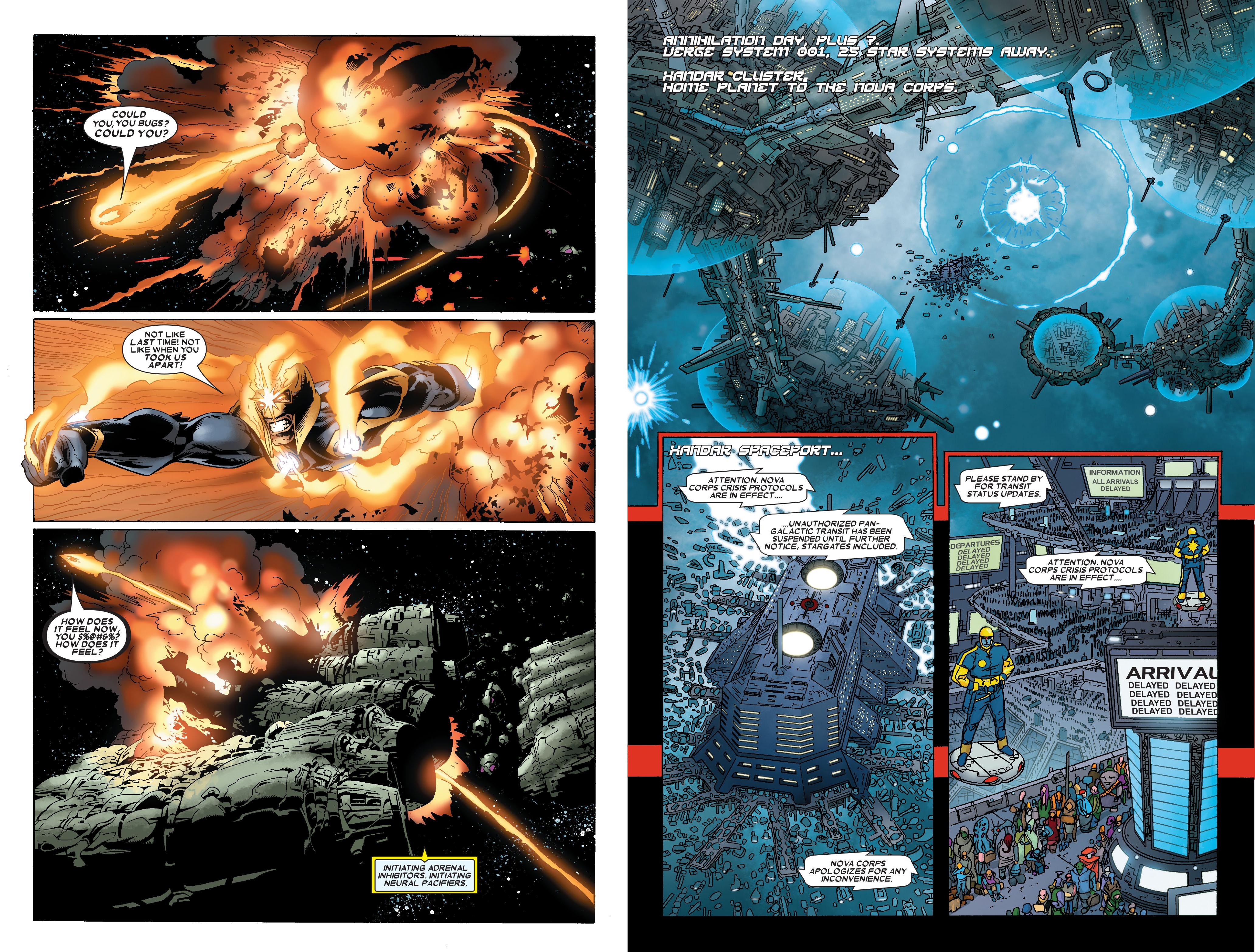 In 2006 Annihilation was a successful reconciliation of Marvel’s characters based on alien planets away from Earth. It was ambitious, and for stretches surprising and spectacular, and while subsequent events have changed some of the cast, the better parts of Annihilation are very readable today.

Keith Giffen was the prime motivator, and writes around half of this book. As most of the cast used are hardly Marvel’s A-list properties, Giffen had a free hand to modify, upgrade and kill off at will. In the opening story takes the opportunity to pull Drax back from the ersatz Hulk he’d become, in effect creating the personality later used in Guardians of the Galaxy movies. For fans of that franchise, Gamora and Star-Lord also feature (as do Nebula and Ronan), but differing from what they’d later become.

Giffen edges slowly into events with Drax among several aliens whose prison craft crashes in a remote area of Alaska, scenically drawn by Mitch Breitweiser. Drax picks up one of the series’ great characters, the confident and self-reliant Cammi, almost eleven, and bored as hell where she is. Despite being a joy whenever she appears, she’s also the one character without a cemented role in the bigger picture. That’s prompted by Annihilus, ruler of the Negative Zone, who’s located a passage from there into the Marvel universe, and has launched an incomparably large armada of insectoid aliens. Their first target is Xandar, home of the Nova Corps, and Dan Abnett, Andy Lanning and Kev Walker depict the first consequences of the Annihilation Wave. Walker (sample page left) is a decent artist, but not one concerned with providing the consistently impressive detail of Scott Kolins (sample art right), who draws the prologue chapter, and astounds with the effort put into every page.

Other artwork is provided by Renato Arlem on the Silver Surfer segment, whose space sequences are magnificent, but he isn’t as arresting on other scenes. Jorge Lucas illustrates Ronan’s story, and is unable to settle on a consistent style, his pages swerving wildly between different influences. Exiled Kree Accuser Ronan has a mission to restore his tarnished reputation, and while Simon Furman’s story at first appears to be equally random, there’s an explanation, so stick with it.

This collection combines parts of what was originally Annihilation Book Two with the entirety of Book One, and is largely just prologue. There are some great moments, but they’re embedded in more ordinary material, and it’s only really the forty pages by Giffen and Kolins that sparkle throughout. As the necessary events can be picked up in Vol. 2, and that’s a stronger collection overall, of the two that’s the essential purchase. Alternatively, the entire Annihilation saga is available in a single oversize Omnibus edition.