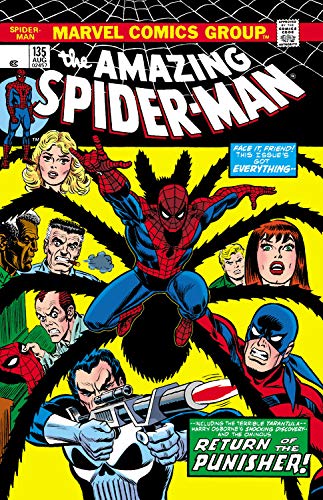 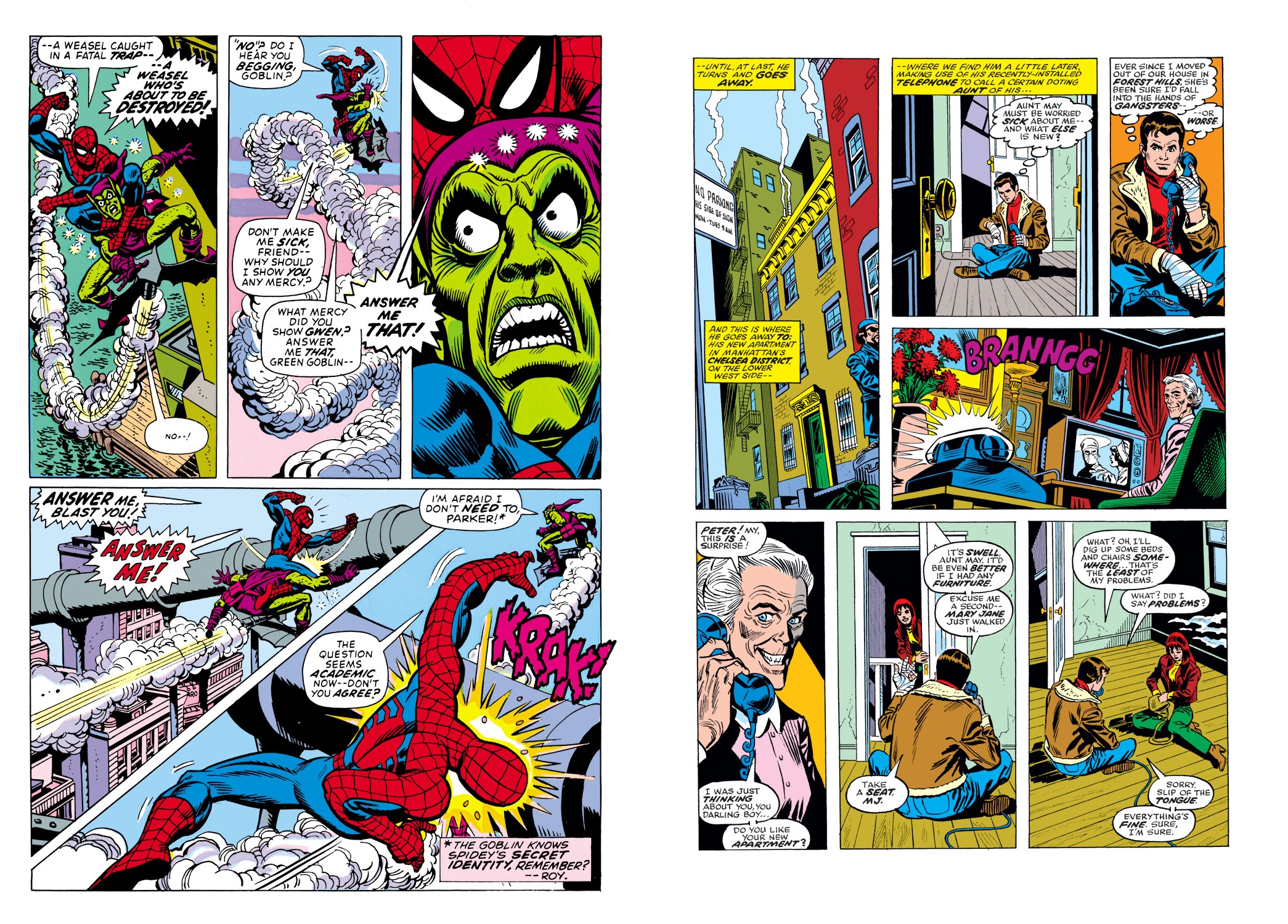 In 1972 Stan Lee finally conceded that he couldn’t combine his duties as Editor in Chief with writing what was then the sole regular Spider-Man title, and this Omnibus combines his final issues with the earliest work of his successor Gerry Conway.

For all Lee’s skill in matching superheroic action with the day to day soap opera of Peter Parker and his friends, during his final months on the title it’s obvious his attention was elsewhere. He reworked old plots, plotted issues for Conway to flesh out, and the new characters he created were uninspired. Conway on his own is far better, reintroducing the novelty, excitement and twists of Spider-Man at his best, making good use of existing villains such as the Green Goblin and the Vulture, and supplying the feature with viable new characters. Man-Wolf, the Punisher, the Jackal, and Hammerhead, although his inspiration is drying up by the final content.

A notable trio of artists draw the stories, with John Romita ending his regular run in the earliest material and Gil Kane (sample art left) responsible for a few issues also. However, Ross Andru (sample art right) pencils more pages than the other artists combined. He’s unsung in comparison, his work more anonymous, but his background is similar, coming from a generation of artists influenced by the standards of newspaper strip illustration, where figurework and composition counted for a lot, and these values shine through his pages, combined with strong storytelling. His Aunt May sometimes appears demented, mind, but no wonder with Doctor Octopus showing up as a lodger. Decent art generally looks better in the oversized Omnibus format, and this is no exception.

Several of Conway’s stories have become notable, if not infamous, the best known being Gwen Stacy’s final bow at the hands of the Green Goblin, a superbly taut thriller, finely balanced between emotion and drama. The Jackal isn’t as impressive in his earliest appearances, an arch, cackling presence setting others on Spider-Man, but had been intended for the long term, and would flourish in stories to be found in the next Omnibus. Less lauded, but a lot of fun is an early story about a gang war between 1930s throwback Hammerhead and Doctor Octopus, although it’s kind to consider Conway’s next role for Doc Ock merely misguided. What was he thinking? Good throughout is Conway’s handling of the soap opera plots. Around 25 years younger than Lee, he was more persuasive about how college students spoke and behaved, and Peter Parker’s life is credibly reorganised, but Conway also has an excellent handle on the irascible J. Jonah Jameson.

This material has been previously available as Marvel Masterworks: The Amazing Spider-Man volumes 12, 13 and 14, and anyone on a budget is advised to head straight for 13 and perhaps not bother with the others. Alternatively there’s the now out of print Essential Spider-Man 5 and 6, where the content is in black and white on pulp paper.